How does the story of America begin?

When encapsulating the country’s essence in musical form, which is the best foot forward with such rich, yet charged, subject matter? The opening moments of a dozen different albums produce a dozen different answers, whether it be a Tom Morello riff or a Boris Gardiner sample.

To be more accurate, it’s as plausibly a biblical allegory as it is an introduction to civilization from the perspective of extraterrestrial life, refracted through the same passage of history like light from a prism. Its abstract lyricism is only matched by its blunt emotional presentation, as gorgeous keys and fluttering flutes propel a chorus of voices — all directed by one unmistakable soft croon.

Its owner? Sufjan Stevens. His album? Illinois. The ethos of his journey? Balancing the complexity of the American experience. 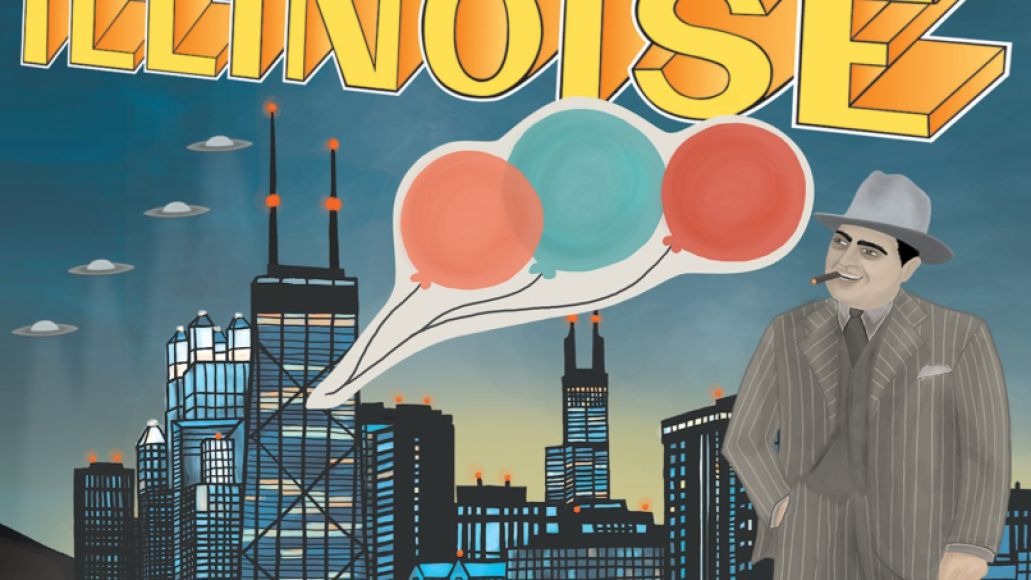 In light of the album’s 15-year anniversary (and the recent release of “America”, the first single from Stevens’ forthcoming work The Ascension), it’s an appropriate time to revisit an apex of modern American expression.

Like all albums that take up that hefty gauntlet, Illinois reflects a time-specific snapshot of the country. Between lingering sentiments from events such as George W. Bush’s re-election and the Internet-fueled paradigm shift in the mainstream viability of indie music (spearheaded by bands from Modest Mouse to Death Cab for Cutie), 2005 offered no shortage of activity within both the state of American culture and a particularly active cosmos of artistic outlets that Stevens would leave his mark on.

Entering the year with four albums under his belt, touching upon everything from Celtic rock to skittering glitch, Stevens had a concentration of fingerprints on intricately arranged folk and evocative songwriting. This pairing made for his biggest critical success yet, a 15-track ode to his home state of Michigan — but it wasn’t until Illinois that Stevens’ style of sonic portraiture would be realized in its fullest, most celebrated form yet.

Yes, the album concerns itself with the particularity of the Prairie State and has extensive research into any and all proper nouns that go with it, but its values and vices are molded by an America that Stevens paints, not with a palette of surroundings but one of senses. 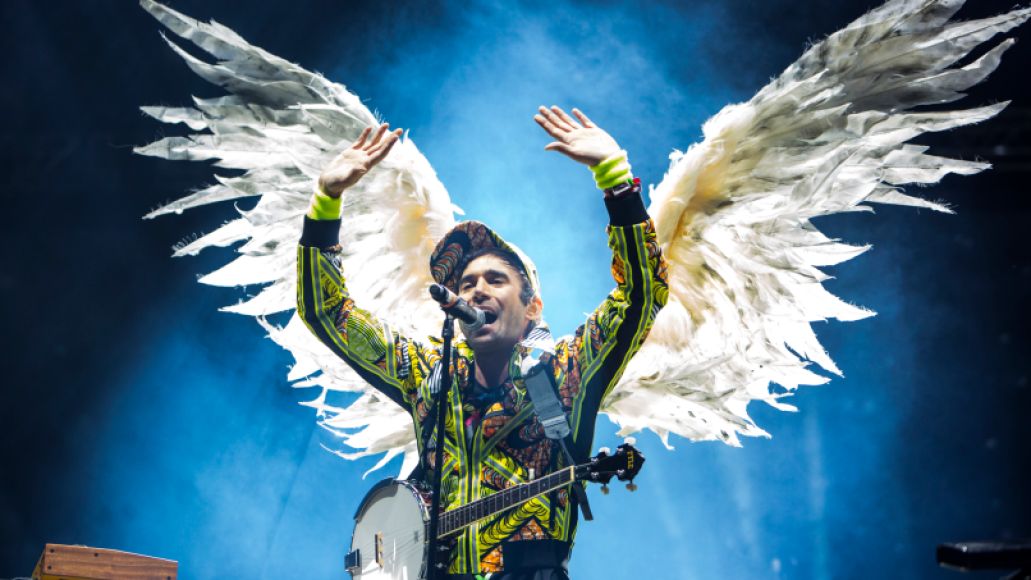 So, how is the story of America told?

In this capacity, through the everyman — it exists beyond Stevens himself. In a 2005 interview, Stevens even advised: “I would not confuse the voice of these songs, even those in first person, with the voice of my person.” It’s more like the closest approximation to a collective American voice, culled from immigration records, history books, personal anecdotes, and Internet chatrooms, all feeding into the same timbre of wariness but willingness to ride the tempest of modern American life.

The 22 tracks of Illinois turn the state’s memorabilia into a gallery space, with the everyman assuming the role of the curator. Slivers of history as ordinary as the Sears Tower and as outré as a serial killer are all treated as equally valuable and equally ripe to mine for the emotions Stevens so potently captures in his songwriting. He waxes profound from the prosaic and suggests a common thread among the seemingly isolated vignettes of the album’s tracklist.

Illinois unfolds in a sonic range as diverse as its content. The scope of the album is translated through the chamber pop flourishes of tracks like “Come On! Feel the Illinoise!”, “The Man of Metropolis”, and the Peoria-dedicated “Prairie Fire”, culminating in the anthemic legend that is “Chicago”. The bright, masterfully composed arrangements make a grandiose, yet authentic, vessel for the state’s history, reading like brochures as energetic as they are slightly jaded.

Moreover, cuts from the likes of “John Wayne Gacy, Jr.”, “Jacksonville”, “Decatur”, and “Predatory Wasp” give descriptions of the people the everyman feels a bond with through humble, vibrant folk plucks, offering some of the most intimate moments on the album. Particularly, the juxtaposition of Gacy’s horrific acts being described with beautifully mellow guitar, alongside the coy allusion to a sexual awakening at the center of the lattermost track.

When the album’s focus diverts from its main stories, the momentum is upheld by a healthy dosage of interludes. “Mary Todd” rounds out “Jacksonville”, “Night Zombies” isolates its “String Part”, “Decatur” endearingly ends with “One Last ‘Whoo-Hoo!’ for the Pullman!!”, and the ambient soundscapes of “A Conjunction of Drones” and “In This Temple” offer a more lush sense of resolve.

As peppy as it is, Illinois doesn’t shy away from the darker shades of the everyman’s psyche, as captured in “Casimir Pulaski Day”, an ode to a late friend and the crisis of what he finds to be the same inconsequential faith embedded in America’s past, alongside the desolate image of the Christian apocalypse painted by “The Seer’s Tower”.

With the album’s progression, we find that there’s no single light Stevens sees Illinois in. No, his stories run a wide gamut of emotions from pain and critique to reveling and optimism, and it works so well because Stevens uses his assured tone as a strong common thread. 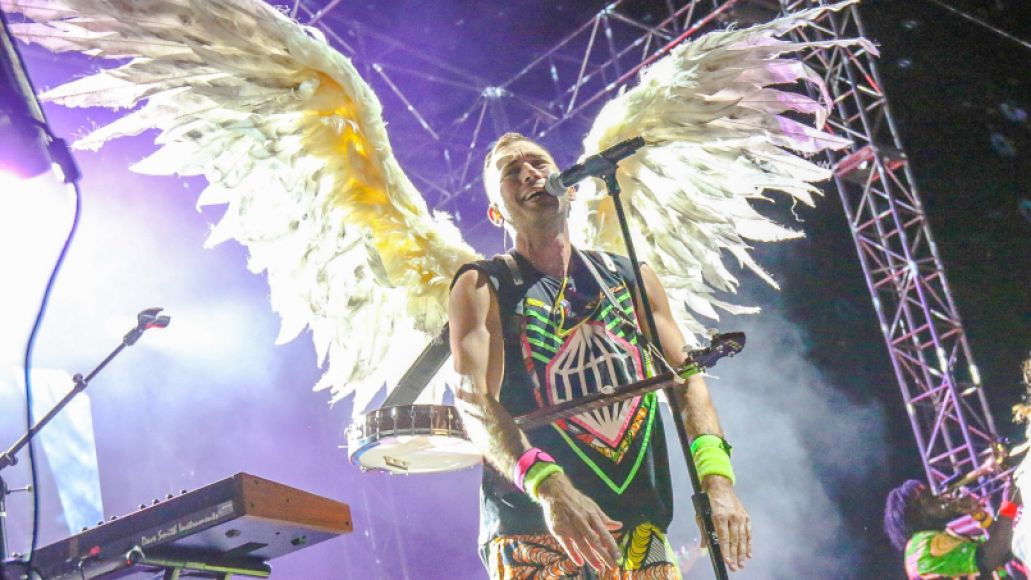 Illinois is an album shaped by the many hats of sound and story it wears to illustrate its central interchange between the factors of America. While Sufjan Stevens is one in an extensive lineage of artists with something to say about this country, the balance in his empathetic tone and his taming of magnitudes is what influences what he says and how he says it.

On July 5, 2005, the country Stevens painted presented a realistic flavor of modern Americana. On July 5, 2020, it’s evident that the country we live in is more than used to that taste.

The American experience of today comes prepackaged with the most turbulent ends of the country’s complexity, and whether it’s through an organized push for what’s right or the latest oasis of outrage, the experience has found increasing definition inside the space between what it stands for and what it condones.

The final crescendo of Illinois, seeing the everyman starting his next adventure in “the great laugh of mankind,” accompanied by triumphant fanfare, is a resolution that seems out of reach to an extent. If there is a “great laugh” that governs us, it may very well exist to placate a “great scream” at our own unrest.

However, Illinois labors on being nothing if not truthful to the values of a modernized country, and even if Stevens’ interpretation exists as a distant beacon, there’s something vital to be found within the harmony of the album’s acknowledgment that our darkness and light are equally elemental, firmly communal forces. As “The Man of Metropolis” puts it: “We celebrate our sense of each other/ We have a lot to give one another.”

It goes without saying that no songwriter of this generation could tame the beast that is the story of America quite like Sufjan Stevens, but it doesn’t end with his 74-minute odyssey — it continues in us. Illinois is a tale written by the everyman in us all, and it’s still being written to this moment, which poses one question: How will the story of America continue?