Blockbuster Month is celebrating the true titans of the genre. In the weeks ahead, you’ll read through a variety of features digging deep into the greatest hits of Hollywood, from popcorn classics to underrated gems. Today, we head to the theater early with Editor-in-Chief Michael Roffman to revisit the greatest trailers in summer blockbuster history.

Hype begins with the trailer. Sure, there’s the studio announcement, the lobby poster, even the intellectual property itself, but there’s nothing like first seeing those epic few minutes. If you’re lucky, you get some glimpses of the action, a sense of the film’s tone, maybe even pieces of a score, and a tagline that sends shivers up your spine.

Yeah, that’s when the magic sets in.

Today, we take the trailer for granted. We not only know there’s one coming, but we know when and where, and that sense of anticipation has now become an extension of the experience for better or worse. Even so, there’s still an art to the medium, and that magic has yet to diminish. Why do else do you think the best of ’em trend online?

That’s why if we’re talking summer blockbusters, we have to talk about their trailers. They’re the conductors of hype, the invitation to can’t-miss events, and the reason so many moviegoers lose sleep counting down the days leading up to the big premiere. And, as you’ll see ahead, some of them turn out to be better than the films themselves.

Now, a couple of rules to the list ahead (and these apply to the majority of our Blockbuster Month coverage): 1.) The trailers you’re about to revisit are strictly limited to late-April to Labor Day Weekend releases, and 2.) We only picked one film per franchise and intellectual property. Admittedly, that last rule was the easiest of the two to follow.

So, if you’re wondering why epic trailers for Logan, or The Lord of the Rings, or even the new Star Wars sequels are nowhere to be seen here, well, it’s because they were released in different seasons. Blockbuster Month is all about summer blockbusters. 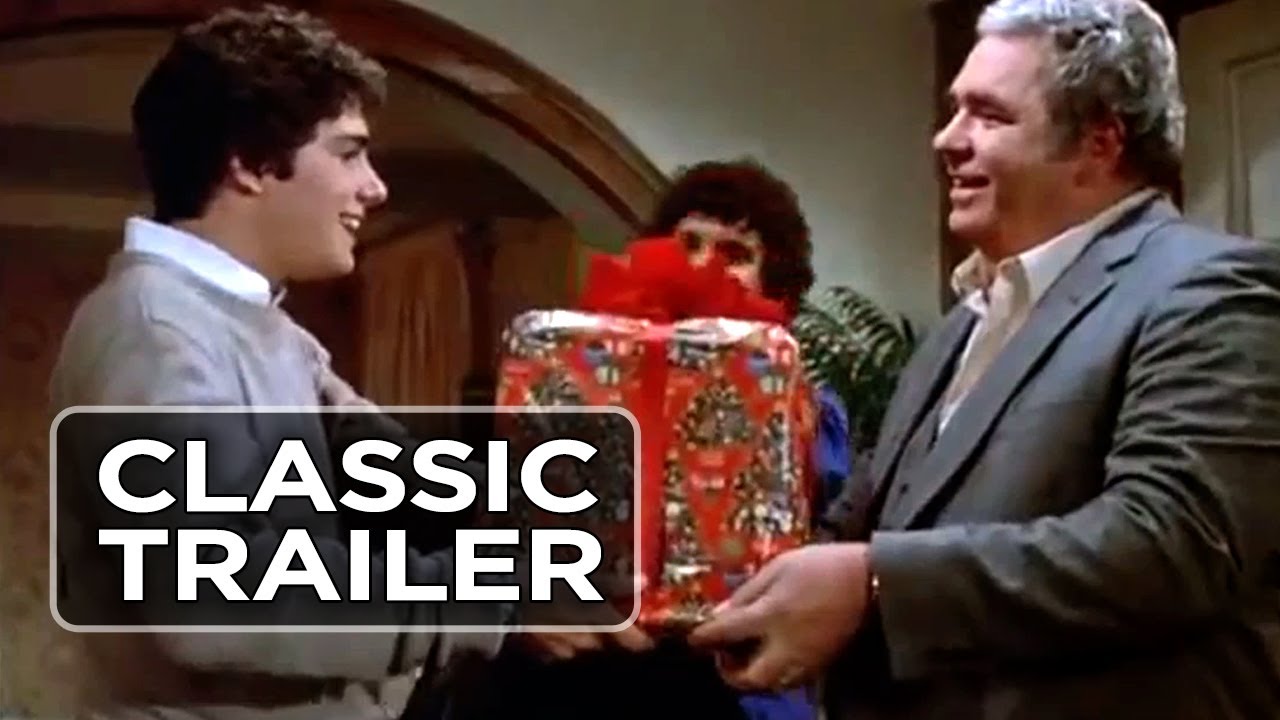 You get the premise, you meet the characters, you tour the town, you even learn the three rules. Even so, Joe Dante maintains his poker face, never once revealing the titular critters or that lovable Mogwai. And yet, in the Summer of 1984, Gremlins was a major blockbuster for Warner Bros., proving once again that mystery invites company. 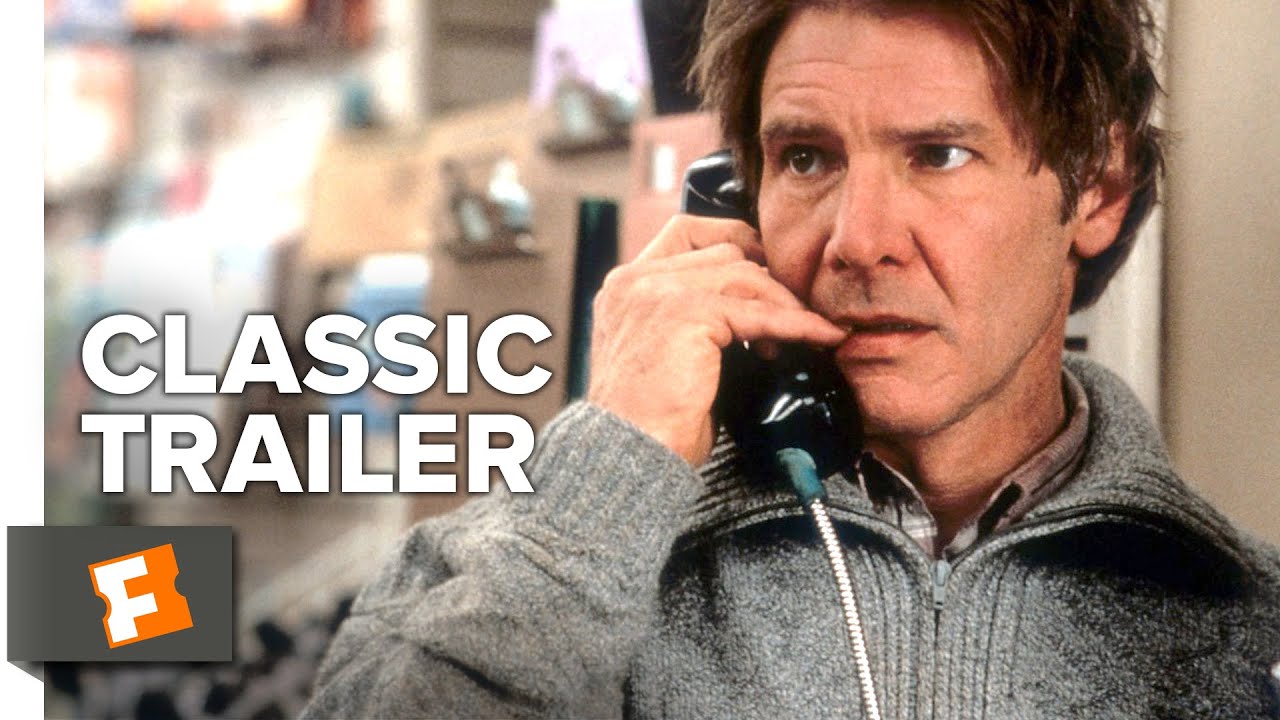 For thrillers, a trailer only needs to be a tee-off — and The Fugitive is an exemplar for the genre. In two minutes, we learn the impossible stakes of the propulsive cat-and-mouse game between the blockbuster hero in Harrison Ford and the no-nonsense foil in Tommy Lee Jones. It’s a clever combination of super-stylized crosscutting and titling that’s still cribbed to this day. Hey, why fix something that’s not broken, right? 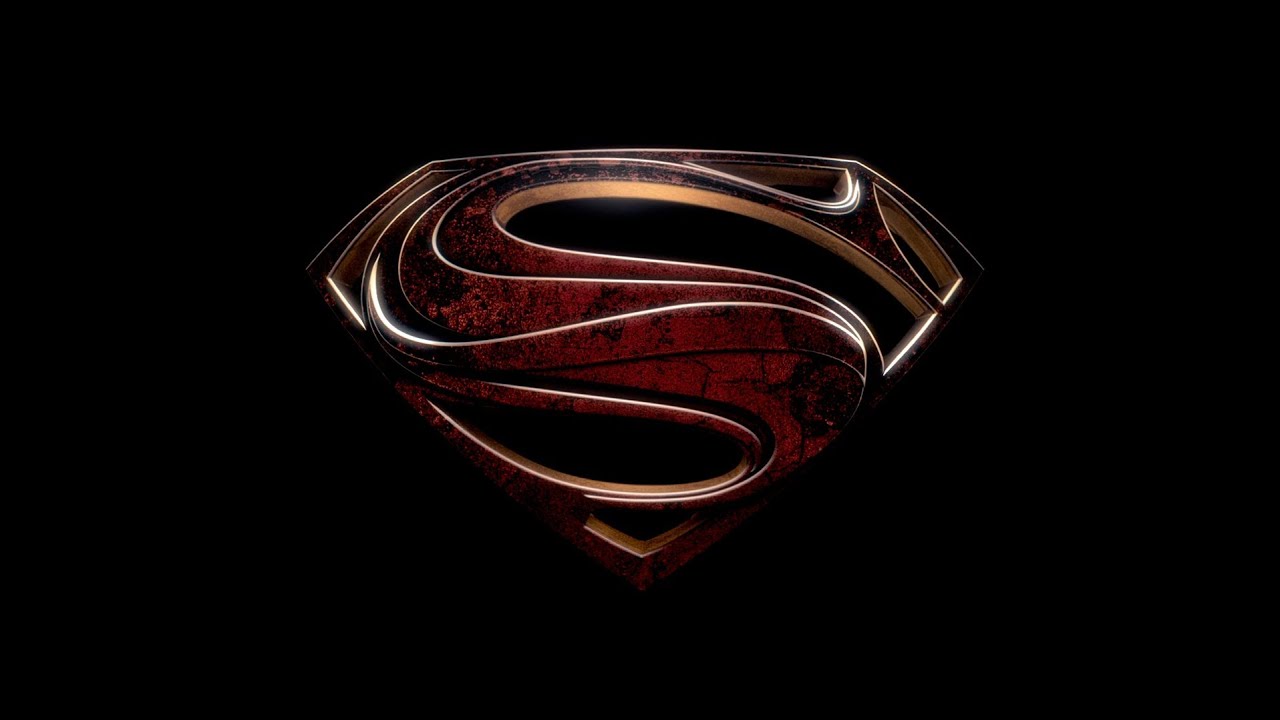 As Christopher Nolan waved goodbye to Gotham City with The Dark Knight Rises in 2012, Zack Snyder entered Smallville with Man of Steel. At the time, though, our first glimpse of his Superman re-imagining still felt tethered to that universe, namely because Warner Bros. was still figuring out how this franchise would shake out. That makes this 90-second gasp an inspiring What-if, to say the least, amplified by Kevin Costner’s speech as Jonathan Kent, Michael Kamen’s Lord of the Rings score, and Snyder’s clear obsession with Terrence Malick’s Tree of Life. The movie never reaches these heights sadly.

Sometimes a trailer can serve as the opening salvo for the next chapter of a filmmaker. Such is the case for Danny Boyle and 28 Days Later. In 2003, the English filmmaker was coming off of 2000’s The Beach, and this “zombie” movie felt like such a wild left turn. But what truly raised eyebrows was the film’s striking hand-held style and post-9/11 imagery, all of which this trailer capitalizes on to haunting effect. Seeing Cillian Murphy wander those empty London streets left everyone in a rage for the film’s release.

It’s easy to dismiss the mythology surrounding the Terminator franchise now. After all, there are — what — five different timelines to pore over at this point. But in 1991, there was just the 1984 original, a horror film disguised as a sci-fi stunner that only grew in popularity once it hit home video. What makes this teaser so effective is that we’re seeing the expansion of that mythology — how the machines are built — while also being informed of its return without a single hint of what’s to come. Let’s not forget, audiences had yet to fall in love with Arnold’s T-800, as the “hasta la vistas” and high fives were still to come. 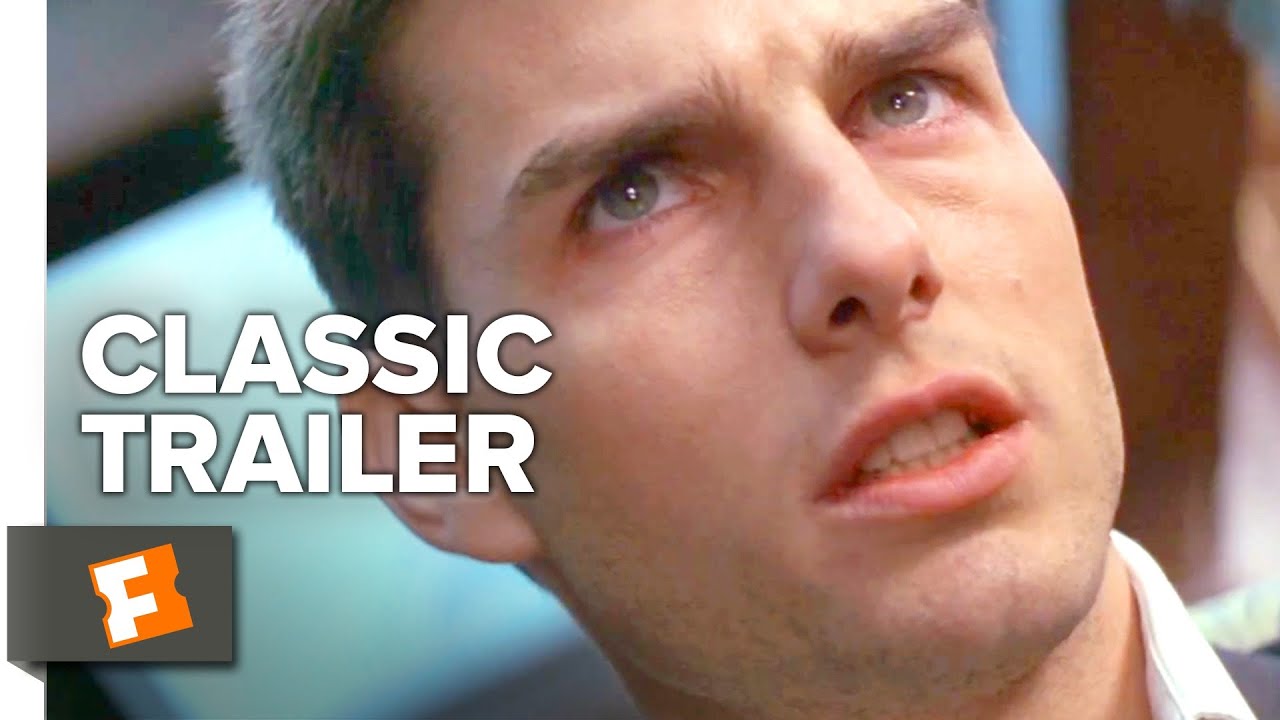 Cool your jets on Top Gun, turn the key on Days of Thunder, and file away The Firm: Mission: Impossible is where Tom Cruise truly became an action star, and this trailer was the announcement. Although Cruise is arguably a cut above the rest, this is essentially the de rigeur trailer of star-based franchising PR, where nearly every shot works its ass off to sell you on said star. This one worked overtime for Cruise, spotlighting all of his strengths, the likes of which he’s since taken to literal atmospheric heights. 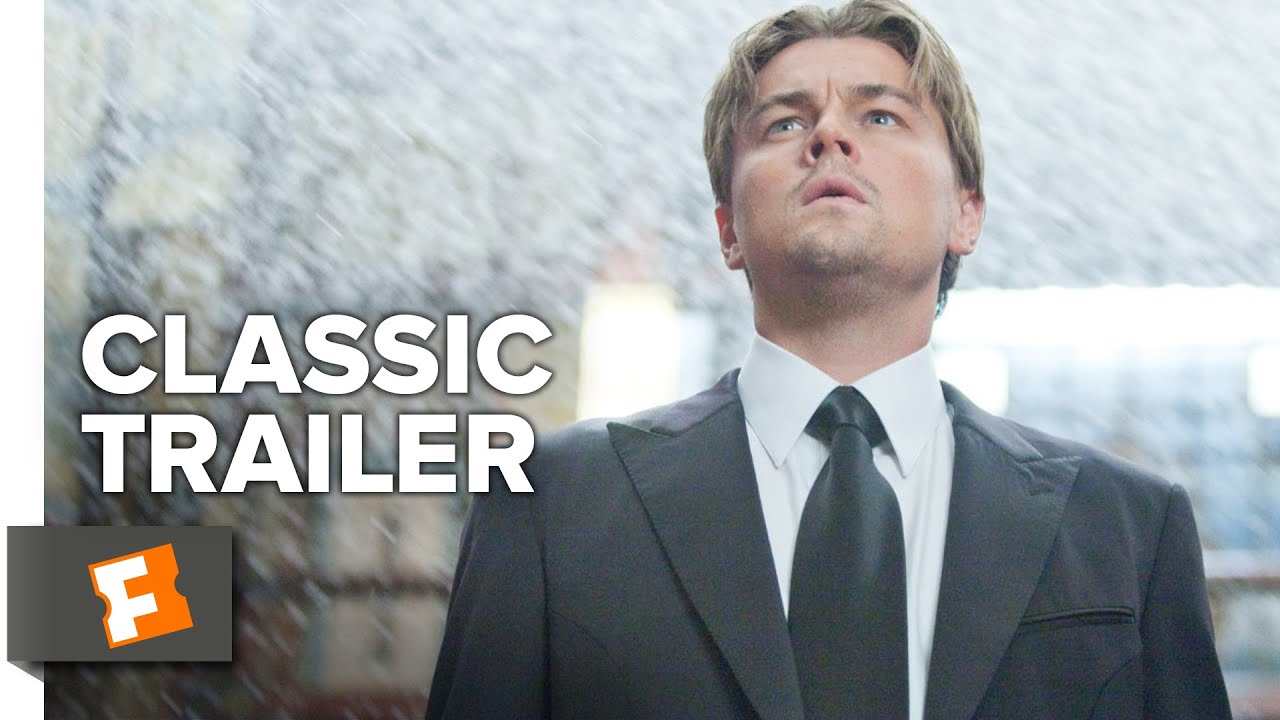 Out of all the filmmakers working today, nobody wields a trailer like Christopher Nolan. The Oscar-nominated auteur tends to whet the appetites of moviegoers everywhere by giving them even stronger hunger pains. With Inception, he offered up a blueprint without an index, teasing the mind with the promise of dreamy heists, surreal landscapes, and a motley crue of A-list talent as he’s wont to do. The dialogue, the score, and all those unprecedented visual stunts had us reloading this clip until July.

We should have known Michael Bay would shit the bed with Pearl Harbor. But that’s why this teaser trailer is so effective. Having dropped nearly a year before its Memorial Day release, the short clip carries none of the eye-rolling dialogue that would send critics heaving into their popcorn bags before the end of the first act. Instead, the trailer leans on the obvious American landmarks and imagery that signal the harrowing and historic battle. Well, that and Hans Zimmer’s tear-jerking score for The Thin Red Line. The way it lines up with President Roosevelt’s speech is just pure history porn.

It’s not fair to say Back to the Future is all about aesthetic, seeing how Bob Gale’s screenplay is the rare Hollywood diamond. But the inspired gadgetry is certainly one of the reasons why the 1985 blockbuster resonates decades later — and especially upon its release. Think about it: The film arrived amidst the rise of Apple and the personal computer, an era when technology was becoming sexy, sleek, and stylish. So, prioritizing the lights, switches, and accoutrements of the Delorean over Michael J. Fox and Huey Lewis was a wise and calculated move on behalf of Amblin. It was one of the rare “Science is Cool” ads that actually worked on everyone. Pretty heavy, huh? 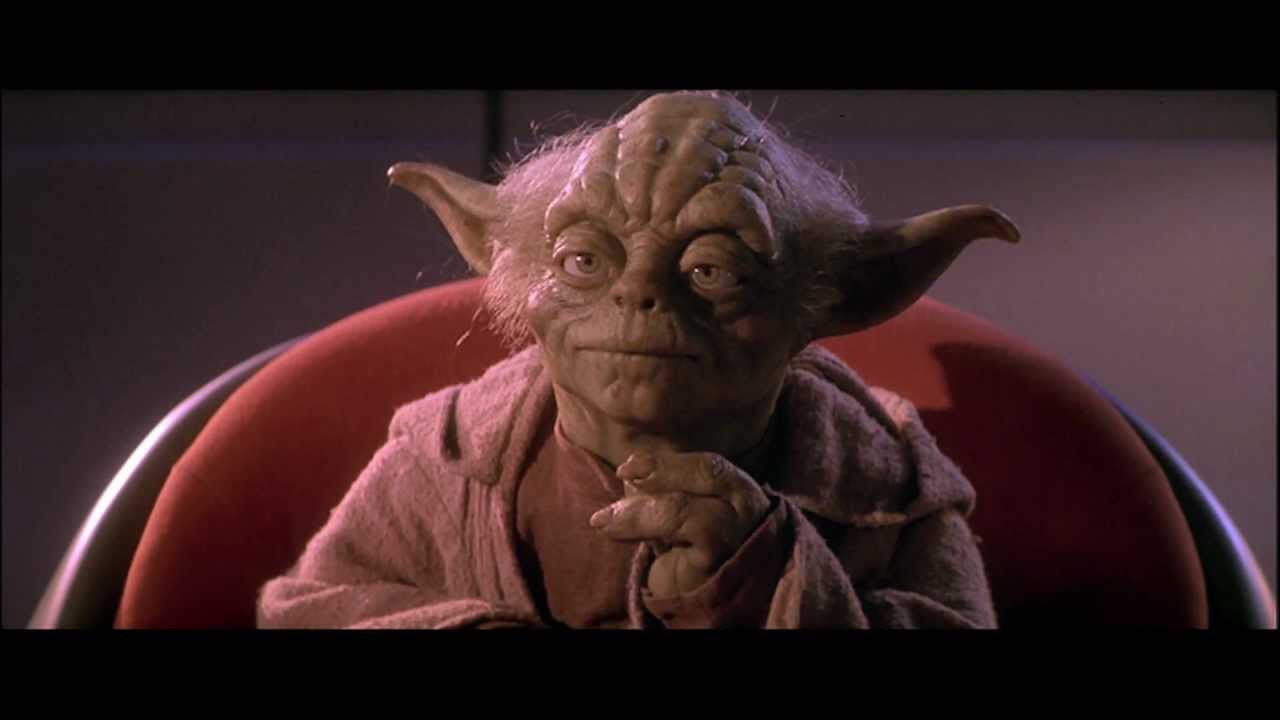 Look, we all know how The Phantom Menace turned out. We don’t need to belabor a point. Having said that, when Fox and Lucasfilm dropped the first trailer for the now-maligned prequel, die-hard fans everywhere believed the Force was strong with this one — and for good reason. Even now, it’s easy to be swayed by the promise and potential of this trailer, from its should-have-been-great casting to the shiny, new set pieces to the sweeping majesty at hand. Of course, as The Who once sang, we won’t get fooled again.