Irish alternative band The Cranberries have announced a deluxe reissue of their 1994 album No Need to Argue. The group’s best-selling LP will be available in expanded digital and physical editions on September 18th.

The Cranberries first achieved commercial success with their 1993 debut Everybody Else Is Doing It, So Why Can’t We? But the sophomore follow-up No Need to Argue vaulted them into another stratosphere, spurred on by the smash protest song “Zombie”. A response to the IRA’s 1993 bombing of Warrington, UK, “Zombie” has endured as The Cranberries most beloved single. Vevo named it one of the ten most popular rock videos of the 2010s, and in April of this year, it became the first song by an Irish band to surpass one billion views on YouTube.

Lead singer Dolores O’Riordan unfortunately passed away in 2018, before she could celebrate the 25th anniversary of No Need to Argue and the latest records broken by “Zombie”. But this new deluxe reissue seeks to capture her spirit as a songwriter, activist, and lover of Ireland. The expanded edition includes remastered versions of the album’s 13 original tracks, as well as B-sides and a slew of extras. The double-CD and digital versions come with the hard-to-find MTV Unplugged rendition of “Yesterday’s Gone” and a wide variety of demos, including the rarity “Serious” which had only been available as a bootleg. It also doubles as a live album, with eight performances taken from two shows at Liverpool Royal Court in 1994 and the National Stadium, Milton Keynes in 1995.

The Cranberries on Saying Goodbye to Dolores O’Riordan

Album Review: The Cranberries Deliver a Lovely Final Statement with In the End

As for the double vinyl edition, it includes “Yesterday’s Gone” from the Unplugged set, as well as the B-sides “Away”, “So Cold in Ireland”, and “I Don’t Need”, and a cover of The Carpenters’ “(They Long to Be) Close to You.” Regardless of what form you choose for your physical copy, it will come stocked with a 5,000 word essay on the history of the album written by Eoin Devereux, the band’s archivist.

The reissue drops September 18th, and you can check out the full tracklist below.

Last year, The Cranberries released their lovely final album with O’Riordan, In the End.

No Need to Argue Artwork: 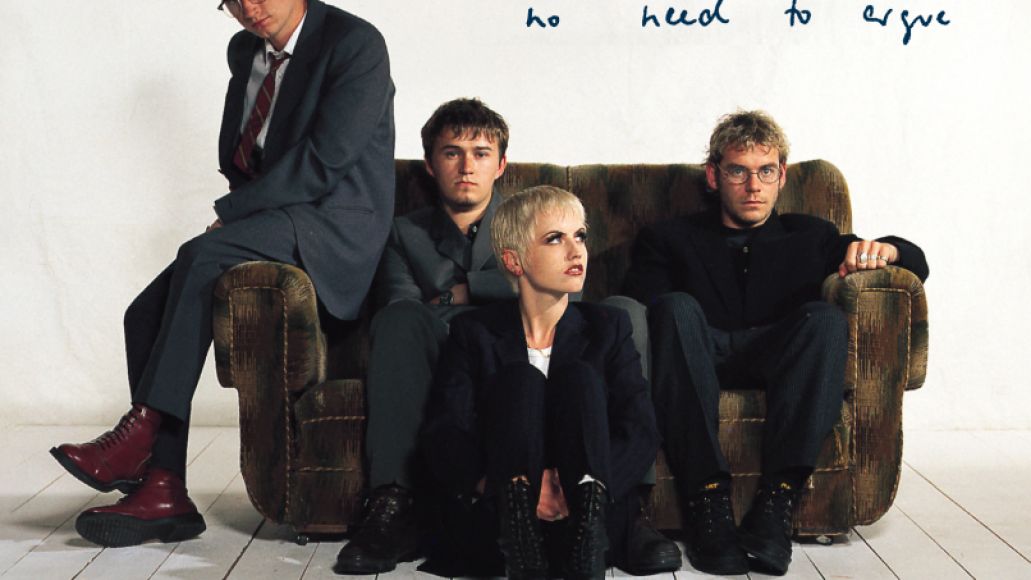 No Need to Argue 2CD and Digital Tracklist:

No Need to Argue 2LP Tracklist:

The Cranberries Announce Expanded Reissue of No Need to Argue