You know the theme, you know the voice, you know the logo: If you grew up as a latchkey kid in the early ’90s, Unsolved Mysteries was both your best friend and your worst nightmare. It was seemingly on constant rotation every evening, and without fail, managed to embellish every creaky noise in your house — as if to ludicrously suggest whatever subject being discussed by host Robert Stack was somehow down the hall, in your parents’ bedroom, and waiting to pounce on you.

But if you’re like this writer, who grew up on imaginative servings of Amblin and Stephen King, the Legend segments revolving around the supernatural were the ones that sent you running outside. (Don’t even get me started on Sightings; the true test of terror.) These were the episodes that really fucked with your head, namely because they didn’t rely so much on the specifics to scare you, but on the soft confirmation that, yes, the things that go bump in the night might not be your imagination.

That idea to a young child — or, hell, even to a young adult (the hairs on my arms are standing up just thinking about it) — is pure, unadulterated terror fuel. Yet what made that notion all the more terrifying was the fact that most of these revelations happened when we were alone without anyone to either take our minds off it or dissuade us. Let’s not forget, as children of a pre-Internet era, the imagination could go to some dark and unnerving situations when completely unchecked — and they did. 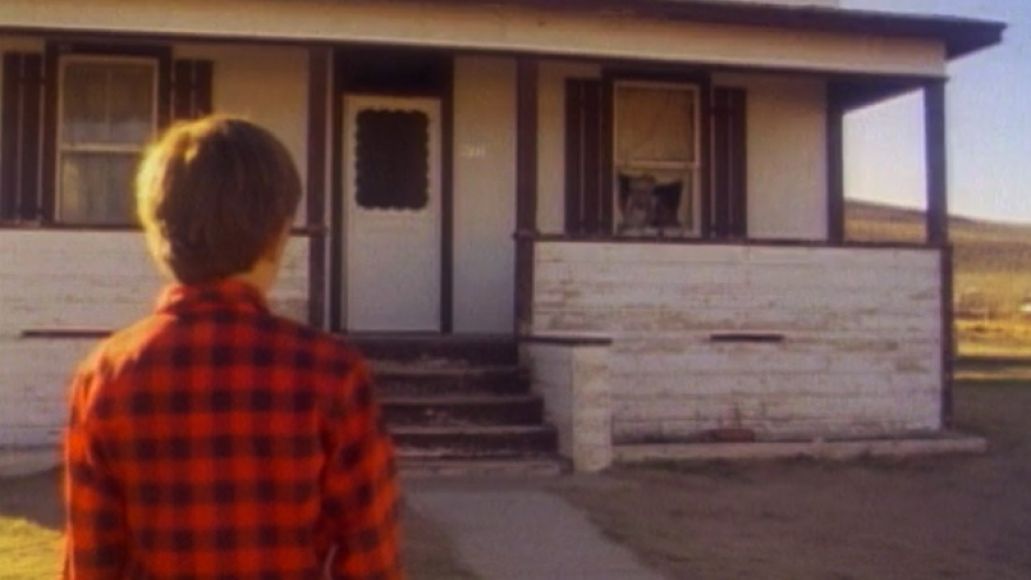 Much of this has to do with the conviction of Unsolved Mysteries. It was as if every episode was meticulously designed to deliver the strongest scares, from the way locations were lit, to the menacing shift in synths, to how the smallest details often spoke volumes of truths. Stack always exacerbated these facets, and while his shadowy appearances eventually became the stuff of parody (see: 1998’s BASEketball), he always retained an air of authority that made the wildest stories feel valid.

And that sense of validity made so many of us true believers of the supernatural. It was in the specificity of the stories (e.g. the discarded head at the The General Wayne Inn) and certainly the demographics of the people telling them (e.g. stoic old scientists as seen in The Queen Mary). These weren’t the Mountain Dew-rattled twentysomethings of today’s Ghost Hunters or Ghost Adventures, but the friends and family you knew up the street. The people who should be telling you they don’t exist.

Laugh all you want, but those re-enactments were also more effective than we care to admit. Earlier in the series, the directors often nailed this area, focusing less on the drama and more on the mechanics of the situations. Granted, as a child, we likely weren’t focusing on aspects like delivery or blocking, but there was admittedly a cinema verite at hand that made these tales all the more palpable. Even now, the quick re-enactment of a man materializing behind a woman on the Queen Mary’s lower deck stairway sends shivers up my spine. They fed into the lore; or as the old adage goes: seeing is believing. 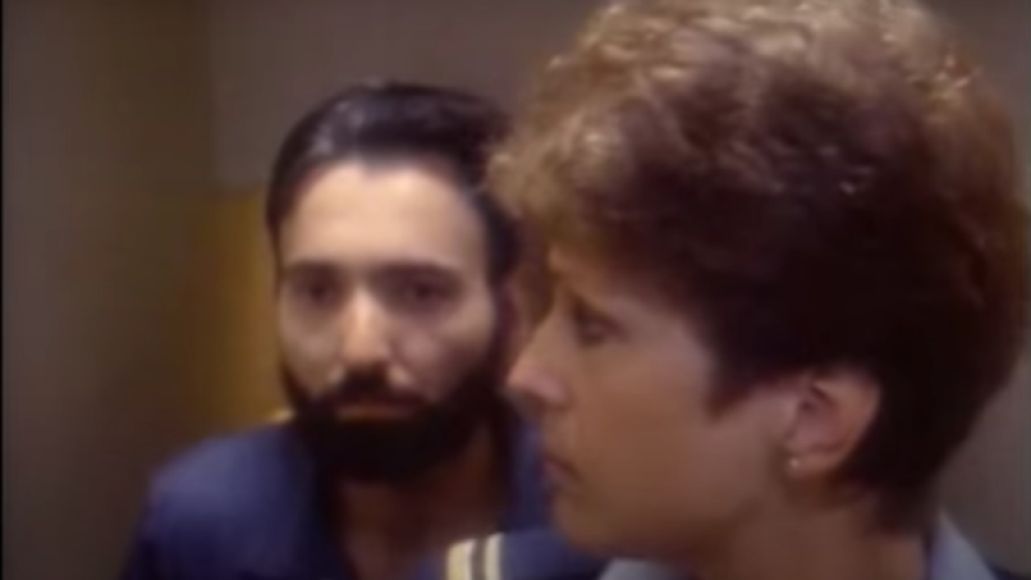 Again, so much of our believing hinged on the show’s sale of truth, and Unsolved Mysteries was always at its strongest when they made even the slightest commitment to them. Whether it was a panel of analysts, a team of scientists, or just a half-assed drawing from an overenthusiastic sketch artist, it was seeing some kind of evidence that helped usher legends away from being modern myths. And, let’s be real, the show always found something to wave around; otherwise, they wouldn’t show it.

Watching Unsolved Mysteries as an adult — and particularly in our era of misinformation — it’s easy to see right through that sensationalism. Stack appears immediately after talking heads to hammer down the accounts; the music is turned up to 11 during even the dullest moments; and the re-enactments certainly skew a little more John Carpenter than needed at times. Yet that aesthetic kitsch is paramount to the success of the series; it taps into the same senses that have us ooing and aahing at Hollywood blockbusters. Without it, the series would struggle to hide its strings, if you will.

That’s why the latest incarnation on Netflix just doesn’t work. There’s no host, there’s no aesthetic, even the music feels nonexistent. Instead, Stranger Things executive producer Shawn Levy surprisingly eschews the nostalgia in an attempt to bring a modern touch to the brand. It’s an admirable pivot, but the problems are two-fold: The new sterile look struggles to sell the more supernatural-leaning episodes, and there are already countless true crime docs telling deeper and more fascinating stories. So, what this Unsolved Mysteries is trying to accomplish remains … well, an unsolved mystery. 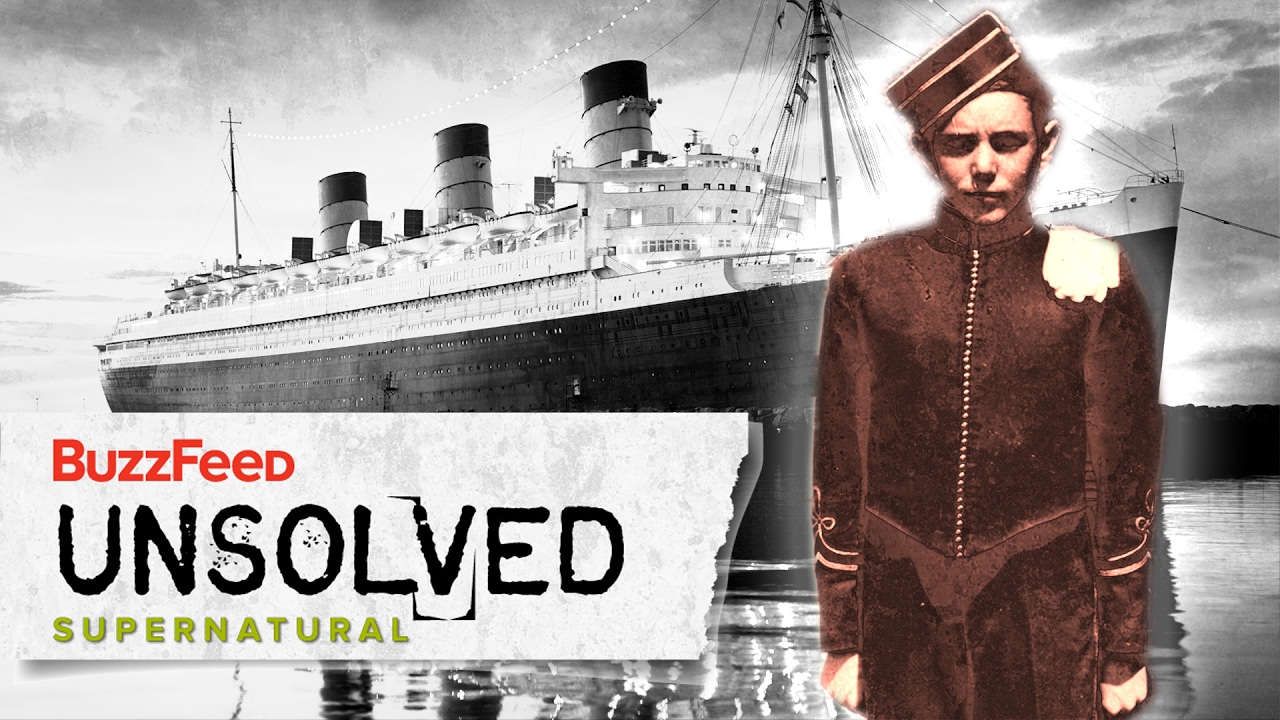 Fortunately, the same latchkey kids who grew up with Unsolved Mysteries have since started their own brands. Not all of them tickle the right funny bones, but a few come close. Buzzfeed Unsolved may be the strongest successor out of the brazen bunch. Hosted by Ryan Bergara and Shane Madej, their long-running web series is a brilliant and oft-hilarious extension of what Unsolved Mysteries set in motion, tackling both true crime and the occult with a healthy Mulder/Scully split of true believer and cynical skeptic. Come nightfall, the series will have you turning on the lights, though strange noises down the hall may vary.

Of course, there’s the nostalgia to consider in all of this. Even writing that last line, I’d be remiss not to acknowledge it carries a bouncy cadence. Reason being, for me (and I’m sure for so many other kids), Unsolved Mysteries was all about that feeling. It wasn’t just the stories, and it certainly wasn’t a compulsion to help Stack and his team solve the crime. It was simply the jubilant fear in having a gasp of time where it was perfectly OK to consider there’s more to this life than what we see in the headlines. Maybe that’s childish, maybe that’s a fool’s errand, but it was why a lot of us kept the TV on.

Besides, you never know.

Unsolved Mysteries: The Scariest Episodes Involved Ghosts and the Supernatural