If you told someone in 2015 that in just five years, America would be decimated by a pandemic that left hundreds of thousands dead, cratered the economy, and resulted in a multi-month nationwide lockdown, they may have believed you. But if you also told them that wearing face masks would become a deeply partisan issue, that the only live music would be played by Great White, that O.J. Simpson would be a free man openly flaunting CDC guidelines, that Disney World would reopen amid a record-number spike in cases, that Axl Rose would prove a more reliable source of information than the country’s surgeon general, and that Donald Trump himself, who despite three-and-half-years of blatant corruption was still president, sided with the former host of The Love Connection over infectious disease experts, they’d probably think you were just reciting the plot to Idiocracy 2. And yet, here we are.

The election is in 113 days. Hopefully we’ll survive to see it.

As the WH attempts to the destroy the reputation of one of the world’s premier infectious diseases experts, the president is retweeting the Covid conspiracy theories of the former host of “The Love Connection”. 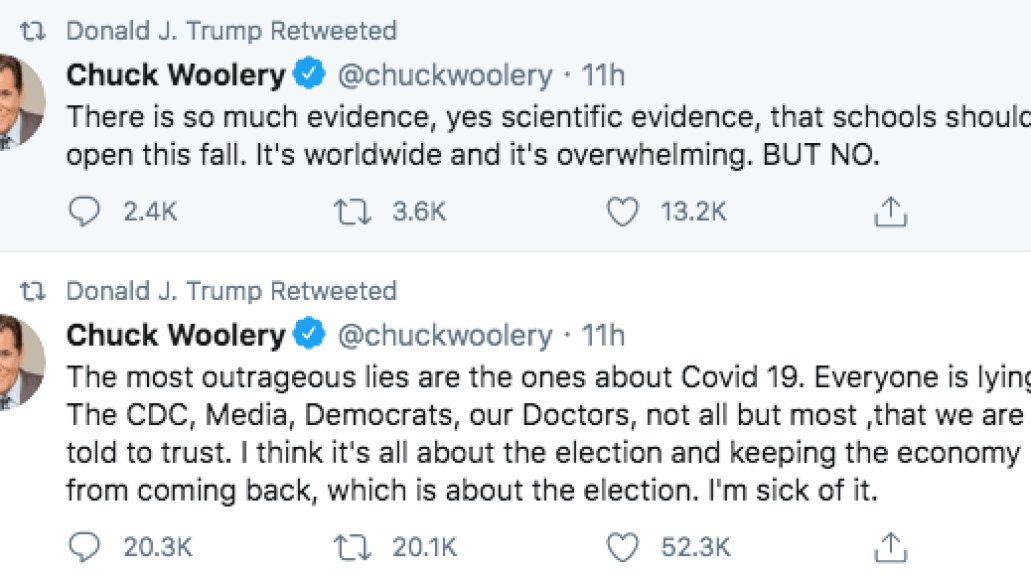 Where We Are As A Country