The Rocky Horror Picture Show gets tagged as a “cult” movie whenever it’s mentioned. After 45 years, though, it might be time to retire that adjective when talking about Richard O’Brien’s science-fiction rock ‘n’ roll parody turned ultimate midnight movie. While it may not be everyone’s cup of fishnets, when Fox broadcasts a remake in prime time and programs from The Simpsons to Sesame Street have dropped allusions to Brad (“Asshole!”) and Janet’s (“Slut!”) salacious sleepover at Dr. Frank-N-Furter’s castle, it’s safe to say that Rocky has officially gone mainstream.

If you still haven’t popped your cherry (“Virgin!”), be sure to grab your fishnets, tighty-whities, or six-inch high heels, and celebrate 45 years of absolute pleasure by checking out these 10 times The Rocky Horror Picture Show totally crashed pop culture. 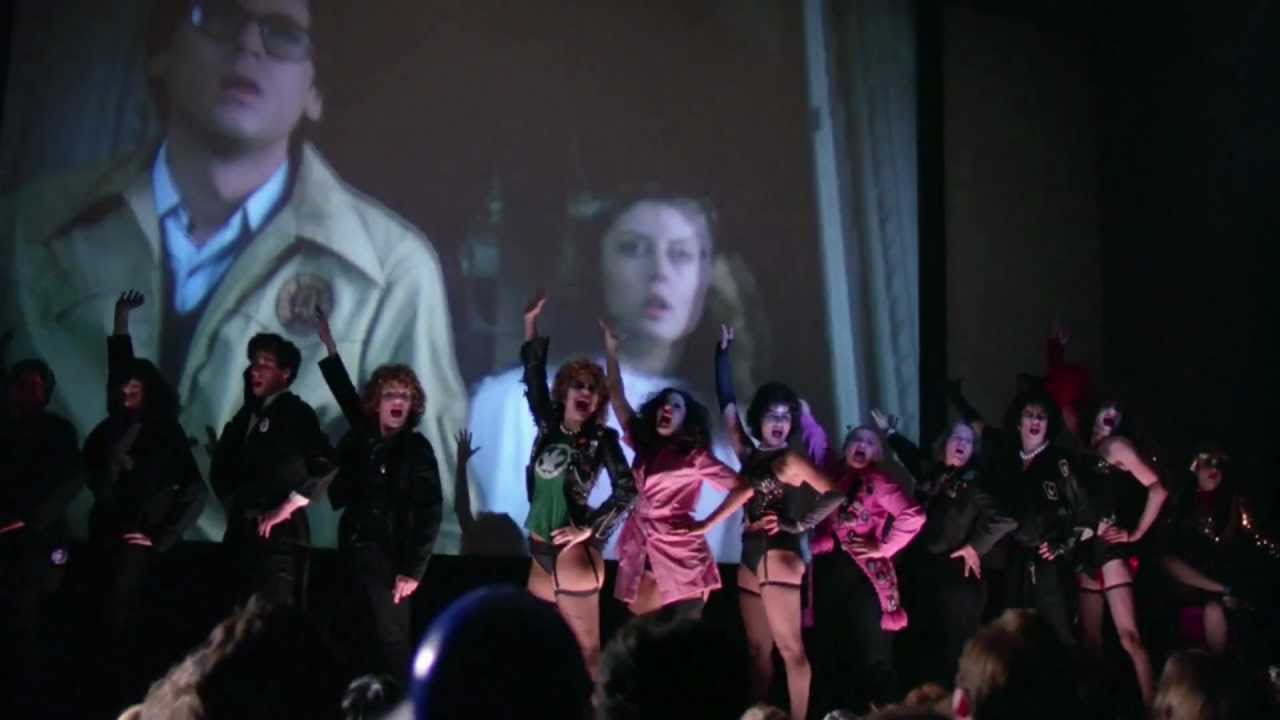 Recently late director Alan Parker tapped into a lot of truths about teenagers in his 1980 musical drama about students at a New York City performing arts high school. One of those happened to be the value in taking a break from the pressures of the real world now and again by letting down one’s hair and pulling up one’s fishnets. Less than five years into the famous midnight movie’s never-ending run, Parker’s character Doris learns that she can be it and not just dream it by hopping on stage with a Rocky shadow cast. It’s one of the earlier examples of a Rocky reference in a movie, with members of the audience participating much as they still do today. The White Castle joke hasn’t gotten any better either.

Almost all of those involved in bringing The Rocky Horror Picture Show to life on film have a special place in their heart for the movie. So, while it might be surprising to see a sketch based on the movie pop up in a children’s show — even one as hip as classic Sesame Street — it’s not at all shocking that Susan Sarandon was willing to revisit her early days of running around on screen half-naked. And while Count von Count may not exactly be Brad Majors, we find out in this skit that he sure can be an asshole.

In its nine seasons on the air, The Drew Carey Show made no secret that its pot-bellied, spectacled, buzz-cut star loved any excuse to break into a song and dance number. During Season Two, Drew convinces the gang to blow off steam after a disasterous trip to New York City (where they bumped into Donald Trump and Carol Channing … and Trump actually turned out to be the kinder of the two) by going out to a midnight screening of The Rocky Horror Picture Show. To their dismay, Rocky has been replaced by The Adventures of Priscilla, Queen of the Desert, with archenemy Mimi and boss Mr. Wick (Craig Ferguson) attending in full costume. A dance-off ensues, and we can only hope “The Time Warp” can pelvic thrust Priscilla right back to the desert.

As a connoisseur of everything pop culture, it’s no shock that Gilmore mom Lorelai drops a Rocky reference in back-to-back episodes. However, it’s a bit of a stretch to believe that Luke will actually acquiesce by losing the backwards hat and donning a corset. Oy with the poodles already!

Richard O’Brien has said on numerous occasions that, if nothing else, The Rocky Horror Picture Show can get him in the door for five minutes to see anyone. In the case of animated series Phineas and Ferb, where he voices Lawrence Fletcher, Rocky may have actually got him the job. And O’Brien and the series have paid the love forward by not only parodying and referencing the film several times, but also by having Rocky co-stars Tim Curry and Barry Bostwick as guests. Maybe the funniest Rocky allusion of the series finds O’Brien’s Lawrence watching TV and commenting: “Well, this isn’t much of a horror movie. Where are all the rock and roll musical numbers?”

At one point, Glee was one of the ultimate water-cooler shows on television, and you can bet there was plenty of talk after the club put on their version of The Rocky Horror Show. While the episode did tackle series matters like body-image issues, it also received a lot of flack for diluting the messages of Rocky Horror for a prime-time audience. Still, it no doubt gave the midnight musical a bit of pop-culture juice, and don’t forget to look for cameos from Barry Bostwick and Meat Loaf. 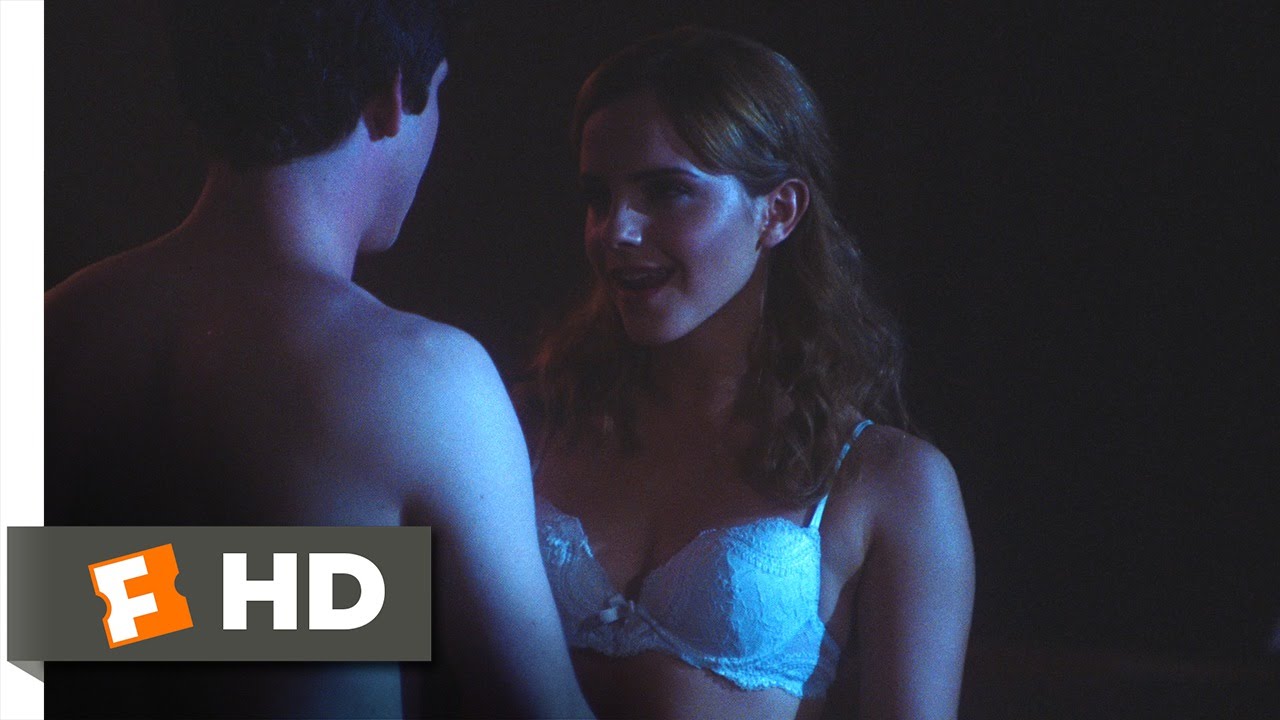 Misfit Charlie finds that one of the perks of being a wallflower is getting to play Rocky to Sam’s (Emma Watson) Janet in the “Touch-a, Touch-a, Touch-a, Touch Me” deflowering of Frank’s muscle-bound creature of the night. All sexiness aside, Charlie is but one of millions of confused young people who have found a safe space at a Rocky screening. Embracing comers from all walks of life might be the film’s greatest legacy.

In a lot of these instances, Rocky Horror is parodied or paid pop-culture homage to through reference or by being a backdrop, but an episode of CSI: NY took it a step further. In this particular case, the detectives use a leftover prop (a fragment of a playing card) to refute a suspect’s alibi that she was Time Warping when she was actually an accomplice to a murder. Talk about cards for shame! 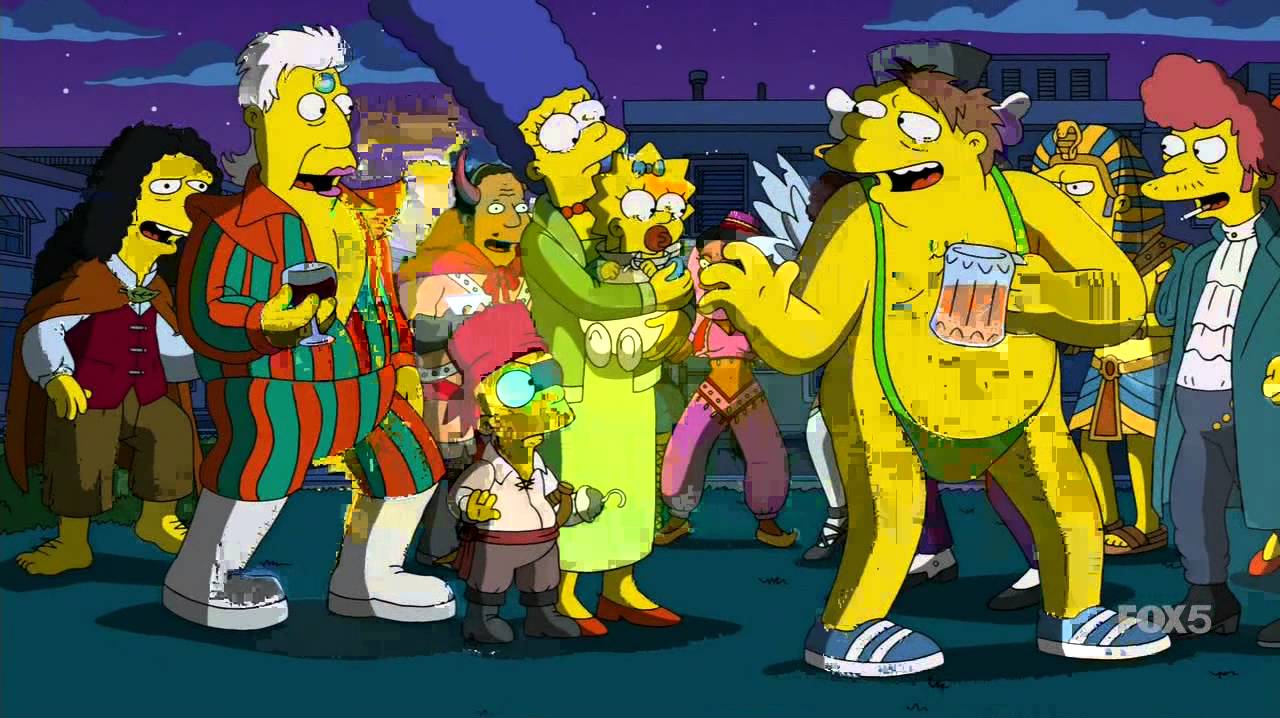 It’s not surprising that a pop-culture staple like The Simpsons decided to draw inspiration from Rocky Horror — only that it took 27 seasons for it to happen. In this hilarious parody of “The Time Warp”, Bart and Lisa learn about the adult tricks and treats that grown-ups get up to after children are asleep on Halloween night. To be fair, though, we did learn that Dr. Hibbert looks great in a corset and heels way back in Season Six. Heh-heh-hee-hoo.