After Republican fundraiser Louis DeJoy took over as Postmaster General on June 16th, 2020, he enacted a series of cost-cutting measures that could potentially interfere with the election. The issue of whether we should fund mail services has become politicized, and it’s no surprise that Ben Gibbard has come down on the side of “pro-mail.” The frontman for Death Cab for Cutie once wrote music under the moniker The Postal Service. Now, 17 years after the indie classic Give Up, Gibbard has fulfilled his destiny, and played “Such Great Heights” by The Postal Service in an attempt to save the Postal Service.

Gibbard shared the performance in a video titled “#TeamJoeSings”, which is also the name of an initiative he’s launching for the Democratic National Convention. The two-song set is an explicit endorsement for Vice President Biden and Senator Kamala Harris, who are also, as it turns out, pro-mail. Gibbard opened with Death Cab’s “Northern Lights”, and afterwards he talked about the upcoming election. In explaining why he supported the USPS, he went into the history of his 2003 band, formed with Jimmy Tamborello and Jenny Lewis. He said,

“I think more than any election in my lifetime, this one is of paramount importance. And one of the many institutions outside of Democracy that is very core that is under fire is that of the United States Postal Service. For those who are not aware, I was in a band called The Postal Service. We put out a record in 2003 and we made this music by sending CDs back and forth to each other… We made a record using the United States Postal Service, therefore we called ourselves The Postal Service. I think in the midst of this global pandemic, nothing is more important than being able to vote safely and securely –and vote by mail has shown to be that over and over and over again.”

Check out “Northern Lights” and “Such Great Heights” below.

Gibbard is right — there’s no evidence that voting by mail gives one party an advantage. And not to give him too much credit for playing his own songs, but protests such as this are a big reason that yesterday DeJoy put a stop to cost-cutting measures, at least for now.

This is just the latest quarantine release from Gibbard. He has shared the new song “Proxima B”, covered Radiohead, Phoebe Bridgers, and The Beatles on his livestreams, and put out the charity single “Life in Quarantine”. 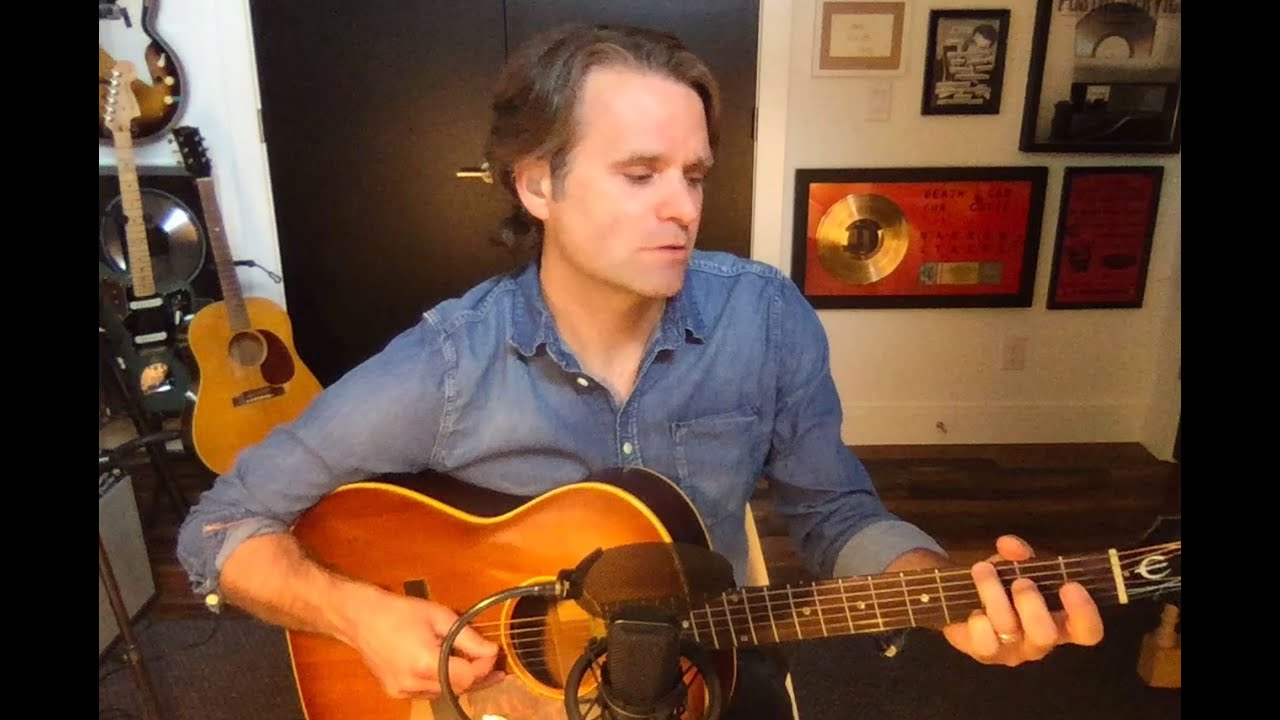 Ben is proud to launch #TeamJoeSings for the @DemConvention and endorse @JoeBiden as the next US president. Watch Ben perform two songs and say a few words about the @USPS. https://t.co/zSkDZWCBXh