From that point on, Bright Eyes began making their first album since 2011, Down in the Weeds, Where the World Once Was, which releases via Dead Oceans on August 21st. Listening to the three members talk is like being a fly on the wall while three great friends are hanging out. Walcott jokes about reading Dostoyevsky and Tolstoy in Russian, Mogis marvels at the fact that Red Hot Chili Peppers bassist Flea contributed “fucking slap bass” to their new record, and Oberst mentions at one point that he sleeps upside down like a bat.

All three members have kept themselves extraordinarily busy in the time since their last album, The People’s Key. Oberst made an album with his punk band Desaparecidos, several solo albums, and started a side project with indie-folk songwriter Phoebe Bridgers under the alias Better Oblivion Community Center. Mogis produced albums by First Aid Kit, Bridgers, and Joseph. He also wrote film scores alongside Walcott for The Fault in Our Stars, Stuck in Love, and Lovely Still. Walcott, starting in 2016, also toured as a keyboardist with Red Hot Chili Peppers for their tour of The Getaway.

Bright Eyes’ Down in the Weeds, Where the World Once Was Dances Through Grief and Love: Review

Ahead of the highly anticipated release of Down in the Weeds, Where the World Once Was, we talked to Bright Eyes about reuniting after such a long time apart, the difficulties of picking a favorite song from the record, and the meaning behind the album’s title.

On How They’ve Been Spending Quarantine 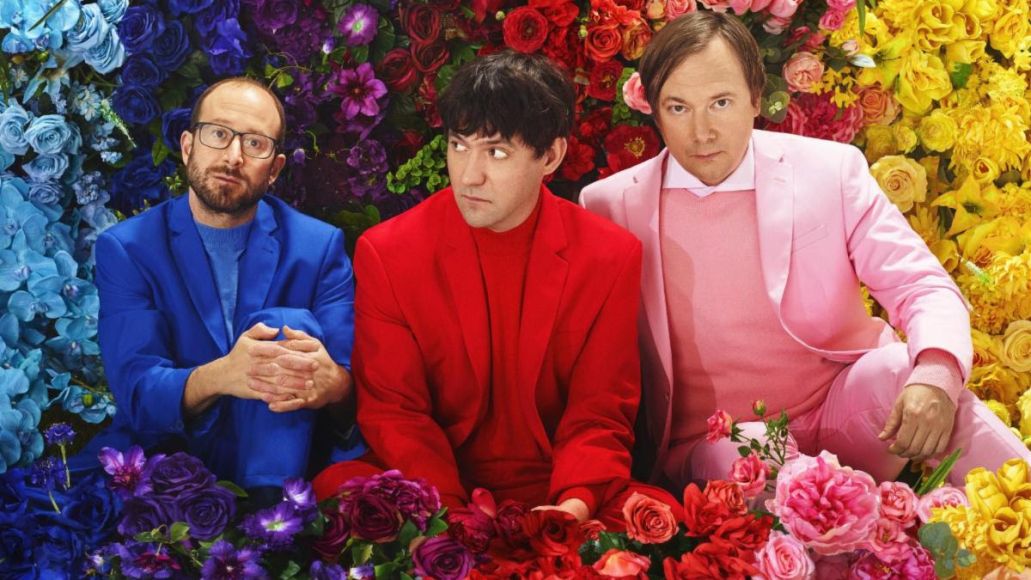 CONOR OBERST: My quarantine’s going OK. I was in LA for the first three months of it, then I drove back to Omaha, and now I’ve been here for a few weeks. I’ve been taking it pretty seriously. I’m not really going out or anything like that. I don’t really cheat as far as socializing too much, so just a lot of cooking, sitting on the deck, taking baths, walking on the treadmill, staring at the ceiling, playing with my dog.

NATE WALCOTT: I’m here in LA. I pretty much wrapped up the complete works of Dostoevsky in Russian. I learned Russian first, by myself, then got through the entire work, so it’s been going pretty well. I think I’m going to move on to Tolstoy next. No, seriously, it’s been fun! Mike and I have been busy working on a score for a TV show, which we would have been doing anyway, so we’ve been really busy, me in LA and Mike in Omaha. That’s about it!

MIKE MOGIS: Raising kids. We became teachers and parents. It’s been good having the kids around. Sometimes it’s a chore, but whatever. But I sleep on a couch in the control room, so never mind. It’s OK, but my back’s starting to hurt. It’s kind of weak.

On Making Music Together Again 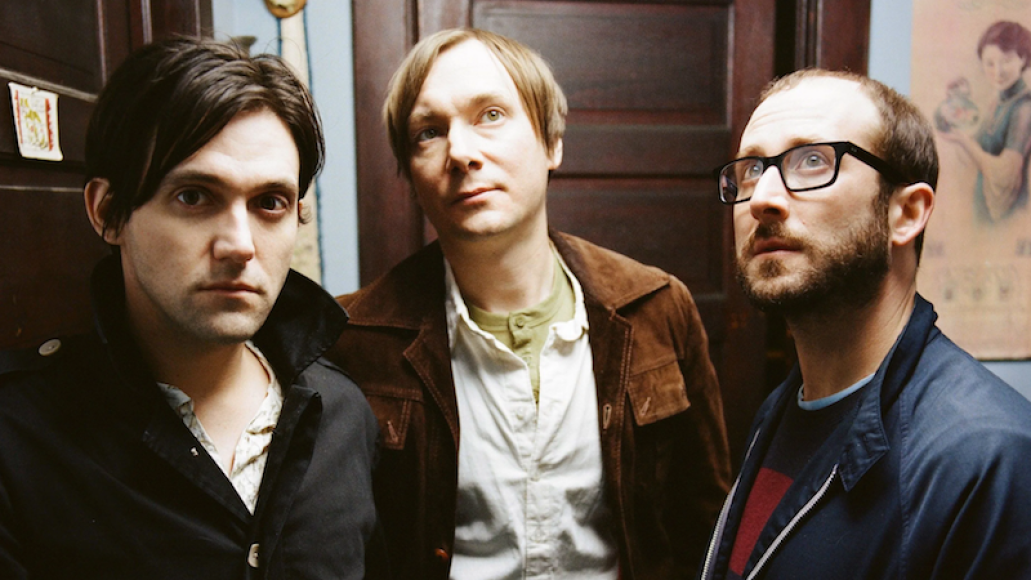 MOGIS: We don’t really make much music together! We mostly leave it up to the computer … I’m kidding.

OBERST: I think it feels good. It’s interesting how we’ve obviously made so many records together and have been friends for so long and traveled the world together many times, so there’s this sense of familiarity and trust. There’s a bond that, even though we all collaborate with different people all the time, I think the connection the three of us have is probably the most intimate. It feels the most like home, I’d say, after all the projects I’ve been involved with. It was nice to get that feeling back after so long.

WALCOTT: Well, I set up shop in Los Angeles. I moved to LA around the time of The People’s Key, but I didn’t really have much of a chance to settle in. Mike and I scored a couple of films together in that period, then I scored a few on my own. I did a lot of arrangement work, which is something I love to do with strings. Then 2016 came around, and long story short, had a baby. Then when that baby was about a month old, I went on tour with the Red Hot Chili Peppers for a really long time. That continued throughout the process of us working on the record. Actually, my last show with them was around Thanksgiving of last year. And, of course, I worked with Conor on a couple of his records, which was really fun. Mike was nice enough to invite me to work on some of his records that he was producing, which I love doing, too.

MOGIS: I’ve been making records for bands in the studio.

OBERST: What are some of your favorite records you’ve produced, Mike?

MOGIS: Well, it’s been good to have some time to hone in to the field of the recording world, which is what I’ve been doing since I was a teenager. To answer your question, I feel like my favorite records I made in our break were the First Aid Kit records, and Walcott was part of that process on both of the ones I made. It’s been good to be able to focus a little bit on another aspect of my life, but it was good to get the band back together so to speak. And like Conor was saying, there’s a certain amount of comfort and familiarity that we all have. That’s exciting. It’s a chance to go back to that role as a band member versus a producer that made it fun. It’s a different kind of role.

On the Meaning Behind the Title Down in the Weeds, Where the World Once Was 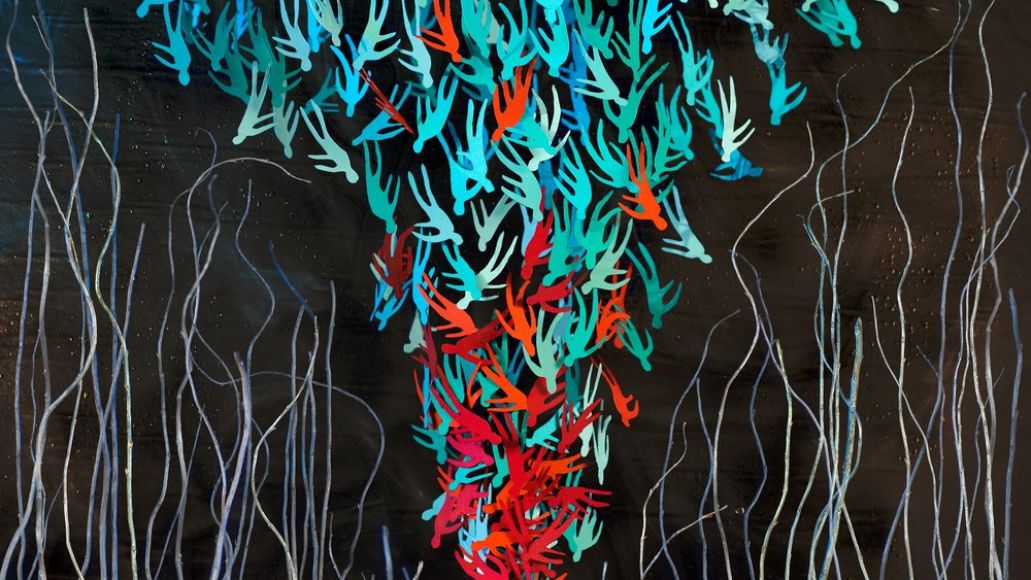 OBERST: I was working on this epic poem, epic as in long, that I was going to turn into a flip book. It’s kind of a long story, but I ended up giving up on the project because I realized that just because I can write songs doesn’t necessarily mean I can write poetry, so I got discouraged. I quit it, basically. This is like three or four years ago. And when we were making this record, I realized that a lot of the themes in the poem were reflected in the record, and that was going to be the title of the poem/book. So I thought, Well, I still like the title, so I’ll just keep the title for this record because it seemed to be about the same kind of thing.

On the Difficulties of Choosing a Favorite Song from the Album

OBERST: It’s hard to say for me. I don’t know if I can pick a favorite.

MOGIS: I honestly don’t. I hadn’t listened to the record in a while. I listened to it two nights ago because we spend a lot of time talking about it, and I’m like, “I should probably listen to it.” I listened to the whole thing, and I thought, “This is the first time honestly I’ve listened to a Bright Eyes record from start to finish that wasn’t in the studio.” Well, actually, it was in the studio. Never mind. I like them all.

OBERST: It was hard to pick singles because they fit together as an album. To hear one is sort of misleading, I feel like.

WALCOTT: It worked out well. To further what Conor was saying, a really tricky part of the process was trying to figure out what songs to play for people first because it does seem like each song is coming from a slightly different place and going to a different place. They all seem to make the most sense when they’re all together.

MOGIS: I can’t really pick a favorite, but sonically, from a mix and musicality perspective, “One and Done” is the one where I feel like, from a technical perspective, I’m the most proud of. Nate’s string part in that is great, and Flea’s fucking slap bass! It’s the first time Bright Eyes has slap bass, and it’s not overtly slap bass; it’s tasteful slap bass. It was like, “This is a cool, weird world coming together.”

WALCOTT: Have you ever heard the Billie Holiday record, Lady in Satin?

OBERST: I have, Nate.

WALCOTT: There’s this song called “I’m a Fool to Want You”. It’s got this incredible arrangement by a guy named Ray Ellis, and that was one of the songs that I threw in the back of my mind when I was working on “One and Done”. I like that song because there were a lot of parts of our musical interests that came together for me. There’s a little bit of this Billie Holiday record and a little bit of Flea playing slap bass. That’s one of my favorite records of all time.

On Working with Flea and Jon Theodore 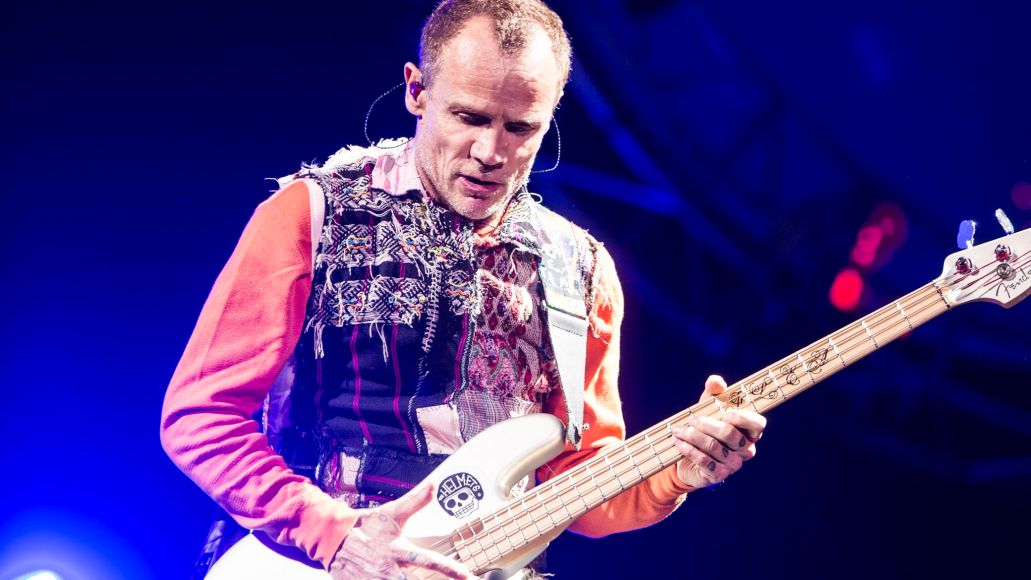 OBERST: Nate had been touring with the Red Hot Chili Peppers for a few years, and that’s how he got involved. But I am a big fan of the first Mars Volta record, De-Loused in the Comatorium. That doesn’t have a lot to do with our music, but we were talking about getting people to play, and we had discussed Flea because he was in the orbit. I have always been a huge fan of Jon Theodore, who’s the drummer on that. They were the rhythm section on that record, and I was like, “Wouldn’t it be amazing to have that rhythm section on our album?”

I didn’t quite know what to expect the first day, but they’re both so musical and so gifted. They’re both big-time sweethearts. We all got on amazingly. With Flea, I was just blown away by his sense of melody. He’s doing things that really transformed some of the songs on this album cycle. Both of them together, they took what could have been pretty milquetoast folk-rock and made it much more interesting and progressive, so I tip my hat to them.

WALCOTT: Flea and I have spent so much time talking about music, and he’s so well-rounded as a musician and comes from so many different places that the average music listener might not expect, whether it’s classical music or jazz. He knows jazz harmony in and out. If you were to pick out some of these songs, you’d hear some unusual chord changes. There’s nothing crazy, but there’s a few twists and turns. He was able to navigate that in a way that’s extremely musical, in a way that didn’t sound forced, but musical and natural.

MOGIS: Like Conor said, I also didn’t know what to expect, but it felt so natural. It should also be noted that he has such a powerful sense of fashion, too.

On Starting Their Comeback Album with “Pageturner’s Rag” 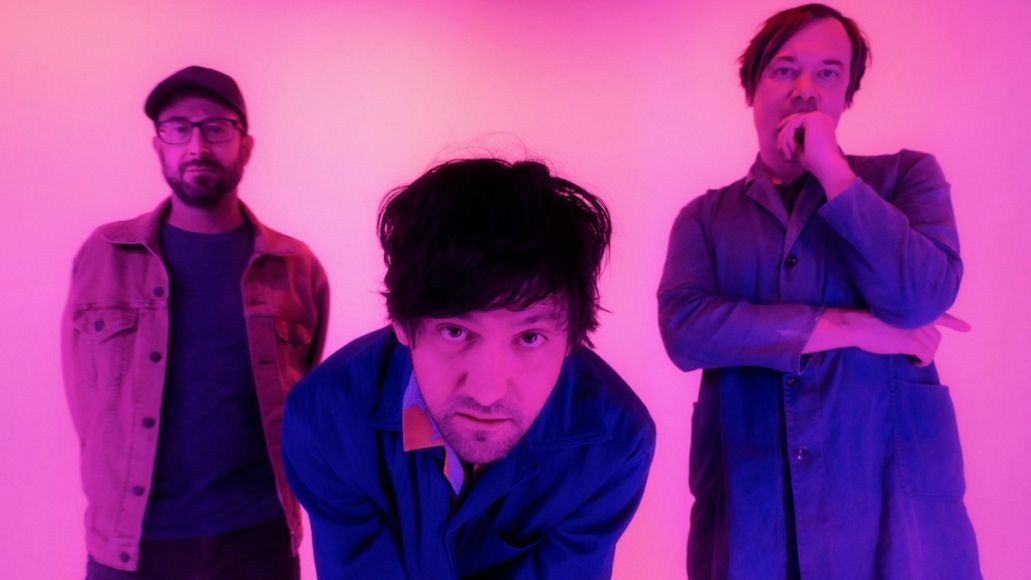 OBERST: We always start with some intro sound-collage madness on all of the albums. I always think of it as pay-at-the-door. Like, “If you can’t sit through this, then you’re just a casual listener and maybe in the wrong place.” So, I see it as that but also as a portal into the world of the universe that is going to be the record. You’ve got to walk through the threshold and down the hallway. The rest of the record is waiting for you on the other side. It’s a little portal that you have to walk through. That’s been a tradition on all of the albums.

Bright Eyes on Their Connection: "It Feels the Most Like Home"