We could all use a little good cheer these days, so it’s a good thing Dolly Parton still exists in this world. While we’re wallowing in a lost summer, the country icon is already getting into the holiday spirit with her newly announced 47th (!!) studio album, A Holly Dolly Christmas.

The record marks Parton’s first holiday collection since 1990’s Home for Christmas. In addition to classics like the semi-eponymous “Holly Jolly Christmas” and “Saw Mommy Kissing Santa Claus”, Parton penned five original tracks and co-wrote another with producer Kent Wells for the LP. What’s more, there are a number of special guest appearances throughout.

Miley Cyrus, Parton’s goddaughter, duets on “Christmas Is”, while Cyrus’ father, Billy Ray, joins in on “Christmas Where We Are”. Michael Bublé sings on “Cuddle Up, Cozy Down Christmas”; Jimmy Fallon helps on “All I Want for Christmas Is You”; and Dolly’s brother, Randy Parton, joins her for “You Are My Christmas”. Perhaps most excitingly for country fans, Willie Nelson appears to duet on a new version of his 1963 single “Pretty Paper”.

“I figured since everybody probably wouldn’t get to celebrate Christmas as usual this year, I wanted to be creative instead of sitting around at the house this summer,” Parton said in a statement. “So I put on my mask, gloves and practiced social distancing, as well as all of the wonderful musicians and singers, and we proceeded to put together what I think is some of the best work that I’ve ever done.”

“Cuddle Up, Cozy Down Christmas” is scheduled to be the record’s first single, though a release date hasn’t been set. A Holly Dolly Christmas, meanwhile, is due out October 2nd, and you can pre-order it now. There are also a number of bundle packages at Parton’s official webstore that include campfire mugs, sweaters, tree skirts, and exclusive gold- and green-colored vinyl.

For Her 75th Birthday, Dolly Parton Wants to Be on the Cover of Playboy

This isn’t Dolly Parton’s only release lined up for 2020. On November 17th, she’ll drop her “visual memoir and annotated songbook,” Dolly Parton, Songteller: My Life in Lyrics. The book will feature never-before-seen photos and behind-the-scenes stories from Parton herself to paint an in depth picture of her career. Pre-orders are available now.

Back in May, Parton shared her quarantine-penned single “When Life Is Good Again”. A month before that, she unlocked six of her albums for streaming platforms in hopes they “would again bring healing and help” during these uncertain times. She’s also spent the COVID-19 era reading children’s books on her YouTube series and pledging $1 million to help find a cure for the novel coronavirus. Think she’s done enough to warrant a Dolly statue replacing one of a KKK grand wizard in the Tennessee Capitol? 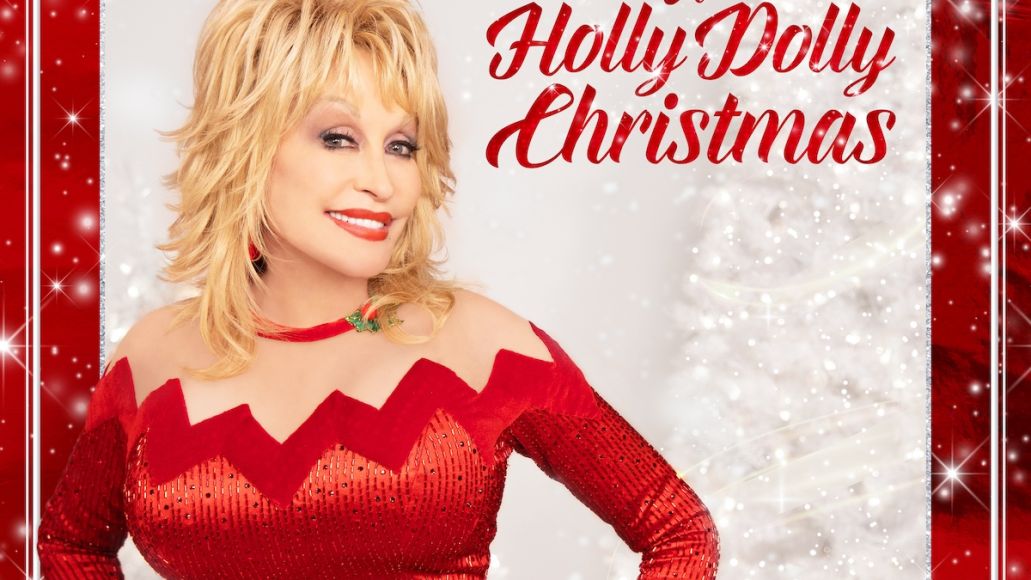