Following the cancellation of the 2020 edition due to the COVID-19 pandemic, the initial 2021 lineup of the UK’s massive Download festival has been revealed. System of a Down, KISS, Deftones, Korn, Gojira, Mastodon, and more are among the dozens of acts on the bill.

While many of the bands who were slated to play the 2020 edition are returning to perform at the 2021 fest, there are some significant changes to the lineup. Originally, the 2020 fest was to be headlined by System of a Down, KISS, and Iron Maiden. However, Maiden won’t appear at the 2021 edition, instead replaced by UK rock sensations Biffy Clyro in the headlining slot.

Aside from Iron Maiden, other major acts who were set to perform at Download in 2020 who are not on the newly announced 2021 lineup include Disturbed, BABYMETAL, and Alter Bridge. However, Alter Bridge singer Myles Kennedy is on the bill for the 2021 fest.

While the initial lineup has more than 80 acts, organizers promise that more bands will be announced in the coming months. 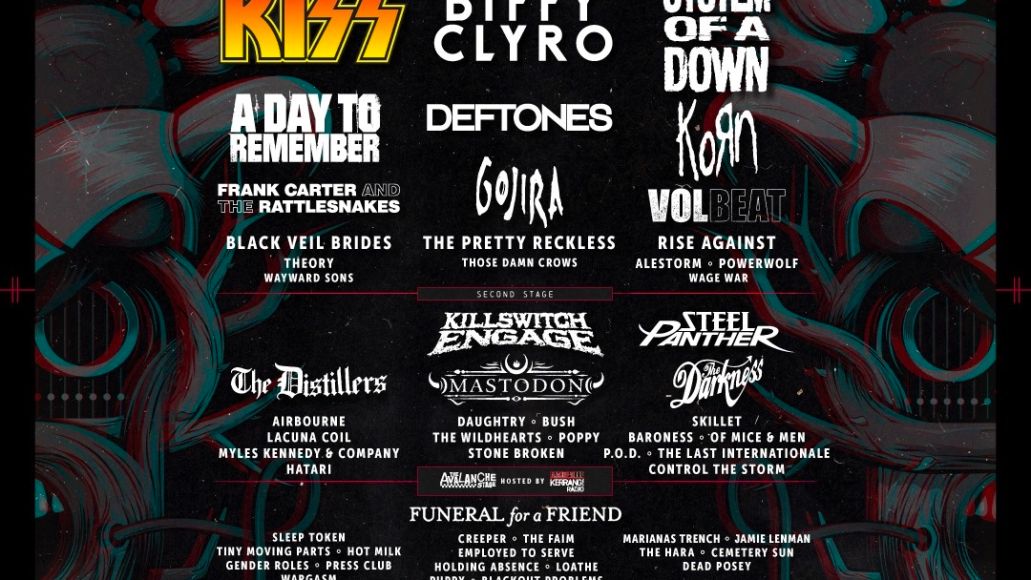