Elliott Smith’s sophomore self-titled album turned 25 years old last month, and Kill Rock Stars is celebrating the anniversary by releasing a new deluxe reissue of the LP. Stream it below via Apple Music and Spotify.

This deluxe edition features a fresh remaster of all of the album’s tracks, thanks to the official Smith family archivist Larry Crane pulling the from reels, cassettes, files, and DAT tapes to get recordings as close to the original Elliott Smith mix as possible. In addition to the original tracklist, the reissue includes the previously unreleased Live at Umbra Penumbra, capturing a September 17th, 1994 performance at Portland, Oregon’s Umbra Penumbra that’s the earliest known recording of Smith playing a solo acoustic show.

“There are fan-traded MP3s out there of this show,” Crane said in a statement. “But when people hear what I was able to extract from this original tape, they’ll be shocked.”

This 25th anniversary deluxe reissue of Elliott Smith also comes with a 52-page coffee table book featuring handwritten lyrics, stories from Smith’s friends and collaborators, and two dozen previously unreleased images from photographer JJ Gonson, including the original shot that became the album’s cover art. You can purchase the physical collection at the Elliott Smith website.

This is the latest Smith album to get a special re-release. Last year, XO and Figure 8 received deluxe reissues in honor of the musician’s 50th birthday. Before that, Either/Or was the subject of a special 20th anniversary reissue in 2017. 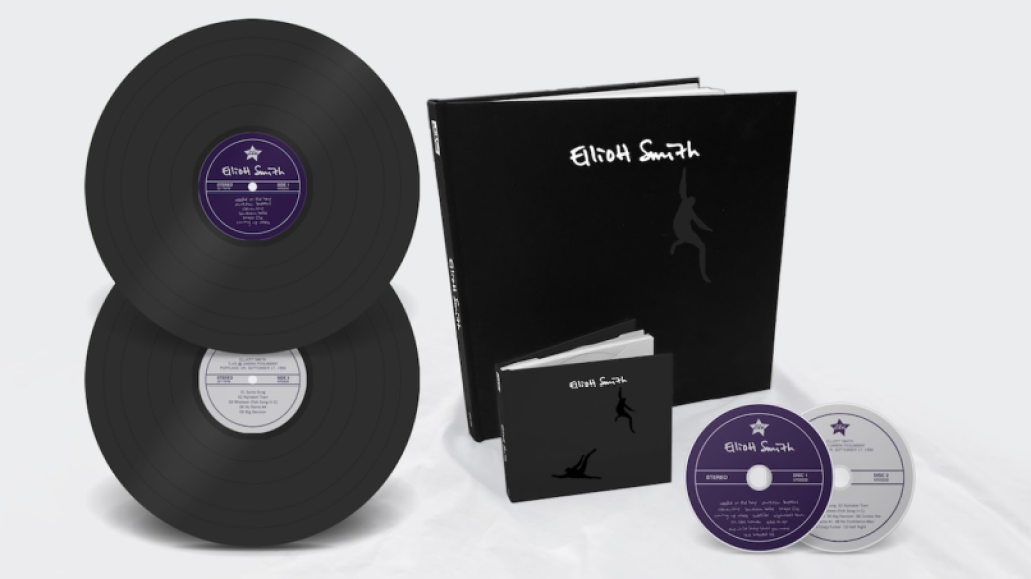