What’s in the Jar? Based on Simon Rich’s 2013 New Yorker short story “Sell Out”, An American Pickle spins a tall tale about a struggling immigrant named Herschel Greenbaum (Seth Rogen), who falls into a vat of pickles in 1920 Brooklyn, only to wake up brined and still-young 100 years later. A marvel of wonders — though, only for a gasp — Greenbaum meets his grandson Ben Greenbaum (also Rogen), a coder who develops apps. Naturally, hijinx ensue as this chummy, fish-out-of-water story unfolds.

An American Story: If you think this all sounds ludicrous, well, you’re not alone — so does the film. An American Pickle is very self-effacing about its harebrained story, maintaining a tongue-in-cheek tone throughout the entire movie. It’s a live-action cartoon and as episodic as one of the serials you’d find in the funny papers. Rich, who adapted his own story for the screen, shuffles the two Greenbaums from one misadventure to the other, and you can almost read the kicker at the end of each scene.

Even so, there’s a bittersweet aftertaste to An American Pickle — the story came from The New Yorker, after all — and it’s the hearty themes that keep the flavor alive within this 90-minute farce. Because really, it’s a story about coming to grips with your own heritage, and all too often the roots of our family tree are deeply scarred. Such is the case for Ben, who has literally buried his family and left them in the past — traditions and all. Herschel rebukes Ben for this, and there’s a lot to chew as their rivalry ensues. 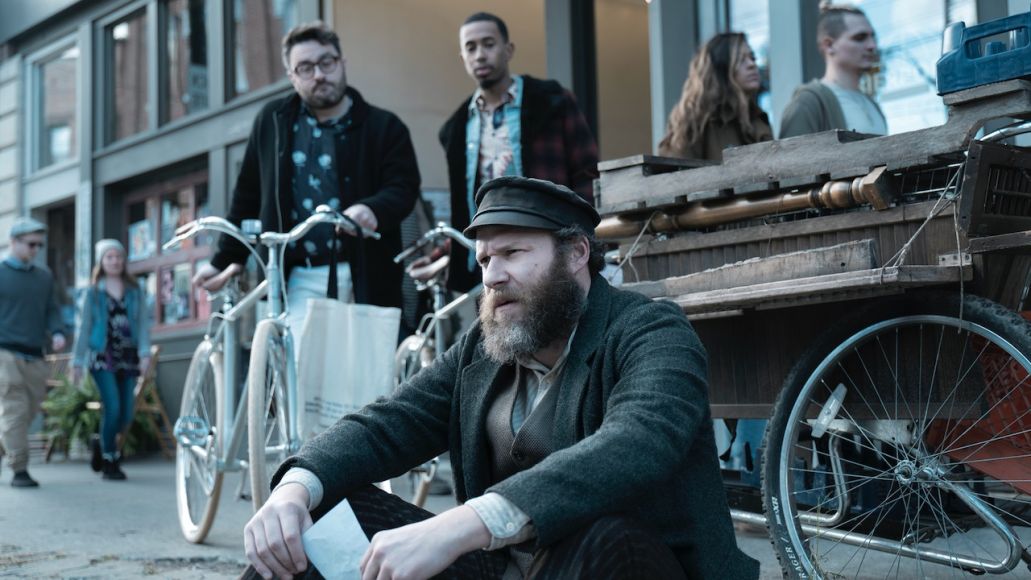 Rich is particularly invested in the pursuit of the would-be American dream. Both Greenbaums are dedicated to chasing their ideals, only one is doing it in the name of family. This split warrants some larger-than-life conflicts, but the ensuing venom between the two estranged family members speaks volumes about the pursuit itself. In the end, these sour battles serve as broad (and often thin) gesticulations at the ills of capitalism, and how whatever virtues we carry over simply become fuel for the system at large.

Much of that commentary is laced in not-so-subtle barbs that Rich wields throughout his folksy tale, barbs that speak to the larger American crisis at hand. There’s a bit about the morality of internships (and how it’s modern day slavery), there’s a take on the appropriative fetishism of other cultures (and the need for authenticity), and there’s a running gag about modern fusion cuisines (jackfruit nachos got laughs out of this writer). Rich takes a folksy, freewheelin’ approach to these observations, and while not all of it lands, they do add some much-needed color to An American Pickle. 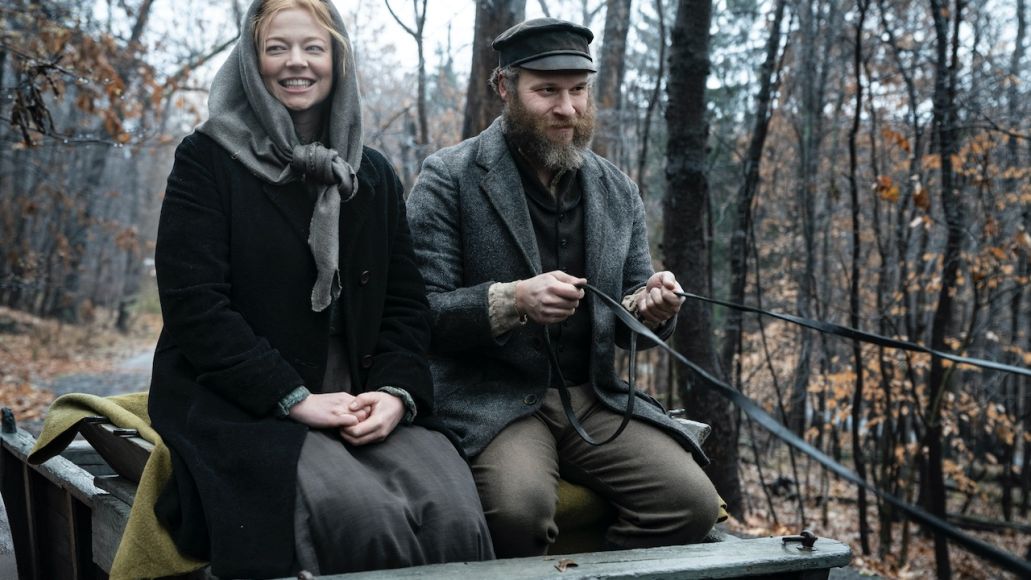 2 Seth, 2 Rogen: With the exception of a few cameos — Succession‘s Sarah Snook pops up in the beginning, I Think You Should Leave‘s Tim Robinson steals the show midway through — this is a performance piece for Rogen. And to his credit, he does strike a balance between the two Greenbaums, at least in the sense that one is the Rogen archetype we’re all familiar with, while the other is more of a caricature of his familiar self. The ease at which the two play off one another, though, is seamless.

Director Brandon Trost — in his feature film debut, no less — pivots around the two performances with an amiable, unassuming naturalism. Granted, there are a number of cutaways that dial back to old Hollywood tricks, but a few sequences evolve that magic. In one of their first shared scenes, Ben shows Herschel around his apartment, and it’s admittedly easy to forget they’re the same person. That feeling is further exacerbated when the two stumble into a fight with a bunch of construction workers.

The Evolution of Seth Rogen

Rogen is never not charming, and that charm does a lot of the heavy lifting in An American Pickle. It’s a very claustrophobic picture in that there’s really no cast beyond Rogen. You get the aforementioned faces punching in and punching out, but there’s not a single moment where Rogen isn’t handling the action or gags himself. It’s very short story in that sense, which is why much of your enjoyment will depend on how much currency Rogen carries for you. For some, this might be “a little much.” 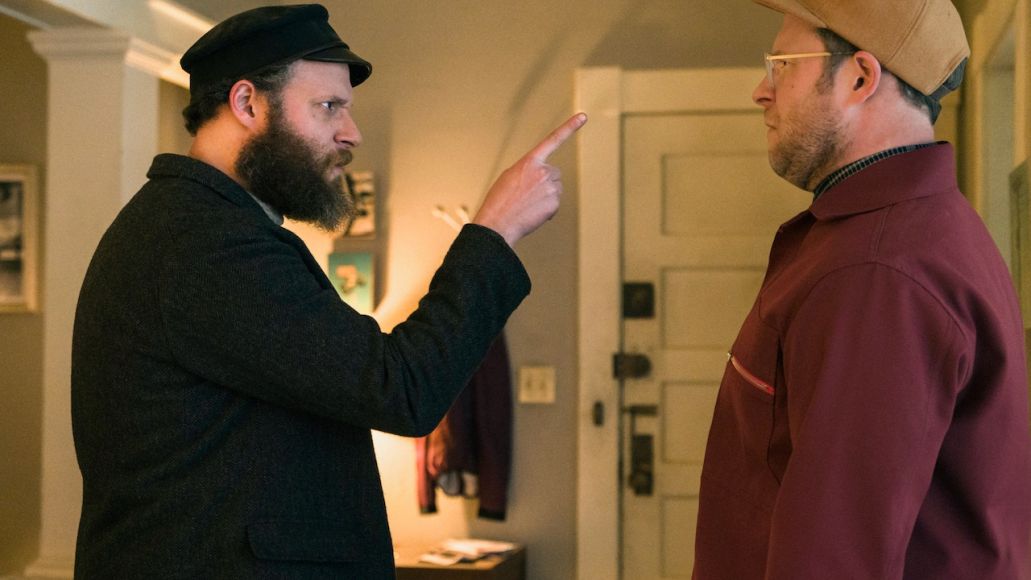 The Verdict: An American Pickle is cute — nothing more, nothing less. It’s not laugh-out-loud funny; it’s folksy funny. This is chicken soup for the soul, arriving at a time when Americans could use a balmy parable on family and tradition. Not all of it works — and it could probably shave off a good 10 minutes, even despite its already curt runtime — but there’s a warm delight to watching the two Rogens. Of course, you also have to consider the context: This is a small movie, arriving at a time when the Davids of Hollywood are being propped up like Goliaths. An American Pickle isn’t built to withstand that elevation, which is why it’ll likely live on as a hidden gem within HBO Max. Or, to stay on theme, a jar in the back of the pantry, one that comes in handy when you least expect it.

Seth Rogen's An American Pickle Shines Through the Brine With Sweet and Sour Quirks: Review