The Pitch: Disney’s made the shift once more with The One and Only Ivan, a family adventure drama that was originally slated for theatrical release but has since moved to Disney+. Like many of their classics, this new movie is all about a group of scrappy, heroic animals banding together to go on an epic journey, replete with an A-List cast and computer effects. But does it work on the small screen?

A True Story … Kind Of: The One and Only Ivan is a halfway decent live-action/CGI fable that makes a fatal mistake at the very end. Based on the children’s novel of the same name by K.A. Applegate, this film is inspired by a true story of a silverback gorilla who rose to fame as the star attraction of a circus in a suburban American mall all while tapping into his artistic abilities as a painter. Director Thea Sharrock and screenwriter Mike White (yes, of School of Rock and Chuck and Buck) do their able best at turning this into an average feature film, but they come up short in part because of that dratted true story.

Though the human characters in the film, such as circus owner and ringleader Mack (Bryan Cranston), don’t have actual conversations with the animals, they do talk a lot. Ivan, voiced by Sam Rockwell, may look the part of a fierce gorilla, but he’s a softy who becomes dead-set on protecting and freeing the newest member of the circus: a baby elephant named Ruby (Brooklynn Prince). Rockwell’s not the only wildly overqualified member of the voice cast: Helen Mirren voices a poodle named Snickers, and that is the end of the joke of her character; Danny DeVito plays a friendly stray dog; and Angelina Jolie plays an older elephant who grows close to Ruby. Ivan, his desire to be free, and his painting are all quite clearly the truest part of the original story — all of the animal wackiness here (DeVito is especially goofy as the dog) was likely a product of the book or of Disney adding in comic relief. 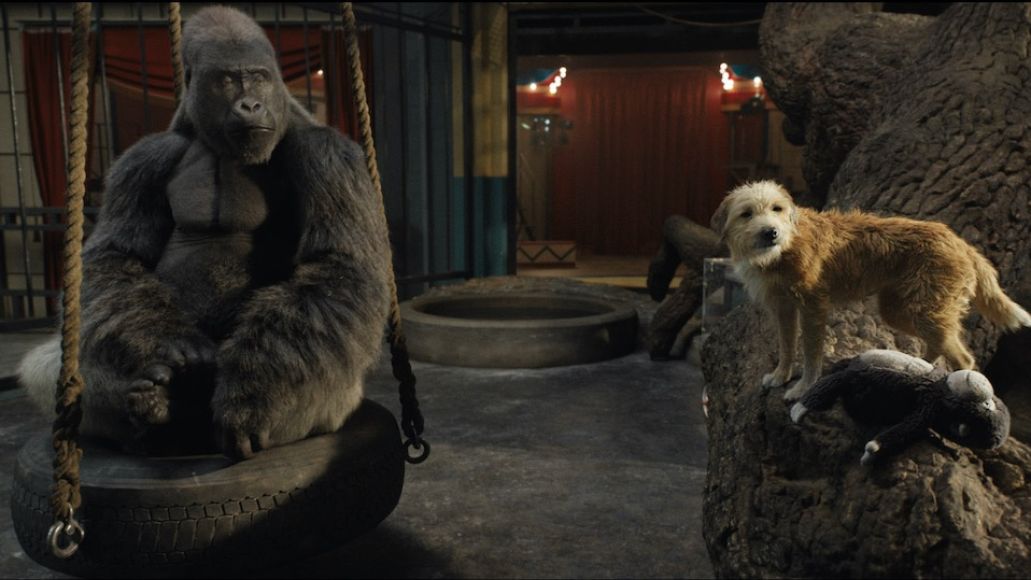 The One and Only Ivan (Disney+)

Clearing A Low Bar: Like almost every other Disney+ Original so far, The One and Only Ivan is … fine. It’s OK. The twist is that The One and Only Ivan wasn’t intended for streaming. Until a couple months ago, it was slated to be released in theaters (in the middle of August 2020, too) before Disney chose to skip theaters entirely. Though The One and Only Ivan must have cost a fair bit of money — the animals look like the product of CGI even when they’re not talking, and there’s a flashback sequence in which Cranston appears to be heavily de-aged — it fits in with films like Magic Camp or Noelle, meaning that it’s truly mystifying that Disney was ever going to release this in theaters.

Sharrock, off the romantic drama Me Before You, falls in line with many other directors doing their first go-round with something heavily CG, stripping the story of any visual flair or something that would denote a singular, distinctive vision behind the camera. Unlike the hideous Artemis Fowl, this is a competently made film, but base-level competence isn’t the equivalent of genuine entertainment.

The other issue is the true lack of conflict in The One and Only Ivan; compared with last year’s embarrassing live-action/CG remake of Dumbo (another film where the biggest message amounted to “Circuses with animals in them are bad and should be abolished”, a perfectly agreeable moral that doesn’t make for fun moviegoing), there’s no conflict here. Though Mack is somewhat frustrated and desperate to keep his business afloat, he’s never a true antagonist, and neither are any of the other humans or animals. Ivan wants to first free Ruby, and then himself, and the other animals, but there’s not really any obstacles in their way. 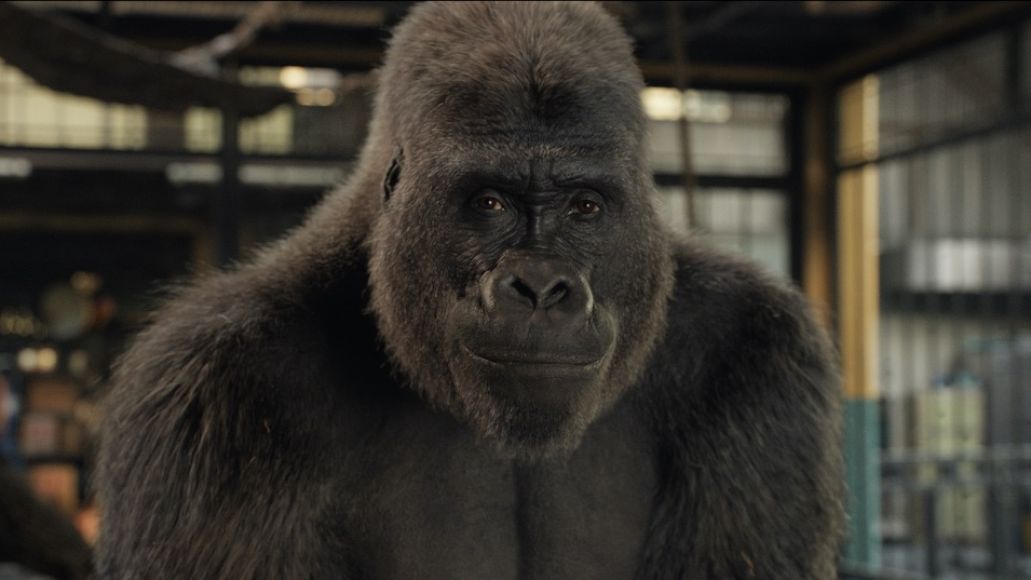 The One and Only Ivan (Disney+)

The Final Reveal: The One and Only Ivan always “feels” like a movie without actually being compelling enough to be truly entertaining. It doesn’t help matters that we’re dealing with Disney here, especially in the final moments. If history can be considered a spoiler, then consider yourself warned: After the happy ending, The One and Only Ivan pulls the same trick that many other true-life dramas do, revealing the real McCoy just before the end credits. Even though the film is largely taking its cue from the novel, there really was a gorilla named Ivan, who — in the early 1960s — was saved from poachers and adopted by an American family, all before moving to Tacoma, Washington to be the central attraction at a circus in the middle of a shopping mall. Only after local protests (three decades later) was Ivan moved to a wildlife preserve in Atlanta, Georgia to roam free. It’s a fascinating bit of information, and a truly compelling story.

It is, in fact, vastly more compelling than the fictional film preceding these cards. The big-name cast, decent budget, and impressive screenwriter cannot help the fact that a story placing the audience with the animals is frankly less fascinating than watching a documentary about how it is that a gorilla thrived for so long at a shopping mall, why it is that locals weren’t organized for decades to protest inhumane treatment, and what happened to Ivan after so many years in relative isolation. Also, learning that Ivan didn’t see sunlight for 27 years is one of those details — mentioned in the end title cards — that is heartbreaking for all the wrong reasons. All it does is emphasize the sad reality being teased at in a fictional story of a gorilla learning to embrace its artistic side.

What’s Streaming on Disney Plus in August 2020

The 101 Greatest Dogs in Film History

The One and Only Ivan is well-intentioned enough, but arriving on Disney+ in the dog days of summer only heightens how out of place it feels. Had this film been released in theaters, in a timeline without a worldwide pandemic, it’s hard to imagine Ivan dominating the box office. And now that it takes its place on a streaming service with a veritable treasure trove of nature documentaries about animals great and small (you should check out the National Geographic section of Disney+ if you haven’t), The One and Only Ivan is asking you to be more compelled by actors giving voice to CGI animals instead of just learning about the real thing. Why live in a fantasy when the real world, in this case, is more fascinating?

Where’s It Streaming? The One and Only Ivan drops on Disney+ this Friday, August 21st.