The Pitch: In 2016, a near-perfect South Korean zombie flick crawled across the consciousness. Back then, Yeon Sang-ho’s Train to Busan—premised upon an extremely contagious virus turning people into man-eating monsters—reaped a whirlwind of success. When Sang-ho returned to make the sequel Train to Busan Presents: Peninsula, he couldn’t have predicted the prescient nature of his action-horror film. But amidst the resultant lockdowns and quarantines from Covid-19, the concept plays vastly different today. Following a former army captain and a small family surviving in Incheon, Peninsula combines components from I Am Legend, Mad Max, and the Fast & Furious series for a nonsensical joy ride that, while entertaining, lacks the sharpness of its predecessor.

In Your Head: Peninsula opens to a South Korean army captain, Jung-seok (Gang Dong-won), speeding down a country road with his sister’s family—her husband Chul-min (Kim Do-yoon) and their young son Dong-hwan (Moon Woo-jin)—in tow. On their way to a ship departing from the infected city of Incheon, they come upon a family of three begging for transportation to the boat. Disregarding the protestations of his sister (Jang So-yeon), Jung-seok speeds off. In a world falling apart, and unseen contagion wreaking havoc, to the army captain, leaving is the only sensible decision. It’s a choice he comes to regret.

Even when they make the boat, their troubles do not end. What follows is a tense, claustrophobic action scene staged among the winding corridors of the vessel’s lower deck. Though Peninsula features significant plot holes, the gunplay runs seamlessly. Moreover, the narrative always makes emotional sense, even when relying on melodramatic heartbreak. Through a contemporary American newscast, which intercuts with the aforementioned boat scene, viewers discover that South Korea is enduring its fourth year of quarantine after allowing the contagion to spread uncontrolled. Considering America has lost control of Covid—causing the world to rightly shun us—the irony runs over the action flick with bulldozer force. 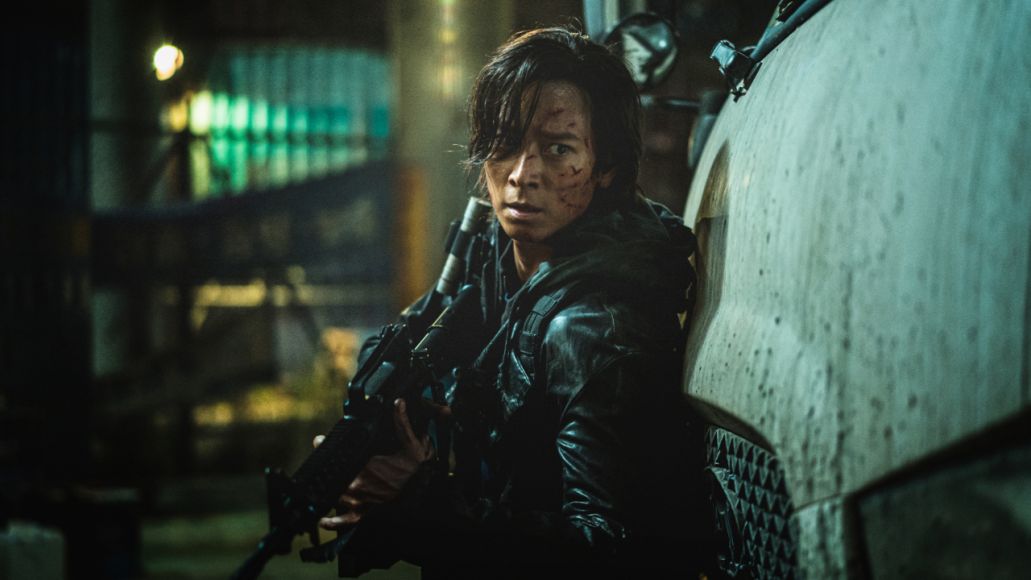 They Are Crying: In the present-day, the guilt-ridden Jung-seok, and his tormented brother-in-law Chul-min, live as pariahs in a Hong Kong community left contemptuous and fearful of South Koreans. An underworld American, with the promise of an astronomical payment, conscripts the pair and two others to venture back into Incheon, drive a truckload of American money to port, and sail the loot back to him. There are just two things they must be weary of: the zombies do not see well at night, and they’re extremely sensitive to sound.

The production design in Sang-ho’s thriller is eerily fantastic. Upon arriving in Incheon, Peninsula turns into I Am Legend. The group encounters a desolate, near-deserted urban landscape. Abandoned disused cars litter the highways and graffiti’d messages suchas “God has forsaken us” cover the ground. After a variety of close calls, Jung-seok is saved by a jeep driven by two kid sisters: Joon-i (Lee Re) and Yu-jin (Lee Ye-won).

The pair might be the best part of Peninsula. They add whimsical childlike tactics to heavy zombie killing while Joon-i, in particular, controls the jeep with a Fast and the Furious-level handling. Swiveling, swerving, and drifting through the dilapidated streets, while the uptempo acoustic score dances about, she uses the vehicle as an agile battering ram against the hordes of oncoming monsters. Sang-ho ingeniously uses the rules of his universe to great effect during the first car chase. For instance, when the sisters and Jung-seok are blocked by a compendium of zombies, Yu-jin employs a bedazzled remote-controlled car, topped with flashing disco lights, to draw the flesh-eating monsters away. 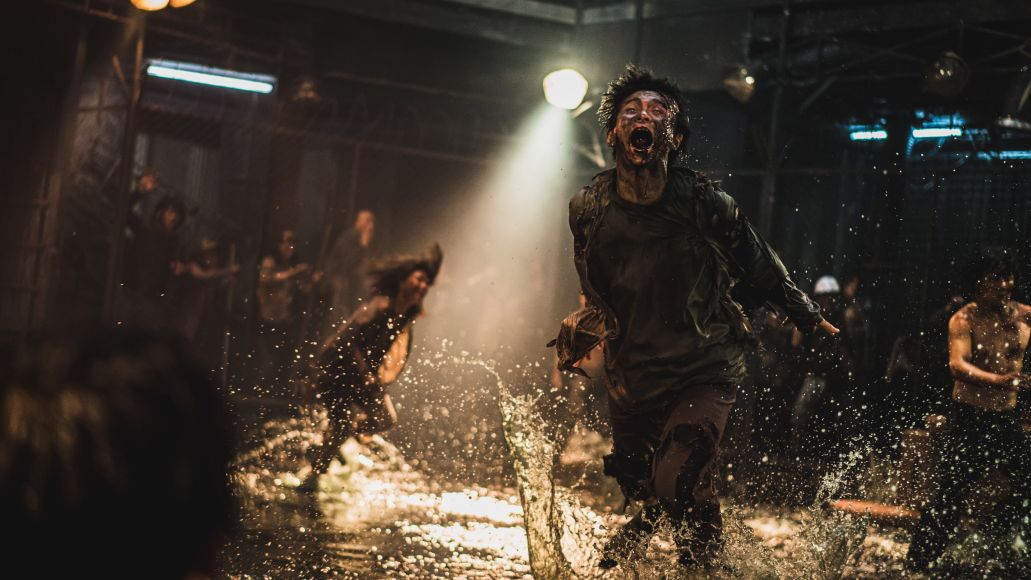 Zombie, Zombie, Zombie-ie-ie: The second half of Peninsula gives way to a redemption story with too many moving parts. When the sisters return home with Jung-seok, the latter meets their mom Min-jung (Lee Jung-hyun) and aloof grandfather (Kwon Hae-hyo). Their only way out of the crumbling city is to commandeer the truck from Unit 631—the Mad Max marauders made unhinged from their government abandoning them—who are controlled by Captain Seo (Koo Kyo-hwan). A weak and ineffectual leader in the face of Sergeant first class Hwang (Kim Min-jae)—the commander officer of Unit 631—desperately wants to leave the quickly decaying metropolis, too. In a surreal turn of events, he’s also holding Jung-seok’s brother-in-law hostage as a gladiatorial slave. To escape, the family needs to break into Unit 631’s stronghold, steal the truck, and deliver the money to the dock.

While the final act of Peninsula features sharp gunplay and extended car chases, the unraveling plot nearly sinks the film. When Jung-seok and Min-jung infiltrate the base of the blood-thirsty mercenaries, refined tracking shots following the pair through the maze of storage containers leads to intimate hand-to-hand combat and wildly intricate compositions. Next to the children, Yang Jin-mo’s editing is often the star. The race to the docks between Jung-seok and co and Hwang is high-octane fun as cars and trucks bash against each other at dizzying speeds. However, Sang-ho begins to ignore the rules of his universe and relies on convenient dramatic turns, which narratively make little sense. The final confrontation between Jung-seok and Captain Seo—who lacks menace as a villain—also spoils the closing scenes.

Train to Busan Is Zombie Horror With a Heart

The Verdict: Peninsula isn’t nearly as refined as Train to Busan. Due to a few last-second tricks, the post-apocalyptic thriller nearly ends on a ham-fisted note. But if one texture works amid the narrative’s pandemonium, other than the slick action, it’s the emotional resonance of the film. The last melodramatic minutes should’ve caused Peninsula to collapse completely, but instead, they reduced this writer to a puddle of tears. By confronting the failure of a government to protect its citizens, by exploring a country quarantined and destroyed by a virus, and through allowing a spiritual zombie a moment of redemption, even among the deafening set pieces, Sang-ho’s Peninsula never wavers on the matters of the heart. 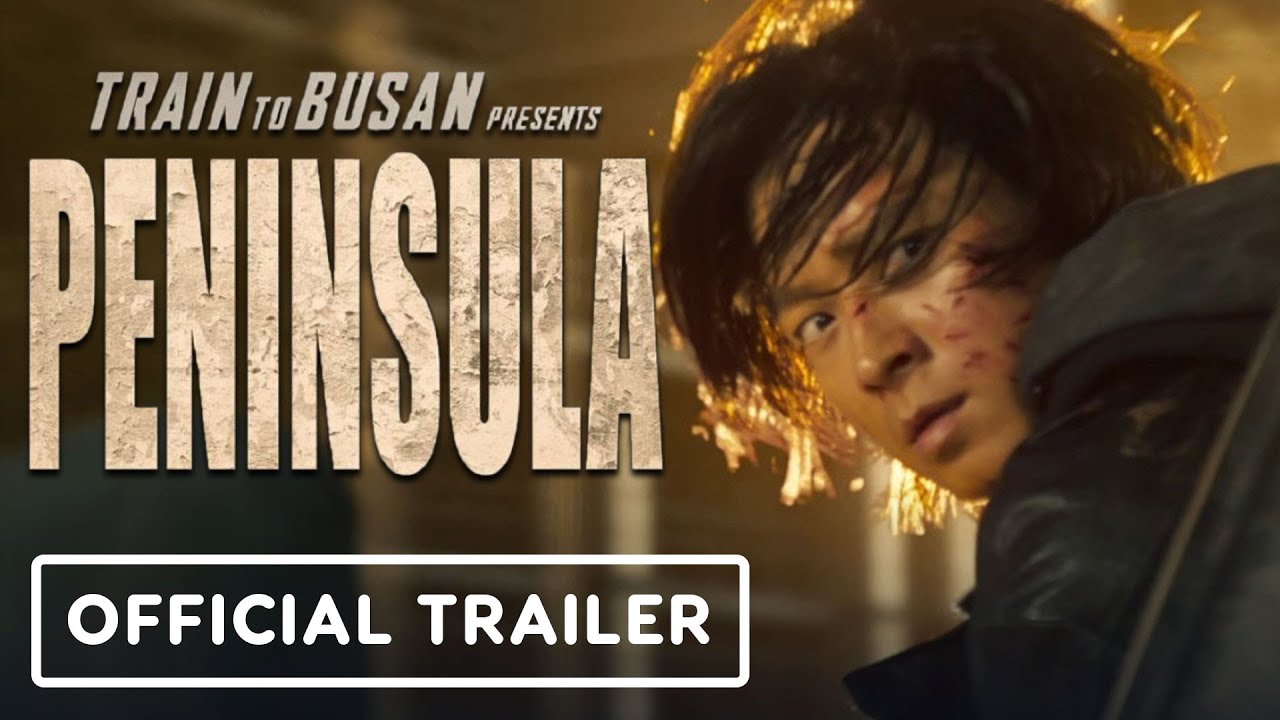 Peninsula Isn't Nearly as Refined as Train to Busan: Review