James Comey (Jeff Daniels) faces off against Donald Trump (Brendan Gleeson) in the new trailer for the Showtime limited series The Comey Rule. The two-episode series premieres on September 27th.

Based on Comey’s book A Higher Loyalty: Truth, Lies and Leadership, The Comey Rule dramatizes the former FBI director’s attempts to document Russian meddling in the 2016 election, as well as the illegal actions taken by Trump to cover it up. The series is written and directed by Billy Ray, best known for scripts for other based-on-a-true-story tales like Captain Phillips and Richard Jewell, as well as the 2021 Hunger Games prequel.

As the trailer reveals, Ray has chosen not to modify Daniel’s appearance, perhaps with the understanding that both he and Comey are generic white guys. The real question, of course, is does Trump look like Trump? From the short glimpses seen here, Gleeson appears to be magnificent: orange-hued, with delicate tufts of hair quivering along with his jowls. His voice is a far cry better than anything heard on SNL, and he’s almost guaranteed an Emmy nomination just for the menace he puts into the word “loyalty.”

The star-studded cast is rounded out by Michael Kelly as Andrew McCabe, Holly Hunter as Sally Yates, Jennifer Ehle as Patrice Comey, Scoot McNairy as Rod Rosenstein, and Kingsley Ben-Adir as Barack Obama. The Comey Rule airs on September 27th on Showtime. Check out the trailer below.

Daniels recently reunited with his old Dumb and Dumber co-star by narrating the audiobook of Jim Carrey’s novel. 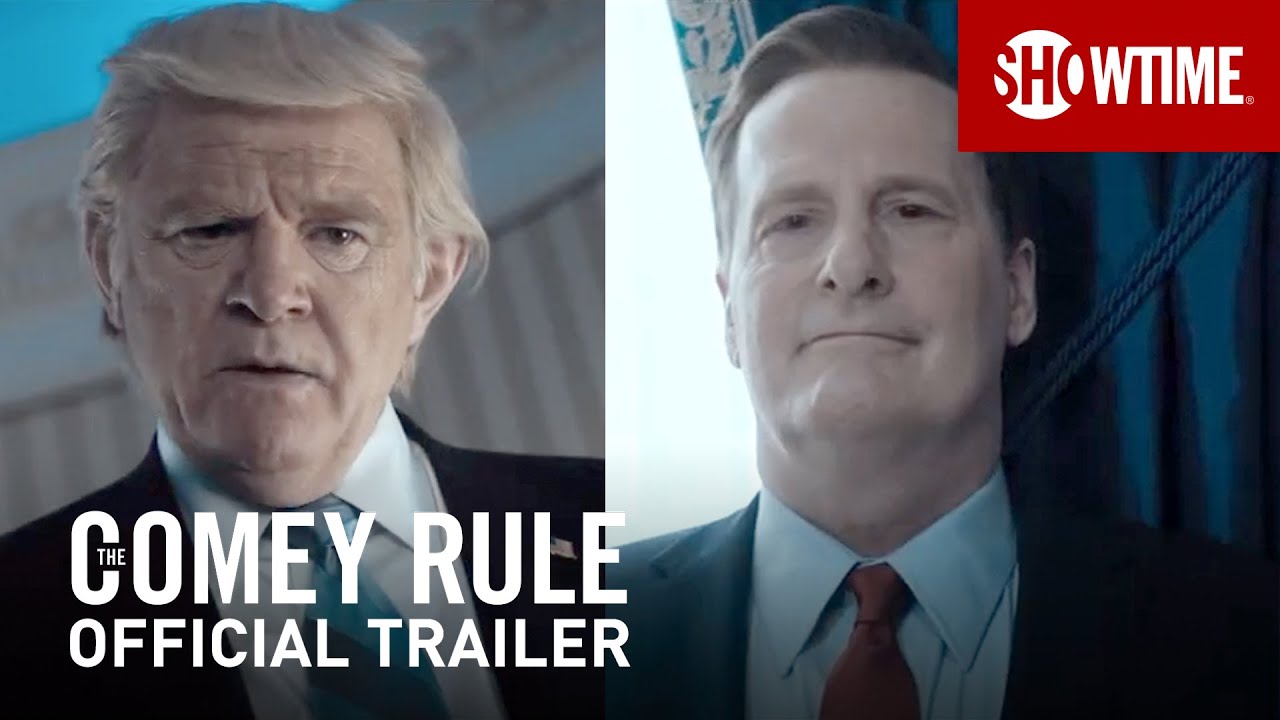 It's Jeff Daniels' Comey Vs. Brendan Gleeson's Trump in Trailer for The Comey Rule: Watch