While Hollywood itself is still on lockdown due to surging coronavirus cases in California, movie studios have slowly begun pressing forward with overseas movie-making. The upcoming threequel Jurassic World: Dominion actually resumed shooting back on July 6th, and new images reveal how the production is setting an example of to safely get back to work.

The New York Times ran the trio of set pics along with details of Universal’s extensive guidelines and precautions at Pinewood Studios outside London. The studio issued a 107-page safety manual to every member of the cast and crew, outlining everything from infrared temperature scanners to vacuum-sealed meals and the plastic partitions in place in the takeout-only cafeteria. Everyone working on the film is split into two categories: the more-restricted crew members like construction and props don’t need to be on set during filming, while the director (Colin Trevorrow), cast, camera operators, and the like have access to the “Green Zone.”

To keep infections in check, Universal rented out an entire luxury hotel for the cast and crew. Upon arrival, everyone is quarantined for 14 days. While they’re then free to roam the hotel grounds without social distancing or enforced mask requirements, the cast is tested three times a week. Other crew members who don’t interact as much with others and can wear PPE receive less frequent tests. In all, the studio procured 18,000 COVID-19 tests, and employed one general practitioner and four nurses. 150 hand sanitizer stations are set up throughout the hotel and set.

Star Bryce Dallas Howard said she now can attach her own microphone and knows the name of the person who cleans her hotel room, things you wouldn’t normally have knowledge of during regular filming. “Until now, actors were not really included in prep,” she said” “But in order to get any of us on a plane, we had to thoroughly understand the protocols, who was involved and hear second and third opinions. We are the guinea pigs who are going to take the leap.”

As you can see in the pictures, crew members are wearing masks even when interacting with animatronics or holding a boom mic at a very socially distant length away from the actors. There’s also a look at the Green Zone entrance, a one-way tent with temperature checks and hand sanitizer stations. 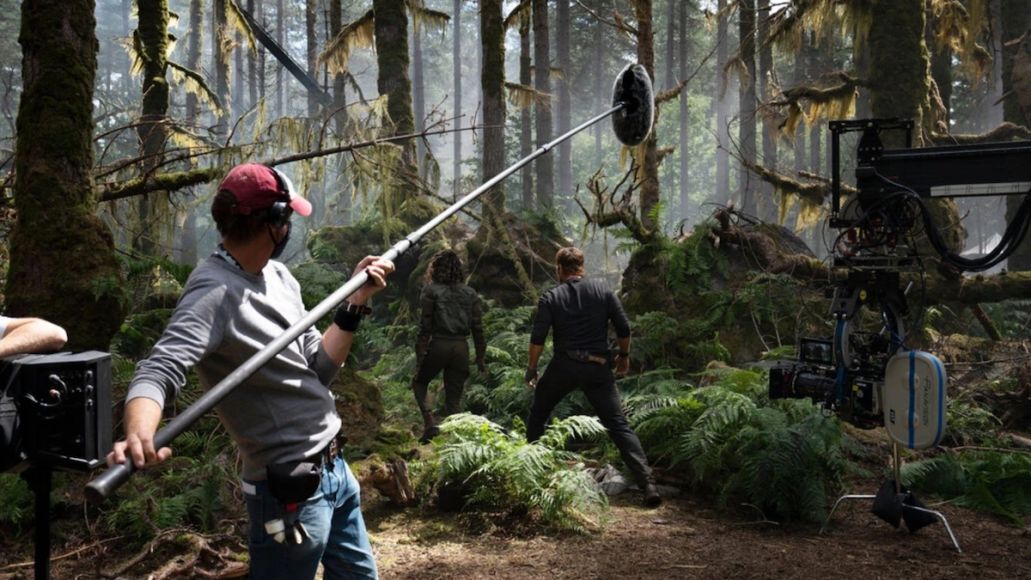 Enacting all these safety measures is costing the studio a reported $9 million, but Trevorrow said it’s worth it to have the actors comfortable returning to set. “For Laura Dern, Sam Neill, Jeff Goldblum and all our actors, they were very cautious,” he told The NYT. “But knowing that we would all be safe together is what really moved the needle. If they hadn’t been willing to come, nothing could have happened.”

Thus far, only four crew members in Britain have tested positive. They were quarantined for two weeks, and after three negative tests were permitted to return to work. Meanwhile, four of the advanced Malta team have also tested positive, and are currently in isolation.

Howard, who compared filming to the type of “closed-set” usually reserved for sex scenes, said she hopes such precautions stay in place even after the pandemic. “After being on set, all of us actors hope that these protocols stay in place. Because they are improvements,” she explained. “Nothing feels like a redundancy, nothing feels annoying. It is in a sense a safety reckoning that still feels like a good idea in a post-Covid-vaccine world.”

Jurassic World: Dominion is currently looking to rip into theaters on June 11th, 2021. Below, check out the images — plus another recent teaser shot referencing a classic moment from the original Jurassic Park.

Editor’s Note: You too can stay safe by picking up one of our custom face masks, such as the “Dino Mask”, which is also available in a kids size. A portion of the proceeds will benefit MusiCares’ COVID-19 Artist Relief fund supporting independent musicians. 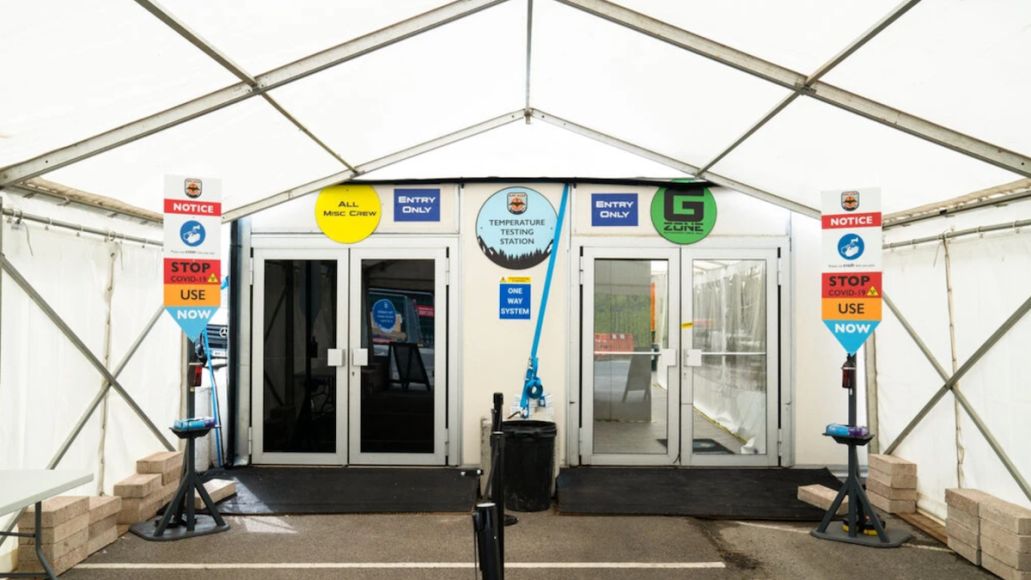 Jurassic World: Dominion Set Photos Reveal What It's Like Filming During COVID-19