Last big thing — meet the next big thing. That’s not really a fair assessment. It’s not like Cardi B has done anything to dim her star other than lie low during a pandemic. But during a several-month span where days drag out forever, the fact that Cardi pretty much owned 2017 right up through last summer feels like a bit of ancient history. Her latest collaborator, Megan Thee Stallion, on the other hand, has treated the last several months as her own personal coming-out party. After coining the phrase “Hot Girl Summer” for us just a year ago this weekend, the emerging rapper teamed with fellow Texan Beyoncé on a remix of her song “Savage” to top the charts and go viral on TikTok. The only setback — and a scary one at that — has been that Megan actually suffered gunshot wounds in mid-July. Luckily, she’s expected to make a full recovery. Now, the femcee joins Cardi for the first time on what may go down as the song — or at least sexiest track — of the summer. 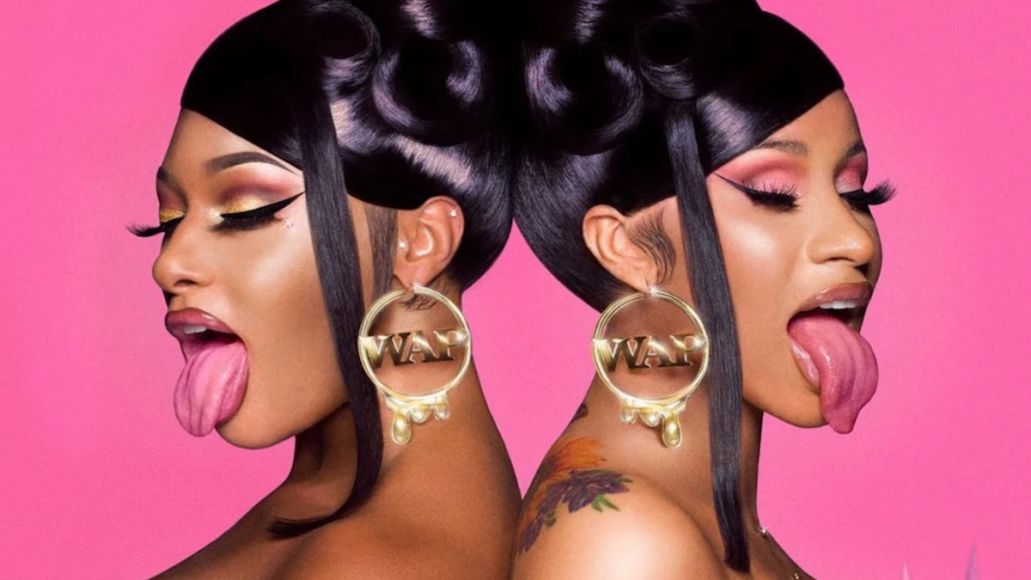 “WAP”, which stands for “Wet Ass Pussy”, is expected to be an early taste of Cardi’s second album, and neither she nor Megan mince words when it comes to sex, especially the type they want. “Yeah, you fuckin’ with some wet-ass pussy,” opens Cardi before dispensing advice on all the ways to please her: “Put this pussy right in your face/ Swipe your nose like a credit card” or “I want you to park that big Mack truck right in this little garage.” As the striking single artwork suggests (see above), Megan and Cardi are of similar minds (and not just hair) on the subject. Megan chimes in with no less explicit instructions on her verses: “Gobble me, swallow me, drip down the side of me (Yeah)/ Quick, jump out ‘fore you let it get inside of me (Yeah).” All of which gets amplified ten-fold by the strong sexual imagery of the accompanying video, which also features cameos from Kylie Jenner, Normani, and Rosalía.

As one might anticipate, there have been no shortage of reactions to the song and its video. Some are calling the joint release a testament to sexual liberation (particularly for women of color) and female empowerment while others, including a couple head-scratching political figures, have considered “WAP” to be pure filth or an example of selling sex rather than art. Others have butted heads on the merits of the song itself apart from the video. To ask Cardi B and Megan Thee Stallion themselves, the release is far more about two top-flight rappers being able to collaborate and pull off a major project during an incredibly challenging time. To see their giddiness as they prepared to release their collaboration together is enough to make one consider if some of us aren’t falling back on the same old hang-ups (or attitudes) we always have when women express their sexuality overtly (hell, the video tones down “wet-ass pussy” to “wet and gushy”).

Either way … Cardi B and Megan Thee Stallion have us talking.

Song of the Week: Cardi B and Megan Thee Stallion Raise Old Debates with "WAP"