Songs That Made Movies Classics is a feature in which we analyze how the use of a single song helped make a film a modern classic. This time, Editorial Director Matt Melis straightens his red bow tie as he looks back at Danny Elfman’s unforgettable “Breakfast Machine” in Pee-wee’s Big Adventure.

Nobody quite knew what they were getting when Pee-wee’s Big Adventure came out in August 1985. Tim Burton was still an unknown filmmaker, Danny Elfman was essentially a first-time film composer, and Paul Reubens’ now-iconic 98-pound manchild had never before carried more than a late-night HBO special on his slim shoulders. Reubens even admits that he and his co-writers, Phil Hartman and Michael Varhol, wrote the script beat-for-beat from Syd Field’s how-to book, Screenplay — right down to Pee-wee’s bike acting as a MacGuffin. “It’s a 90-minute film, it’s a 90-page script,” Reubens explained to Script Magazine in 2011. “On page 30, I lose my bike. On page 60, I find it. It’s literally exactly what they said to do in the book.” While critical opinion was split upon the movie’s release, enraptured fans helped Pee-wee’s Big Adventure and its pipsqueak protagonist pedal ahead to box-office success during a time where names like Schwarzenegger, Stallone, and Gibson were the muscle-bound heroes emerging in Hollywood.

Warner Bros. was banking primarily on the appeal of the Pee-wee Herman character when they hired Reubens to develop a script. The character, developed by Reubens and future Saturday Night Live star Phil Hartman while the two were members of famous LA-based improv group The Groundlings, had seen his star grow in the late ’70s through cameos, a hit stage show that led to an HBO special, several appearances on David Letterman’s late-night talk show, and a sold-out Carnegie Hall performance. When it finally came time to develop Pee-wee’s Big Adventure, Reubens and his manic creation, as far as the public understood, were one and the same. With his character honed over several years, Reubens now needed a vehicle — beyond a bicycle — that could carry Pee-wee beyond the stage and late-night couch. Luckily, two future luminaries were ready to step in. 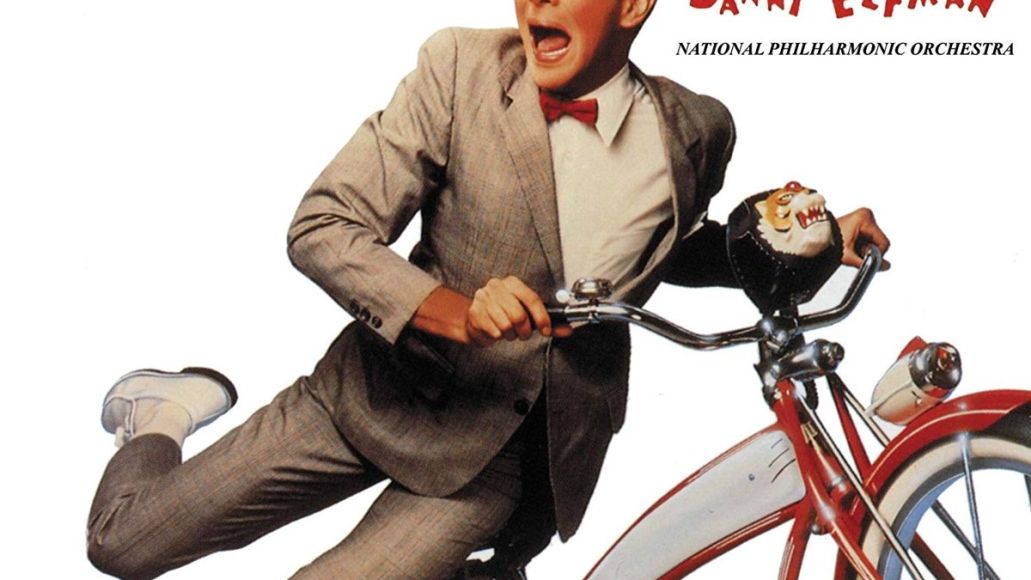 After a half-decade of not being appreciated in Disney’s animation division, the studio dismissed Tim Burton and his already dark style, which “the Mouse” deemed too scary for children. Reubens’ admiration for Burton’s live-action short, Frankenweenie, led the comedian to ask the nascent future auteur to come aboard his project. It turned out to be arguably the best hire of Reubens’ career. On one hand, credit Reubens with understanding that there is a dark, obsessive, selfish quality within Pee-wee Herman, a side that meshes naturally with Burton’s style and lends itself to some of the finished film’s nightmare fuel. But also consider the generosity of Burton — though hired to direct Reubens’ vision — in helping create the ultimate platform for 90 minutes of Pee-wee Herman to be his eccentric self in a world that — apart from arch-nemesis Francis — never bats an eye at the character’s peculiarities. In that sense, Burton and team lent a sweetness to the film — playfully imagining, for instance, the housing code violation that is Pee-wee’s front yard or the wacky lawn-watering ritual that his neighbors overlook — and created a world where their unlikely hero’s adventure changes the course of other’s lives (e.g., encouraging Simone to overcome her “big but”) while remaining steadfast in his gray glen plaid.

Just as Reubens’ admiration had led to hiring Burton, the director’s love of new wave band Oingo Boingo largely led to the group’s lead singer and songwriter, Danny Elfman, securing his first gig as a serious film composer. Though Oingo Boingo was about to embark on the most successful stint of their career — 1985 would bring the hit “Weird Science” — Elfman, despite a lack of formal training, wanted to challenge himself to move beyond composing pop music. That leap didn’t come without some trepidation, though. As Elfman confessed to Yahoo! a few years ago, he thought his bonkers score would never make it into the finished film. “Who’d want to hire me after this?” Elfman recalled asking himself. “I assumed Warner Bros. would listen to it, toss it, and hire a ‘real’ composer and do it right.” Luckily for Reubens, Burton, Elfman, and millions who have been tickled and touched by his musical genius across the years, that wasn’t the case. In fact, it’s nearly impossible to think of Pee-wee’s Big Adventure — or imagine it working as a film — without Elfman’s emphatic score oompahing its way into our noggins.

As fans of Burton know, the director helps build his worlds through Elfman’s music. It’s nearly as essential to the filmmaker’s visions as his own singular visual style. Through Elfman’s score, we feel Pee-wee’s panic when discovering his bike being stolen, the silly terror of his various bike-riddled dreams, and the hot pursuit as he pedals his way to freedom across the Warner Bros. lot. But no piece is more attuned to Reubens’ character than the unforgettable “Breakfast Machine”. Like the music itself, which shifts from soft tinkling and hummable meandering to carnivalesque plinking and emphatic crashes without warning, Pee-wee Herman is a kinetic, fickle creation, whispering one moment and screaming the next, daintily walking with a giggling lightness in his step at one turn and flailing about or rolling on the ground a punchline later. To hear Elfman’s unpredictable score jump from one extreme to the next is to witness the character of Pee-wee Herman translated into music and to understand his quirky essence on a remarkably visceral level.

But Elfman’s appropriately titled “Breakfast Machine” does far more than just mimic the persona of Pee-wee Herman. It perfectly scores the scene in which Burton both introduces and tries to, for the lack of a better word, explain Pee-wee to us. As we watch Pee-wee partake in his morning routine — sliding down a fire pool to get dressed, comically brushing his teeth, playing games in the bathroom mirror with a roll of tape, and, of course, making breakfast — Elfman’s bizarro score assures us that what we’re seeing is just as strange as we think. Of course, a character as oddly complex as Pee-wee would make breakfast using a Rube Goldberg machine, and few moments in ’80s cinema are as inextricably linked to a piece of music as that pterodactyl dropping those remarkably fake-looking pieces of sliced bread into the toaster, the T. rex squeezing orange juice from what looks like a Nerf ball, or Abraham Lincoln flipping pancakes with one hand while feeding the dog kibble using his classic stovepipe hat — all while Elfman’s music clashes above the fray. All of this mayhem just to nibble at a few pieces of Mr. T cereal tells us so much about the character, and Elfman’s score, once again, offers us both entry and insight into this world.

It’s difficult to settle on the most significant outcome of this three-person (four, if you count Pee-wee) collaboration between Reubens, Burton, and Elfman. Not only would Pee-wee’s Big Adventure become an unlikely box-office smash but also a cult classic that still warms hearts today. It also helped launch the ’80s phenomenon known as Pee-wee Mania, which led to a sequel, an award-winning children’s television show (Pee-wee’s Playhouse), and the character’s goofy likeness appearing on everything from lunchboxes to pull-string dolls. Burton, of course, would find his own following and create some of the most unique films of the past 35 years, many of which feature Elfman, who quickly became an in-demand composer following the success of Big Adventure. Rarely has one film’s success so greatly steered the course of pop culture for decades to come. Maybe it’s best just to leave it by paraphrasing a classic Pee-wee-ism.

We love that story.