Leikeli47 hasn’t released a new album in nearly two years, but she doesn’t want her competition to think she’s been sleeping on the job. Enter “Zoom”, a fresh single from the Virginia-born rapper and our first preview of her upcoming third LP.

On the booming and braggadocious offering, Leikeli47 reminds her peers she’s not to be trifled with. “Fist in my pocket, just in case a n*gga talking crazy/ Gotta sock ’em/ I don’t have no ammo, but my gunna got the rocket,” she says, fully confident and ready to step up to anyone.

Leikeli47 also works in references to multiple ’90s boybands as well as her roots in the DMV area and New York City. “I ain’t the type of bitch to do a lot of barking/ And only thing I need validated is my parking/ I’m from the back street boy, where it’s very rare to link/ And if you using the wrong note/ We’ll put yo ass n sync,” raps the MC, adding, “DMV we squad in/ Then I’d head up north to do my prospect parking.”

10 Female Rappers You Should Definitely Know About

Equally entertaining is the music video for “Zoom”, which is designed to look like a side-scroller NES video game. In it, Leikeli47 — covered up in her signature bandana — is joined by a mysterious partner named Moriah as they rid the streets of villains. Watch below.

According to a press statement, “Zoom” is taken from a soon-to-be-announced album titled Shape Up. Her last full-length was Acrylic from 2018. 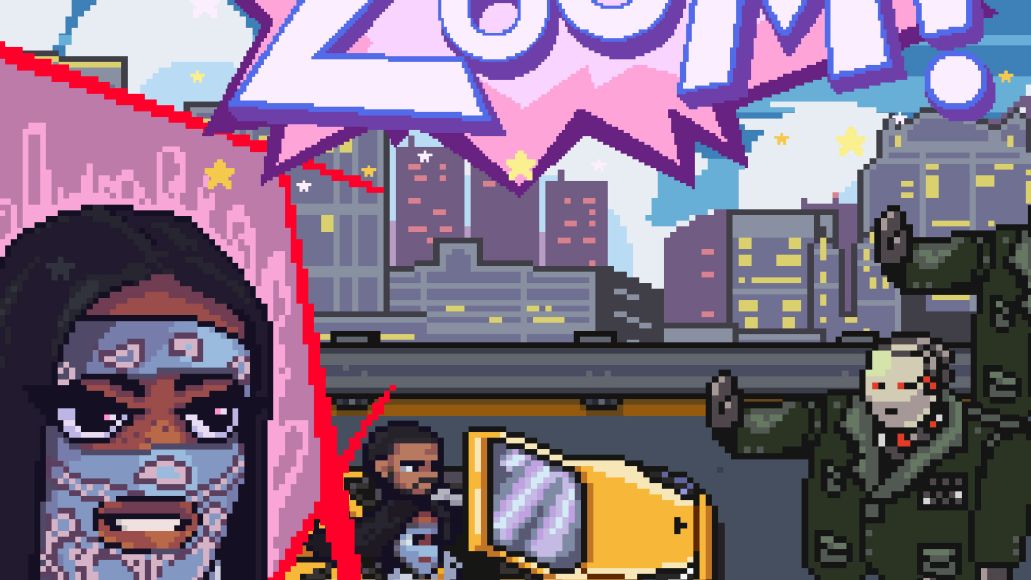 Leikeli47 Speeds Past Her Competition on New Single "Zoom": Stream