As the pandemic continues to affect the music industry, one way musicians have been able to connect is by performing together virtually. Two Minutes to Late Night’s “Bedroom Covers” series epitomizes this format, bringing all-star musicians together to take on beloved songs.

Fittingly, Leo takes on Paul Westerberg’s snarling vocals. Before dabbling in guitar pop, Leo cut his teeth in the New York hardcore punk scene fronting the bands Hell No and Animal Crackers. The ever-sardonic Leo does his recorded part wearing a clerical collar, perhaps in reverence to alt-rock icons The Replacements.

Visually, it’s certainly a contrast to Blair and Newton, who otherwise look very metal while laying down their recorded parts on the track. It’s a catchy ripper, and like the other “Bedroom Covers”, of a particularly high quality compared to similar socially distant performances. The rest of the quarantine lineup is filled out by members of Gauge Away, Answering Machine, and Long Neck, plus “Bedroom Covers” mainstay Gwarsenio Hall (aka Jordan Olds).

Another recent “Bedroom Covers” performance included Max Weinberg jamming on a Misfits tune with members of My Chemical Romance, Hatebreed and The Dillinger Escape Plan, while one prior to that boasted members of Coheed and Cambria, Tool, Mastodon, and Primus rocking a Rush classic.

Watch the Two Minutes to Late Night cover of “Kids Don’t Follow” below.

Meanwhile, The Replacements recently announced a deluxe edition of their fifth album, Pleased to Meet Me. 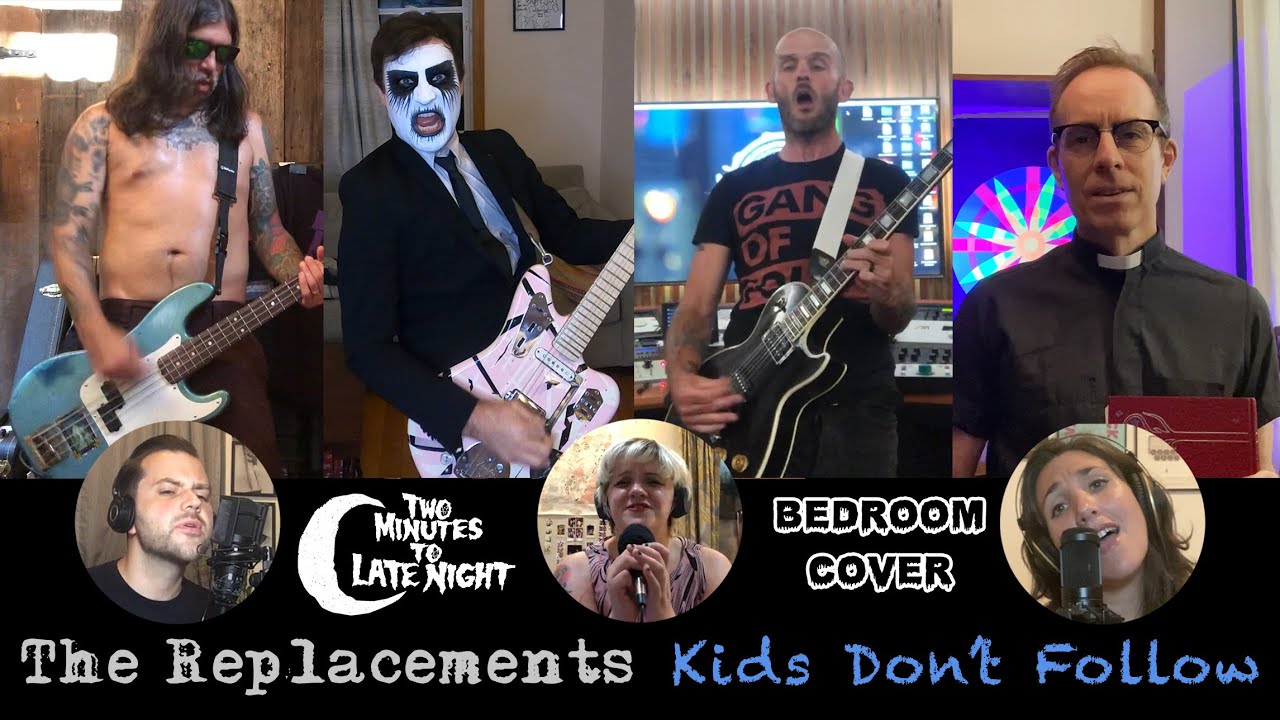 Ted Leo Joins Members of Rise Against, Converge, and More on Cover of The Replacements' "Kids Don't Follow": Watch