In the 21st century, the horror genre is as deeply indebted to the works of H.P. Lovecraft as generations before were to Poe and Shelly. He’s hiding in the background of every strange tale in modern pop culture. Even when his influence isn’t obvious, dig into any work and you’ll find it; a mycelial network of literary tendrils, all leading back to the weird tales of a peculiar writer from the 1920s and ’30s. His name has become emblematic of a certain kind of terror: “Lovecraftian” — meaning an unknowable, cosmic horror where all experiences and understandings that humankind hold dear melt away into a gulf of incomprehensible sensations and existential panic.

But don’t take my word for it, even Stephen King, our very own Master of Horror, admits his Lovecraftian lineage: “Lovecraft. . . opened the way for me, as he had done for others before me…. it is his shadow, so long and gaunt, and his eyes, so dark and puritanical, which overlie almost all of the important horror fiction that has come since.” John Carpenter’s films are likewise laced with Lovecraftian DNA; from the body horror of The Thing to the greatest homage to both Lovecraft and King ever committed to screen: In the Mouth of Madness. They’re but two names in a throng of high-profile devotees. From Stranger Things to the works of Guillermo del Toro, to Riverdale and Scooby-Doo, all modern chilling tales bear the mark of his sinister science-fantasy.

Lovecraft’s influence and notoriety have only grown with time thanks to his uncanny ability to lay bare the insecurities of our species. What was this power that gave him such incredible clarity into fear itself? It’s no secret: he was consumed with racism, classism, anti-Semitism, misogyny, homophobia, xenophobia, and prejudice of every sort. Even during a time where the Ku Klux Klan’s membership swelled to hitherto unseen numbers, Lovecraft’s racism was startling to other racists. Fortunately, he was too sickly, too generally misanthropic to turn his beliefs into violent action. All the same, he did pick up his pen, and there his prejudices came to life. His fear of “the other” was so potent that all cultures, expressions, and persons outside of affluent male Christian whiteness mutated into a crawling chaos of creatures and gibbering, reality-shattering nightmares. 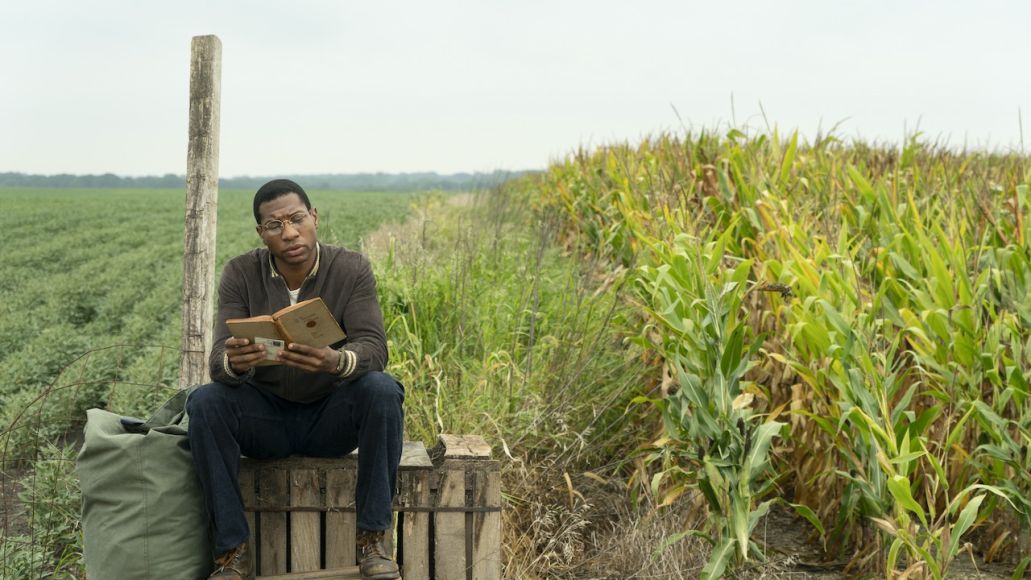 Why then is this miserable bastard still a lauded literary icon? In Lovecraft Country, both the novel by Matt Ruff and the television adaptation from showrunner Misha Green, this point is addressed early on. In it, Atticus Freeman, a black man and pulp novel enthusiast, is asked to defend his love of Edgar Rice Burroughs’ A Princess of Mars. The lead character, John Carter, is a Confederate officer.

He says, “Stories are like people. Loving them doesn’t make them perfect. You just try and cherish them, overlook their flaws.”

The subject might be Burroughs, but in a story centered on African American characters and a television show led by African American creatives, the implication clearly addresses Lovecraft and the dodgy practice of separating art from the artist.

“But the flaws are still there.” 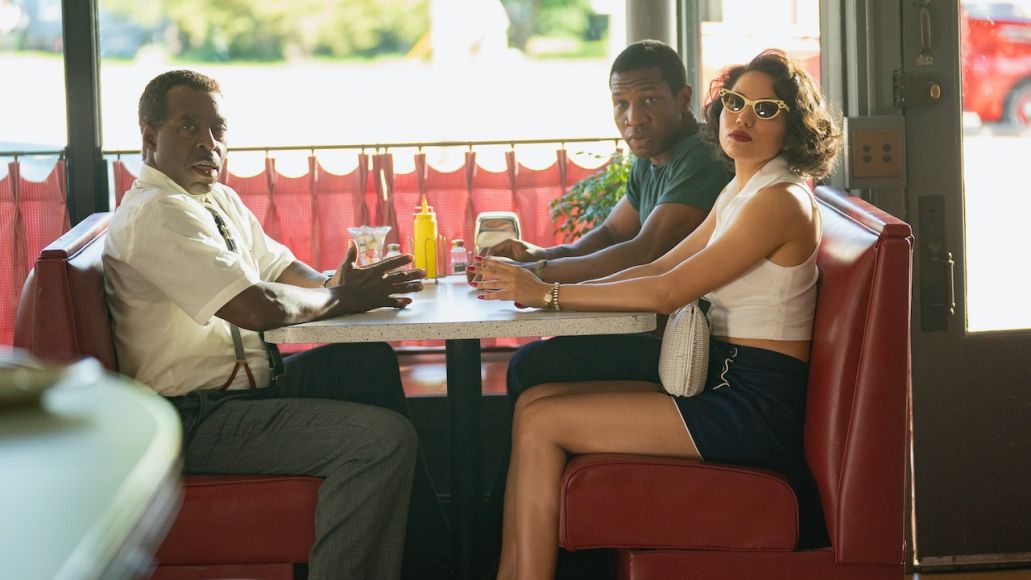 It’s not quite the outright condemnation that he’s deserving of, but the name drop of a certain notorious Lovecraft poem soon after seals the deal: “On the Creation of N——s”. The poem was unpublished in Lovecraft’s lifetime, predating his career, but serves as a clear distillation of the toxicity at his core. His flaws can’t and shouldn’t be overlooked. And yet, showcasing his racism and prejudices doesn’t diminish the shocking achievements of his work. Some of his stories wear his grotesque prejudices plainly, but many more channel his phobias into universal expressions of human panic in the face of the unknown. There’s a reason that people continue to read him, and that now, more than ever, his work is inspiring a new generation of stories from minority voices.

It starts with flipping the script.

Lovecraft’s mythos and genre offer a rich storytelling language that begs to be evolved. The proliferation of its influence throughout pop culture is a testament to that. Over the past century it’s been expanded, but it’s only recently that Lovecraftian literature has had a growth spurt into new and necessary territory. The past and present are rife with shades of Lovecraft’s demons and at long last the stars are right to literally and figuratively confront them. 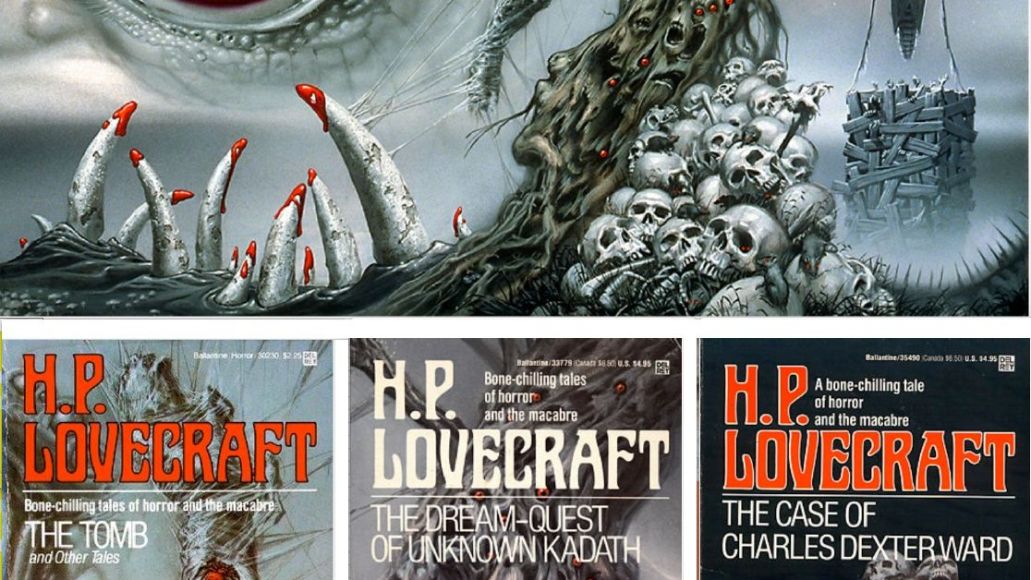 Many of his stories highlight humankind’s insignificance, that at any moment, repugnant but powerful beings could sweep in from the edges of reality and destroy everything you know. Sounds a lot like an average day living as a minority. Those who’ve been otherized by the white supremacist capitalist patriarchy know Lovecraft’s dread far better than he ever did. Lovecraft Country aptly highlights this point. The premise of stepping into a town with a sinister secret is all the more visceral when it’s tied into the grotesque institutionalized racism of the Jim Crow South, nevermind the horrifying tension of fleeing a sundown county as the sun sets. The actual creatures terrorizing the television series aren’t remotely as horrifying as the true-to-history human monsters.

There’s a real satisfaction that comes from confronting the bigotry that fueled Lovecraft within the framework of his own genre. Two of the most compelling examples are the award-winning works, Victor LaValle’s The Ballad of Black Tom and Chris Spivey’s Harlem Unbound. The Ballad of Black Tom is a side-step reexamination of Lovecraft’s most notorious and blatantly racist story, The Horror at Red Hook. The 2016 book depicts the struggles of a black man in 1920s New York City, navigating a landscape constructed from the racist vitriol that Lovecraft’s story projected on people of color and immigrants, alongside unearthly horrors.

Similarly, Harlem Unbound invites audiences to live that experience. It’s an expansion of The Call of Cthulhu, Chaosium’s wildly popular tabletop roleplaying game based on Lovecraftian lore. The game inspires collaborative storytelling as players investigate horrors and mysteries in the 1920s. It’s well known for its “sanity” mechanic, where with each horrible truth you uncover, players risk descending deeper into madness. Spivey’s critically lauded expansion of the game is a landmark for both the tabletop roleplaying world and for Lovecraftian literature. It focuses on the Harlem Renaissance and assumes that all players, regardless of their real world ethnicity, will be stepping into the shoes of a black, indiginous, person of color in that time period. The book is an engrossing historical tome as well as a literal guidebook for meaningfully exploring racism in Lovecraftian fiction. 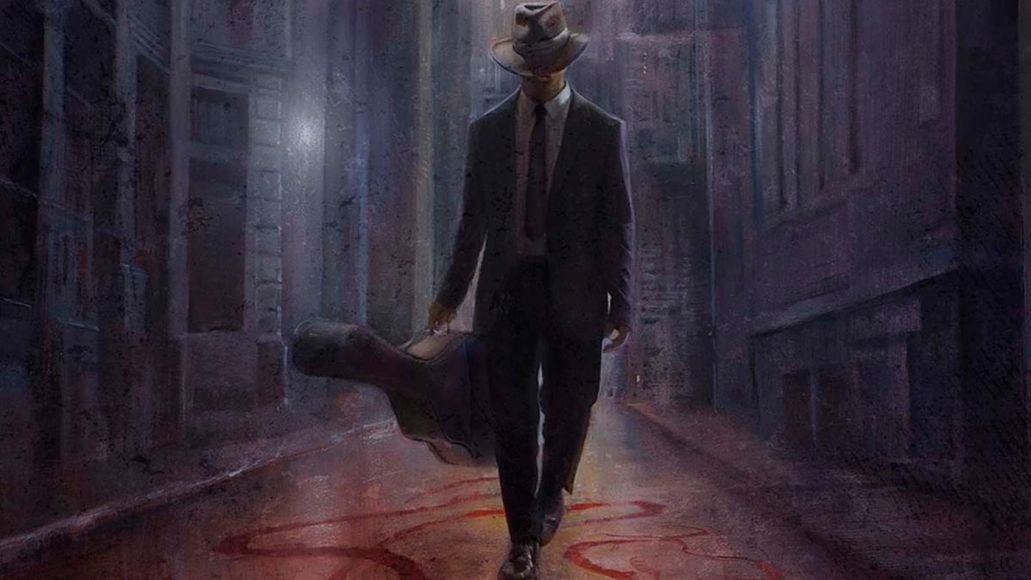 The Ballad of Black Tom

Shifting these horror narratives to unpack prejudice instead of wallowing in bigoted fear isn’t the only permutation of the genre. Those of us who’ve been otherized know there can be beauty in things that some would call “horrifying”. The “unknown” isn’t wrong. Humanity is an arrogant creature in its understanding of reality. Lovecraft himself was a great example of that. Amidst his daze of dreams and nightmares, it’s the clarity of Lovecraft’s nihilism that’s made his work so defining. But as we approach 100 years of cosmic horror, we shouldn’t confine our narratives to the self-loathing idiosyncrasies of an aging genre. Sure, some creatures from beyond are simply out for cold, unfeeling consumption, but some may bring with them unearthly consciousness expansion. The real horror is allowing repressive human cultures to keep you from becoming something more.

There’s a longstanding and thoroughly unsolvable supposition that Lovecraft himself may have been gay and his closeted sexuality played a major part in his work. It’s a provocative notion. Repression breeds true monsters. When you put the “love” in Lovecraft, exciting evolutions of the genre manifest. Just look at Guillermo del Toro’s The Shape of Water. Sally Hawkins’s Elisa doesn’t hesitate to act on her love for the strangely beautiful, cat-eating fish person and experiences her own glorious transformation as a result. This is a fundamentally queer story, rooted in love, and yet it’s still part of the tapestry of Lovecraftian horror. 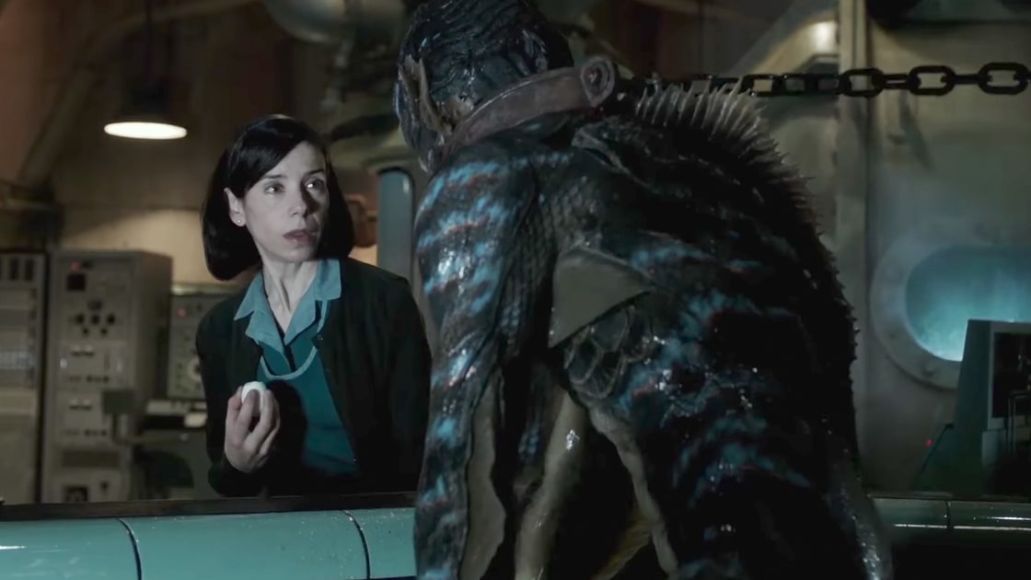 The Shape of Water (Fox Searchlight)

It isn’t alone. Caitlín R. Kiernan’s novel, The Drowning Girl, weaves a tale of mental health and suicide cults with queer romance and the mysteries of the deep; and my own series, the audio drama The Call of Cthulhu Mystery Program explores historical fiction through the adventures of an occultist lesbian couple who fight the back the dark with sacred sensuality. Sanity may fracture when characters dare to step close to the edge, but toxic energies don’t have to be the basis for reality-rending tales. We can grow. We can become something new.

Lovecraft was a master of exploring what philosopher Edmund Burke described as “the sublime and beautiful” — aesthetics that stagger the human mind with fear or bliss. It isn’t unusual for Lovecraft’s works to offer some gleaming poetry about the natural world, architecture, or occasionally cats (albeit some with confoundingly racist names). Fear is a compelling thing to explore, but our world is swollen with myopia and hatred. It’s time to let that world burst so the healing can begin. That’s a prevailing force throughout Arkham Country; trauma can always find you — all the more reason to love, and cry, and thrive in spite of it.

We’ll never have any shortage of the sublime. H.P. Lovecraft has shown us, deftly, how to summon it. Instead, Lovecraftian authors are discovering new ways to tap into the beauty that he flirted with, but seldom gave into; transforming his hate into more meaningful stories than he ever could conjure. From the rot and putrescence of his prejudiced heart, glorious things are blossoming — awe-striking in their resplendent multifariousness.