The Sword are closing out their socially distant performance series with a heavy take on Rush’s “Working Man”.

As expected, The Sword doom-up the early Rush song, which was the closing track on the Rock & Roll Hall of Fame band’s 1974 self-titled debut. The album is noteworthy for being the only Rush LP to feature drummer John Rutsey, who retired after its completion and was replaced by the late legend Neil Peart.

“In the early 2000s we were given a CD by one of [guitarist] Kyle [Shutt]’s record store buddies with ‘SLUSH’ scrawled across it and little did we know what a wild ride awaited us,” The Sword’s Bryan Richie said in a press release. “This dude had taken his favorite Rush songs and dropped the pitch control on his record player as low as it would go — taking these classic Rush tracks and turning them into a C standard sludge fest with the most air-drumable drums!! Does it doom? Heck yes it does. Enjoy our cover of the classic Rush track ‘Working Man’ with a Slush’y spin.”

The Sword launched the “Conquest of Quarantine” sessions following their recent career-spanning compilations, Conquest of Kingdoms and Chronology 2006-2018, after their 2020 tour with Primus was postponed. Coincidentally, Primus is covering Rush’s A Farewell to Kings in its entirety for the tour, which has been rescheduled to 2021.

Both compilations collect archival live recordings, B-sides, and rarities. Like the livestream series, the covers selection on Conquest of Kingdoms saw The Sword honoring many of the heavy psych and proto-metal bands that came before such as Pentagram, KISS, Led Zeppelin, and more.

Check out The Sword’s version of Rush’s “Working Man” below, and pick up the band’s recent compilations here. 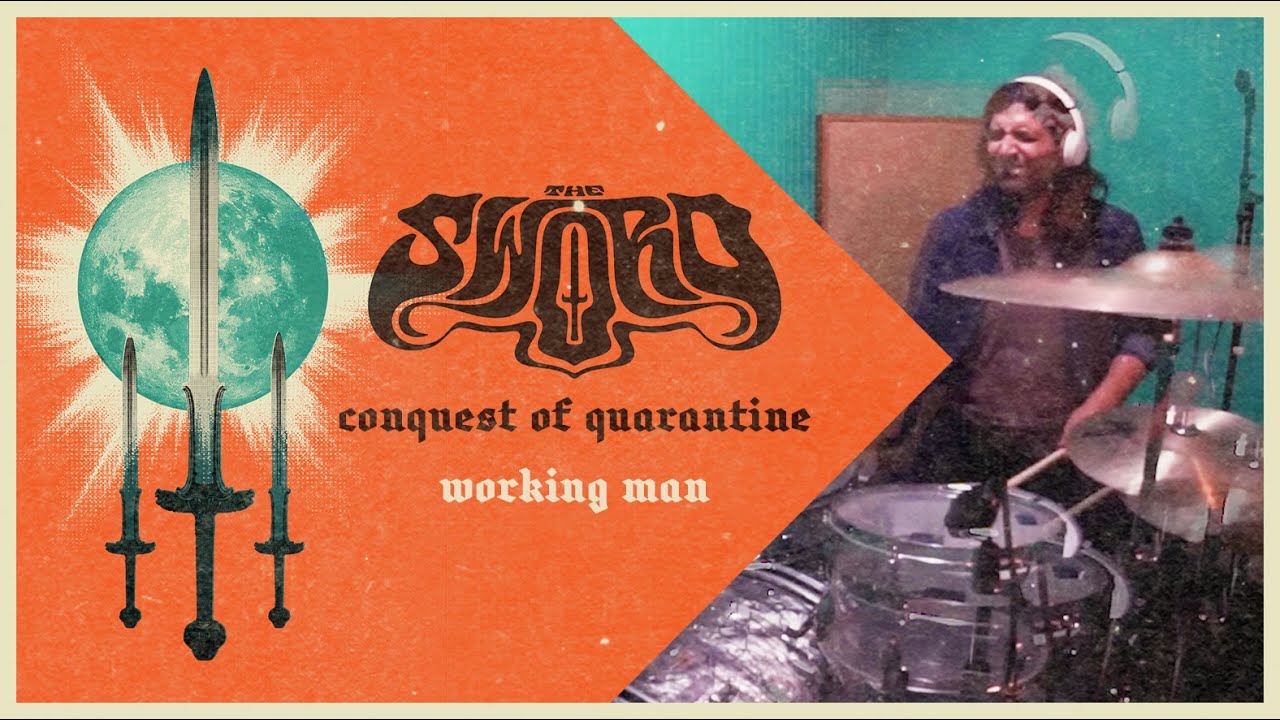