This past June, Third Man Records unearthed old footage of The White Stripes’ first-ever TV performance filmed back in 2000. The Jack White-founded label is now offering fans the chance to physically own a piece of Third Man history via an online auction.

Set to run from August 26th through the 30th, the “Garage Sale” will feature “one-of-a-kind” collector’s items from the label’s archives. This includes: drum kits from The White Stripes’ iconic music video for “Hardest Button to Button” directed by Michel Gondry; stage monitor covers and pedalboards used on tour by The White Stripes; and guitars pulled from Jack White’s own expansive personal collection. The auction also promises personal clothing items from video shoots, studio gear, and furniture used by the Third Man crew over the years.

The idea for an auction came after the famed label “took the opportunity presented by the necessity of social distancing to comb through the storage vaults and hidden closets at their headquarters,” according to a statement.

10 Years Without the White Stripes

Third Man’s “Garage Sale” auction officially kicks off August 26th at 10 a.m. ET via Online Nashville Auctions. A portion of the proceeds will benefit the John Peel Centre, Gideon’s Army, and the Detroit Phoenix Center. For more information, including how to register an account to bid, head here.

Below, check out a photo of some of the gear that’s up for grabs, and then revisit the “Hardest Button to Button” video.

In related news, White’s The Raconteurs recently released a new live EP and documentary. White was also just confirmed to perform as part of Outside Lands’ virtual festival, Inside Lands. 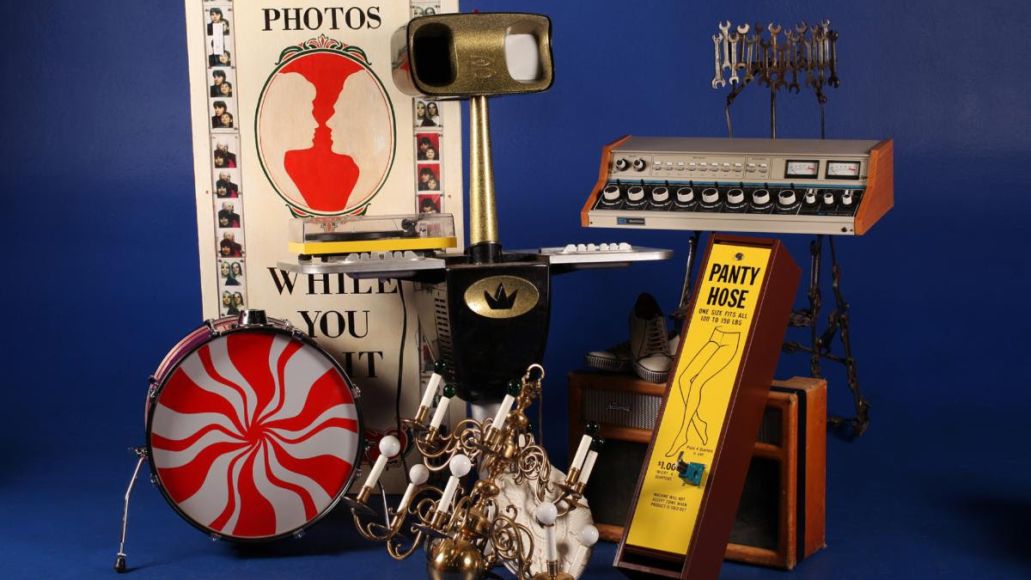