A week after she performed at the Democrat National Convention, Billie Eilish crossed another gig off her bucket list. Today, she delivered her first-ever Tiny Desk concert, performing an intimate “Home” version of the NPR series alongside her brother/collaborator FINNEAS.

The whole idea of the “Home” iteration is that artists film themselves playing from their houses or personal studios and submit the footage to NPR. However, at first glance, it appeared as if the 2019 Artist of the Year was singing from NPR’s iconic Tiny Desk office space, complete with shelves of LPs and random knick knacks. What gives? Does Eilish live at NPR? Alas, Eilish later revealed that the backdrop was just a very convincing cardboard cutout.

“But it’s still real, it’s just not in-person real,” the 18-year-old said with a smirk.

Everything else about the performance was incredibly genuine, though. The set began with Eilish’s latest single, “my future”, which she sang softly and emotionally from behind the piano as FINNEAS cooed along gently in the background. For last year’s one-off “everything i wanted”, they switched roles and FINNEAS hopped behind the keys as they delivered a sparse and touching duet. Watch it below.

In between the tracks, Eilish took the opportunity to casually muse about the shitty reality that prevented this from being a normal Tiny Desk performance. “Quarantine’s been weird,” she remarked. “I know you all feel the same, we don’t know how long it’s going to go. There’s barely anything that feels like there’s any hope in, but I think the future is something to be super hopeful in.”

“We’ll be OK one day, maybe not right now,” she added. 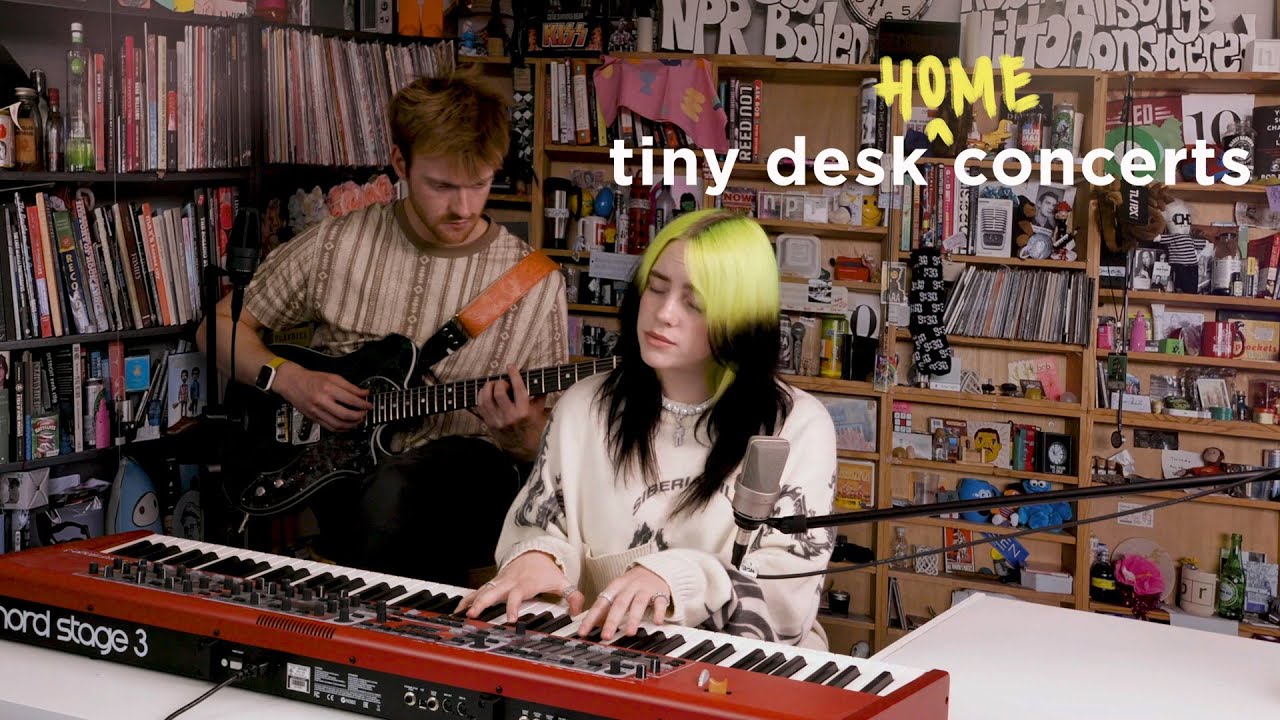