Happy birthday, Joe Strummer! The Clash frontman would have turned 68 today, August 21st, and some of the biggest names in entertainment came together to celebrate with a gargantuan livestream tribute. It included Bruce Springsteen, Bob Weir, Lucinda Williams, Jeff Tweedy, Josh Homme, and more, all while raising money for struggling live music venues.

While the list of contributors is as starry as they come, “A Song for Joe: Celebrating the Life of Joe Strummer” placed the late icon front and center. It opened with Strummer’s voice offering a definition for himself: “Punk rock warlord, with warlord being one word.” Over a montage of dramatic photographs, the great songwriter explained how the music itself is separate from the intention. He said,

“A Song for Joe” unearthed previously lost footage of Strummer, including one of his last London shows before his death. On November 24th, 2001, he and his band the Mescalaros covered The Equals’ “Police on My Back” at the sold-out Brixton Academy. It’s a thrill to watch the legend, matured but still in his prime, enthusiastically stick it to the man.

10 Songs By The Clash That Made Films Better

Still others offered interesting background or shared memories. Bob Weir reminisced over an epic night of festivities the two had together, while Springsteen described Strummer as “the brother that I never had.” Jim Jarmusch, Steve Buscemi, Matt Dillon, Shepard Fairey, and punk congressman Beto O’Rourke also made appearances.

The stream was organized and produced by Jesse Malin alongside Strummer’s estate manager, David Zonsine, and radio DJ Jeff Raspe. All funds raised benefit Save Our Stages, supporting independent music venues that have taken a beating during the pandemic. Check out “A Song for Joe: Celebrating the Life of Joe Strummer” below. 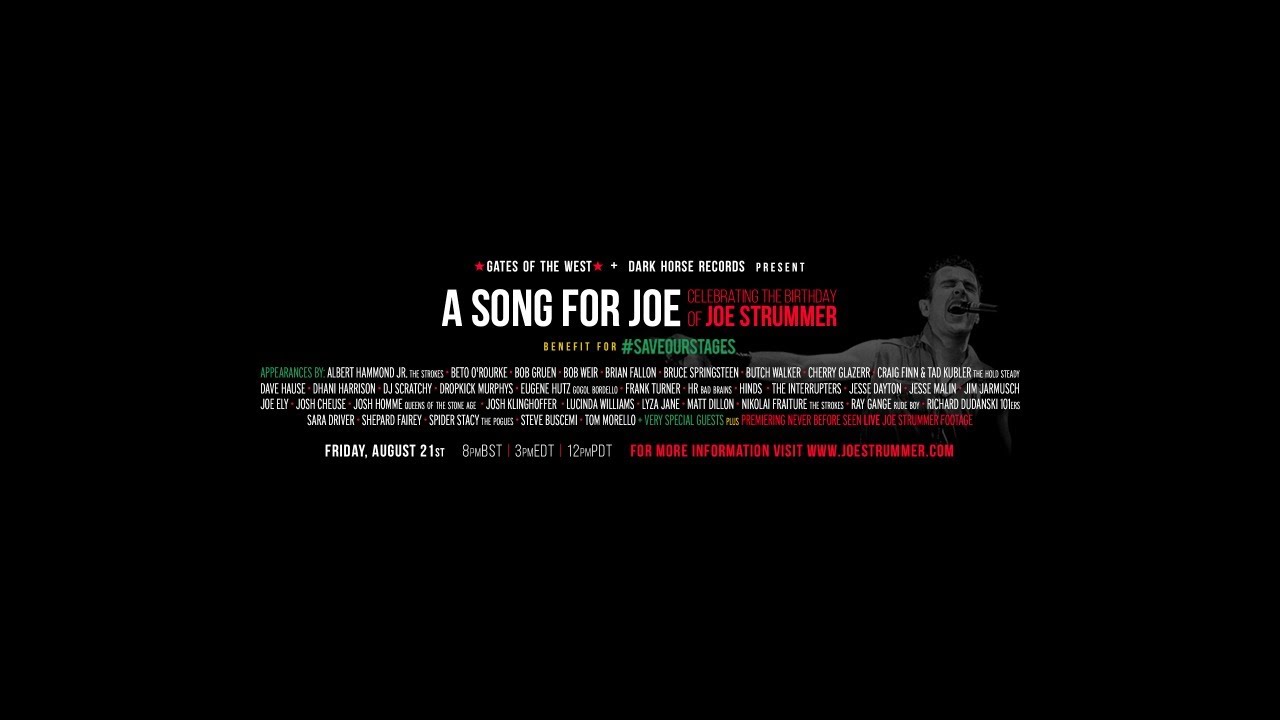