Some artists have one or two projects that follow them around for life, but then you have artists like John Cleese. To boil the British comic and historian down to just one particular thing is next to impossible — and much easier said than done. Everybody seems to have their own thing they associate with the UK icon. Whether it’s his comedic turns (Monty Python, Fawlty Towers, A Fish Called Wanda), his work in genre fare (Time Bandits, Erik the Viking, 007), or his more recent children’s output (Nearly Headless Nick in Harry Potter or the King in Shrek 2), Cleese has been a fixture of pop culture for decades — and counting.

With his slightly sinister, warm smile and his twisted comedic sensibilities, Cleese is like your grandfather who always says naughty things at the dinner table. Stuff that you just can’t help but laugh at, but stuff that will also get you into trouble for laughing at later. And while he’s no stranger to saying things that most wouldn’t dare to say (whether he’s asking Taylor Swift if her cat is a “proper cat or damaged” or he’s calling out what he feels like the problem with modern-day comedy is), it’s all a part of the undeniable John Cleese charm. Hell, you’d probably be let down if he acted any other way at this point.

At 80 years old, Cleese shows no signs of stopping. In fact, he’s just published a new book, Creativity, which explores the concepts of being creative. On the surface, it seems like there’s not much to it, but what Cleese manages to do is dig deep to find what one can associate creativity with, particularly how your unconscious never stops trying to solve a problem, even when you’ve stopped thinking about it. And being creative isn’t limited to merely “creative types.” As he points out, anyone can find ways to be creative in their respective field — whether you’re a writer or a scientist or a doctor or even in the military.

In celebration of the new book, Consequence of Sound recently spoke with Cleese as part of our 10 Years and 10 Questions series. Together, we discussed his new book, its inspirational ideas, how Monty Python went out of its way to avoid comedy clichés, how he knew it was time to end Monty Python, finding the rhythm within Fawlty Towers, how he feels about A Fish Called Wanda, hanging out with the Muppets, playing Robin Hood, and what he enjoyed about being in the James Bond films. 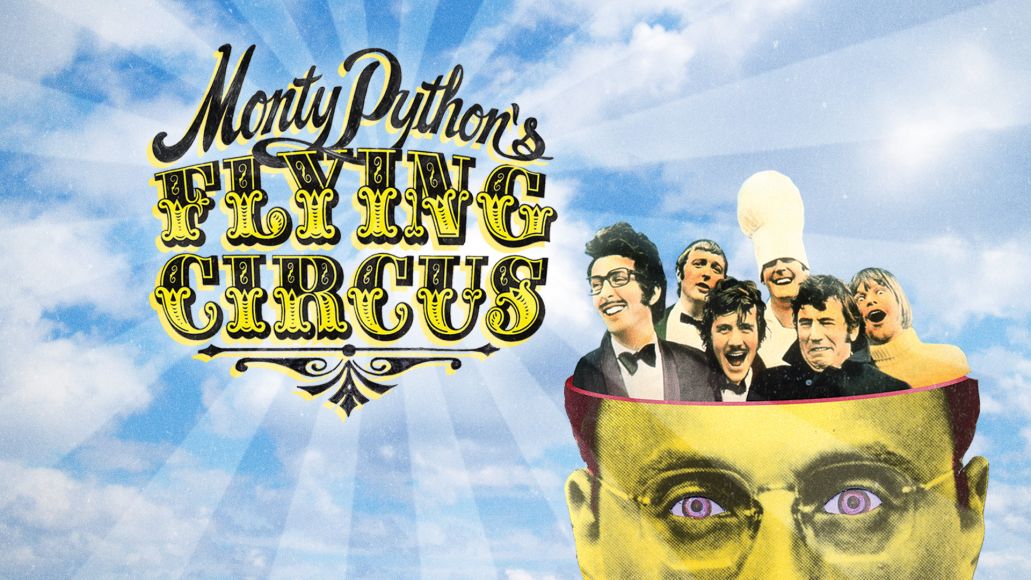 Do you think Monty Python’s Flying Circus worked so well because everyone involved had previous experience writing sketches for TV?

Yes. I think it had been a great help that in 1966, [David] Frost, who was very smart in this area, gathered together a group of the best and most interesting writers [for The Frost Report]. A large percent of them were quite young. So, Frost got a good group of people together, and it very much helped that we new each other. And then when the Pythons came together, five of us had already worked together on The Frost Report. We sat at the writer’s table.

And then once Python came together, you all had that built-in connection and already knew how each other worked.

We knew how each other worked, and we also shared agreement about the clichés of comedy presentations that we wanted to avoid. We didn’t know how we were going to avoid them, but we didn’t want to have punchlines to sketches followed by three pieces of a small band going “DA-DA-DA-DA-DA-DEE,” which is almost what had happened for the previous three or four years.

1975 – FAWLTY TOWERS AND MONTY PYTHON AND THE HOLY GRAIL 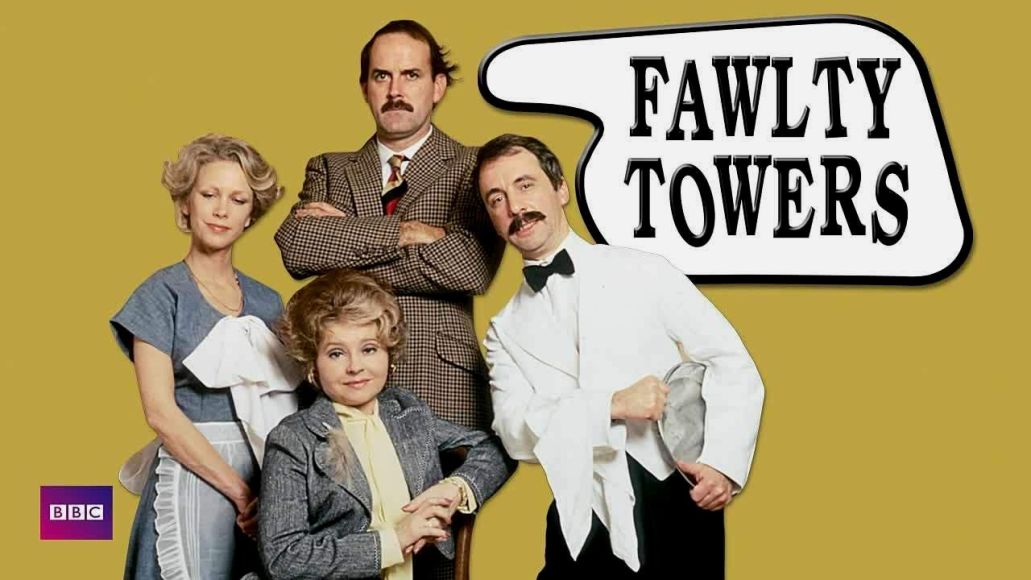 How important was it for you to get the rhythm and the musicality just right for Fawlty Towers? Because when you watch it, there’s a musical element to how everything flows. Was that something you have to set out to find, or does it come up organically in the writing process?

I don’t think I was ever conscious of looking for a rhythm. It’s just instinctively what I felt was right. I had never taken any writing courses. I never read any books about comedy. It was all based on my simple experience of doing things and then performing in front of audiences and finding out what worked. And with Fawlty Towers, I was really just exploring a fundamental idea, which is that in farce, you try to lay down the key ideas at the very beginning, in a way that does not draw attention to them too much so that people don’t start anticipating the plot. And then you just allow the clockwork to run and the logic of those various elements to run together until you come to a final conclusion. And Connie [Booth, his co-creator and then-wife] and I soon found that it seemed to work best if we had part of one story, but one or even two subplots that headed towards the [finale] that resolved them all.

So, it was all just instinctual.

Yes. A lot of it was just instinct. This feels good. This does not feel good. And that’s where the unconscious can often guide you in a very wise way. It feels good. It doesn’t feel good. That doesn’t convince me. I don’t think this character would do that at this point. 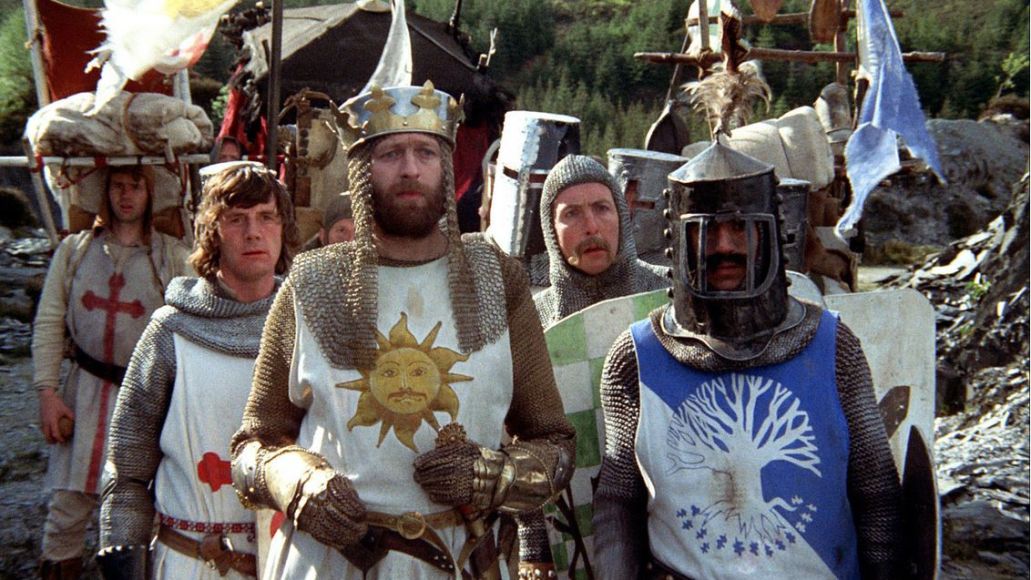 Monty Python and the Holy Grail

Now jumping to Holy Grail. You’ve said that you consider the best and most important Monty Python film to be Life of Brian, and yet here in America, people tend to cite Holy Grail as being the best Python film. Do you have a theory about why Americans tend to lean in that direction?

I think I’ve got an idea. I think the point about Holy Grail was that it was completely silly. I think if you had to say, “Is there some message in Holy Grail?” … I think you would have to say no. (Laughs).

It doesn’t make any particular point, but it is very, very silly. And I think that people who had never seen that kind of comedy before found that it ignited some tiny part of themselves that had never been stimulated before. And it was a part of themselves that they liked although they had only just discovered it. And it was a part that afterwards they never quite lost. It was about a particular kind of sense of humor that people didn’t know that they had which started them off.

Read ahead for stories on Life of Brian, Time Bandits, and The Muppets…

Stewart Copeland on Passing the Torch to U2, Reuniting The Police, and Spying on His Dad

Public Enemy's Chuck D on Spike Lee, the Essence of Hip-Hop, and Fighting the Power in 2020

10 Years and 10 Questions with William Sadler: On Bill and Ted, Tales from the Crypt, and Never Fearing the Reaper

10 Years and 10 Questions with Kyle MacLachlan: On Dune, The Doors, David Lynch, and Battling Tesla

John Cleese on Creativity, His Favorite Scripts, and Why Life of Brian Is the Best Monty Python Film