The Lowdown: As the founding singer of Ohio alt rock troupe The National, Matt Berninger has already proven himself to be a captivating vocalist and — alongside wife Carin Besser — an insightful lyricist. For instance, we praised last year’s I Am Easy to Find for its “conversational” approach regarding “the intricacies of modern romance.” Thus, his monotone yet elegantly arid voice and observational storybook songwriting rarely fail to charm and connect with us, especially when they’re placed on top of such vibrantly picturesque and subtly exploratory arrangements.

For the most part, that holds true on his first solo record, Serpentine Prison. Produced by Booker T. Jones — a revered artist in his own right who’s also collaborated with Otis Redding, Willie Nelson, Sheryl Crow, Elton John, and many more notable creators — the LP is being released on their own imprint, Book’s Records. As usual, Berninger invited several accomplished guests to help flesh out the album, including Andrew Bird, Gail Ann Dorsey, Mickey Raphael, Hayden Desser, and even bandmates Scott Devendorf, Kyle Resnick, and Ben Lanz. The end result doesn’t stray too far from his recognizable National aesthetic, yet it also leans a tad more toward humble country rock melancholia. Not every track is equally enticing — and there could be more variety overall — but there’s little doubt that it captures what Berninger does best in both fresh and familiar ways.

The Good: Primarily, the sincerity with which Berninger sings. Right away — via the haunting downtrodden cascades of “My Eyes Are T-Shirts” — he evokes the stern fragility of Nick Cave and Leonard Cohen. There’s an everyman sort of poetry to his casually mumbled reflections, and the backing instrumentation (a light array of percussion, parched guitar licks, muted piano chords, and plucked strings) serves it up perfectly. In contrast, “Distant Axis” — whose acoustic guitar strums and pacing are eerily similar to that of “The Crane Wife 3” by The Decemberists — is more hopeful vocally and musically, yet no less soberingly frank. Later, “Silver Springs” adds some dreamy whimsy to that earnestness while “Oh Dearie” supports his matter-of-fact admittances with affective fingerpicking and weighty orchestration.

On that note, a few other songs spice up the sonic palette of Serpentine Prison. Be it the shuffling beats and 1960s-esque keyboard swirls of the relatively feisty “One More Second”; the Americana lusciousness of “Loved So Little”; the silky suspense of piano ballad “Take Me Out of Town” (which conjures the criminally underappreciated Greg Laswell); or the urgent strings and laments of “Collar of Your Shirt” (a nice titular callback to the opener, I might add), the record does enough with its selected timbres to give its track at least a bit of their own flavor.

The National’s Matt Berninger on the 2020 Election: “I Think Biden and Harris Are a Good Ticket”

The Bad: That said, a few tunes rely too much on the same sort of setup and personality. They’re all still good, don’t get me wrong (and I don’t want to seem like I’m contradicting myself), but you can only hear so many browbeaten odes in this style before they start to run together. Specifically, “My Eyes Are T-Shirts”, “Loved So Little”, “Take Me Out of Town”, “All for Nothing”, and even the title tune don’t do quite enough to feel as individualized as they should (despite the aforementioned idiosyncrasies). Honestly, closer “Serpentine Prison” is so run-of-the-mill by the time you reach it that even Berninger sounds bored performing it.

The Verdict: Serpentine Prison isn’t the drastic change of pace that many frontmen create when they do a project outside of their main band, but it does enough to justify itself as separate from The National’s catalog. At the same time, longtime fans of the group will undoubtedly feel at home here, too, while also admiring what Berninger does differently. It’s not all equally captivating or distinctive, but it is consistently moving, tasteful, and alluring, promising something even greater when Berninger returns for his sophomore solo sequence.

Essential Tracks: “My Eyes Are T-Shirts”, “One More Second”, and “Oh Dearie”

Pick up a copy of Matt Berninger’s Serpentine Prison here… 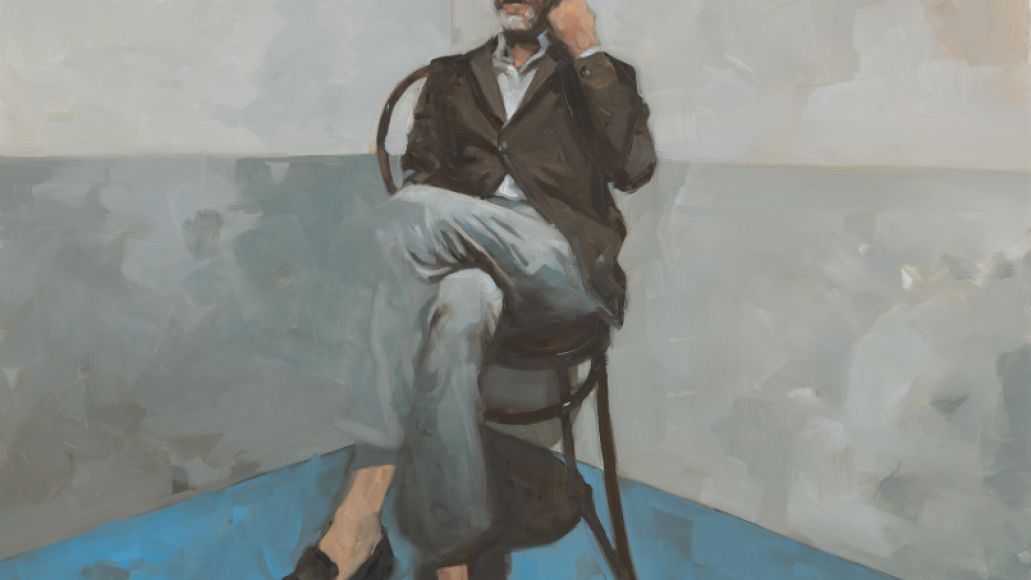