It marks the first time the albums have seen a picture-disc pressing, having been released on a variety of color variants over the years. Each LP brings frontman John Dyer Baizley’s glorious cover art to wax — the first side of each emblazoned with the album artwork and the reverse side adorned with alternative patterns from the original sleeve designs.

Each picture-disc edition is housed in a gatefold sleeve and limited to 4,500 copies. Baroness fans can attest to the collectivity of the band’s many vinyl color variants, so these might not last long, as a discounted package of all three is already sold out.

In other Baroness news, the band recently performed 2019’s Gold & Grey in its entirety for a paid livestream concert. A clip from that session has been posted on the band’s YouTube, where a steady stream of comments praise the live recording, many citing a superior mix over the actual Gold & Grey LP. It was also Baroness’ first time performing the full album front to back.

Guitarist Gina Gleason has also formed the new band Darling with Windhand’s Dorthia Cottrell and guitarist Leanne Martz. The trio shared the haunting single, “Baptists”, though no other new material has surfaced from the group.

Gleason and Baroness bassist Nick Jost have also been keeping sharp by appearing on Two Minutes to Late Night‘s “Bedroom Covers” series. Gleason took on Danzig’s “Snakes of Christ”, throwing in some epic hair tosses, and Jost jammed a Fleetwood Mac song with guitar shredder Marty Friedman and members of Mastodon and Lucifer.

Pre-order the picture discs via Baroness’ online store and Relapse Records. Watch the livestream clip (beginning at the 5:09 mark) and check out the individual picture disc artwork below. 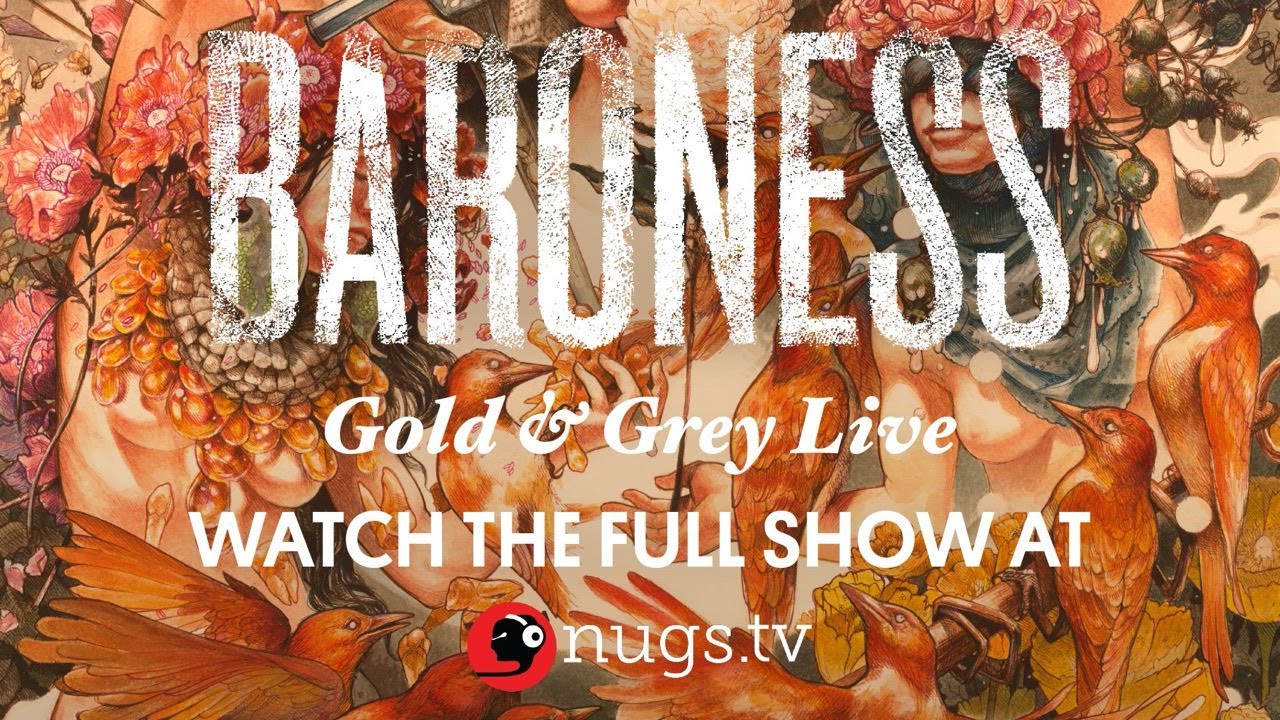 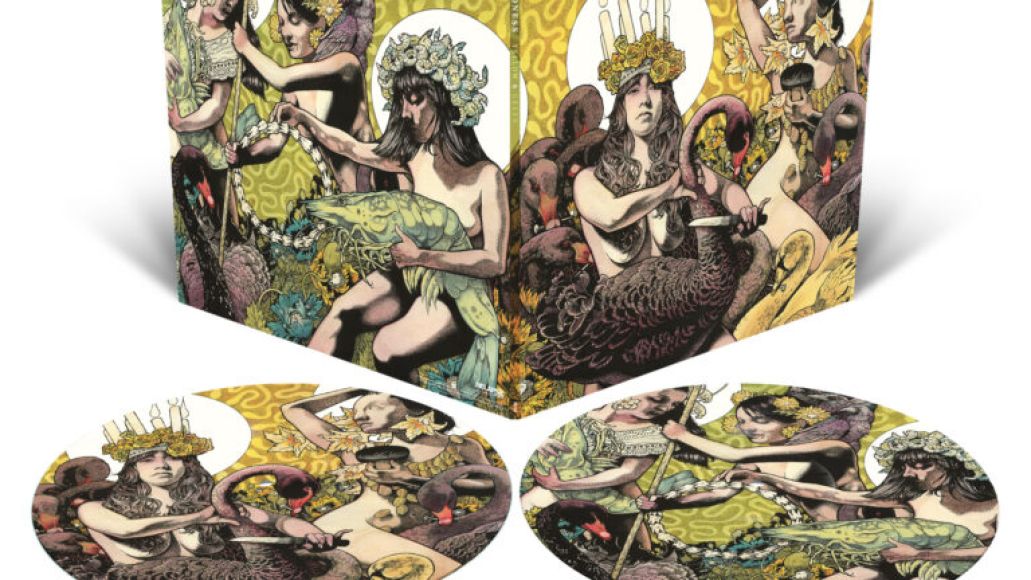 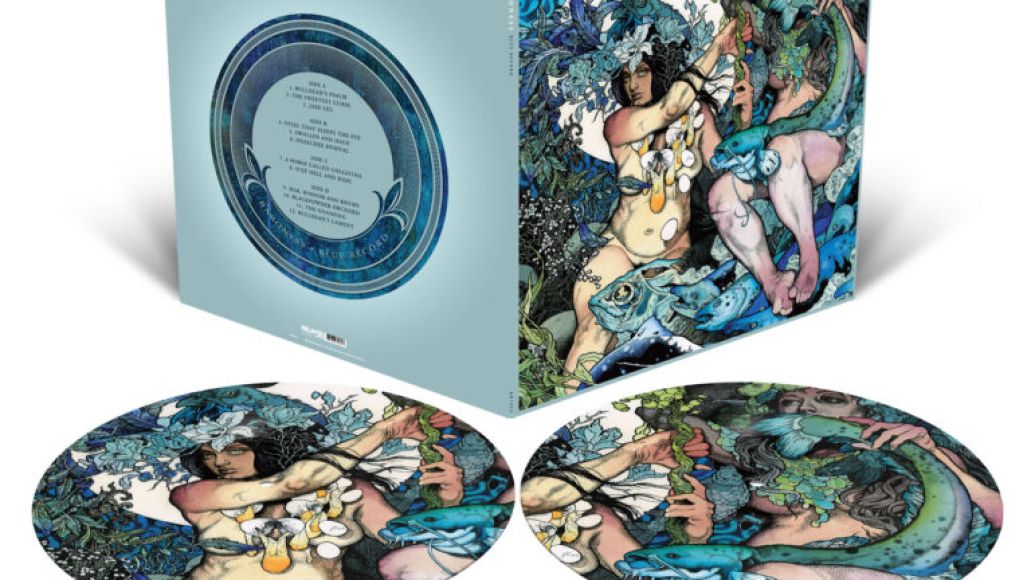 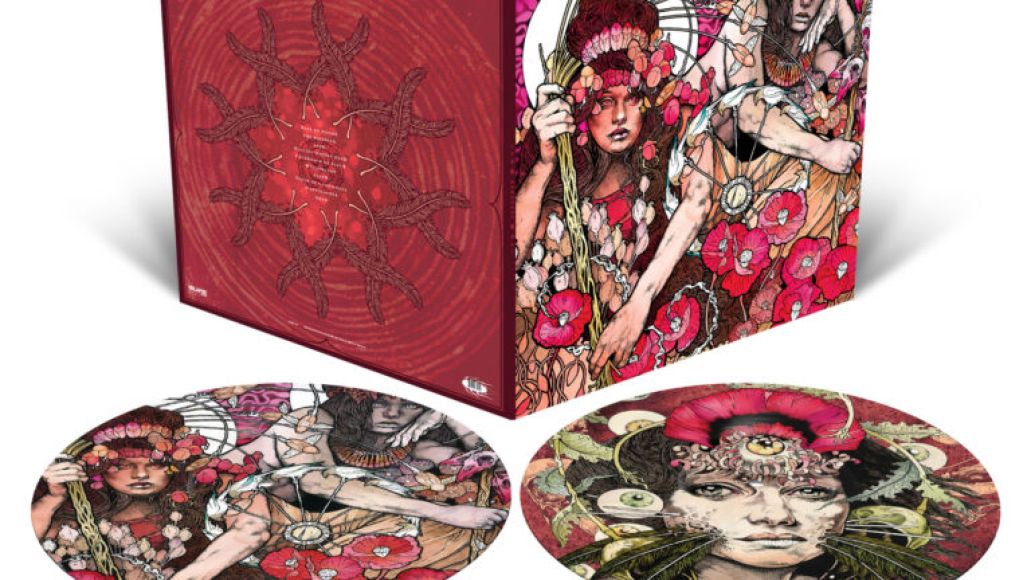