Body swapping is all too often a trope of family comedies, but the idea is legit terrifying. So, it was only a matter of time before someone capitalized on that brand of horror, and that someone is Blumhouse. On November 13th, the studio is releasing Freaky, a new thriller that finds Vince Vaughn and Kathryn Newton doing the ol’ switcheroo. Today, Blumhouse dropped the first trailer, offering a first look at how they’re handling the swap.

Written and directed by Happy Death Day mastermind Christopher Landon, Freaky follows a teenage girl (Newton) who is being stalked by her town’s infamous serial killer, The Butcher (Vaughn). Her woes get further compounded when The Butcher’s mystical ancient dagger causes the two of them to switch bodies. Now, she’s the subject of a manhunt and she only has 24 hours to get her body back before this murderous past is hers forever.

So, it’s a little ridiculous, but ridiculous goes a long way in this genre. Besides, Landon has a proven track record in turning the insane into a cinematic event. Happy Death Day and its brazen sequel are some of the best exports to come out of Blumhouse, and given the star power here, we feel pretty confident this one will have similar magic. Oh, by the way, the title of the flick is a reference to the ultimate body-swap movie Freaky Friday. 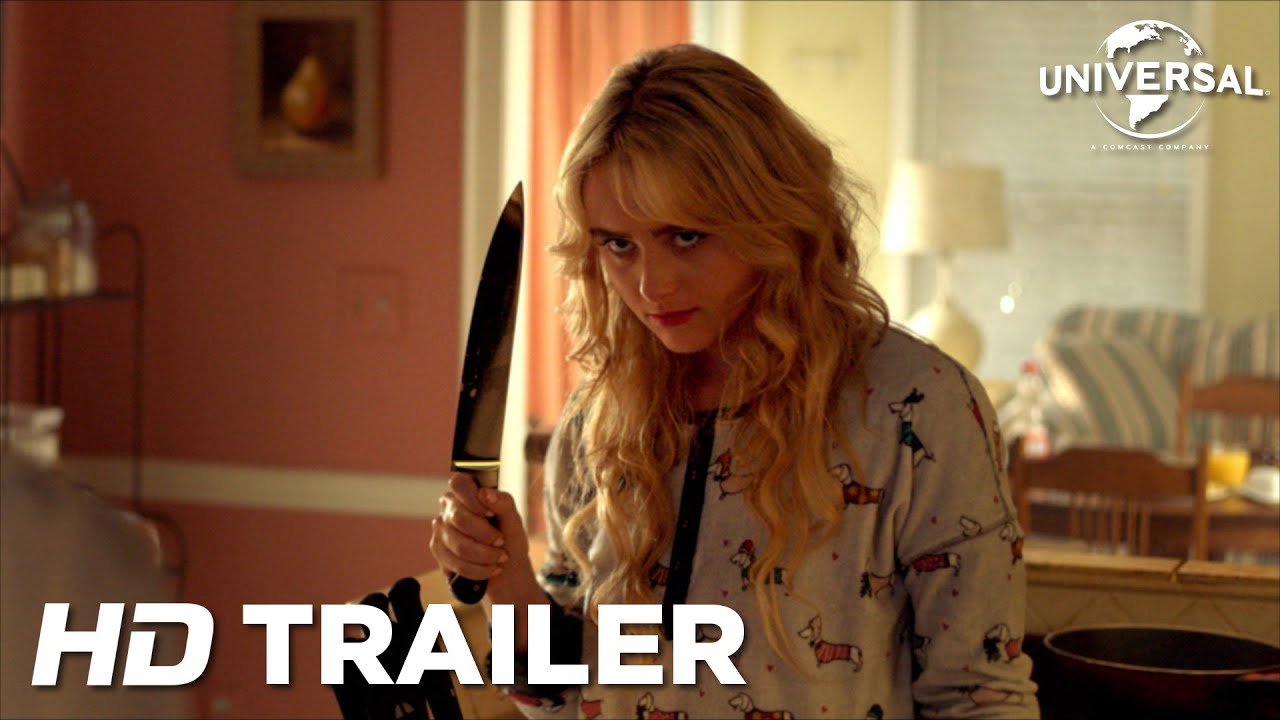 Freaky hits theaters on Friday, November 13th. Yes, that’s Friday the 13th, a perfect time for a slasher, right? Well, if you think so, perhaps you’ll wanna subscribe to Halloweenies, our horror podcast that’s slashing through the entire Friday the 13th franchise. Come November, they’re going to be tackling not one, but two Jason flicks.