Over the course of his brilliant five-decade career, Brian Eno has contributed music to hundreds of films. Now, for the first time, he’s compiling a selection of these compositions as a standalone release.

Among the songs featured: Eno’s “Prophecy Theme” from David Lynch’s Dune; “Late Evening In Jersey” from Michael Mann’s Heat; and a cover of William Bell’s “You Don’t Miss Your Water” from Jonathan Demme’s Married to the Mob. Also included is “Beach Sequence”, Eno and U2’s Passengers collaboration for the Michelangelo Antonioni film Beyond the Clouds, and Eno’s “Deep Blue Day”, which soundtrack Ewan McGregor’s toilet dive in Trainspotting.

Eno also unearths seven unreleased tracks, including material he wrote for the first two seasons of Top Boy and Peter Jackson’s Lovely Bones. The latter track is called “Ship In A Bottle” and is streaming below ahead of the album’s release.

Film Music 1976-2020 will be released digitally on November 13th. A physical release on CD and double vinyl is slated for January 22nd, 2021. Pre-orders are ongoing. 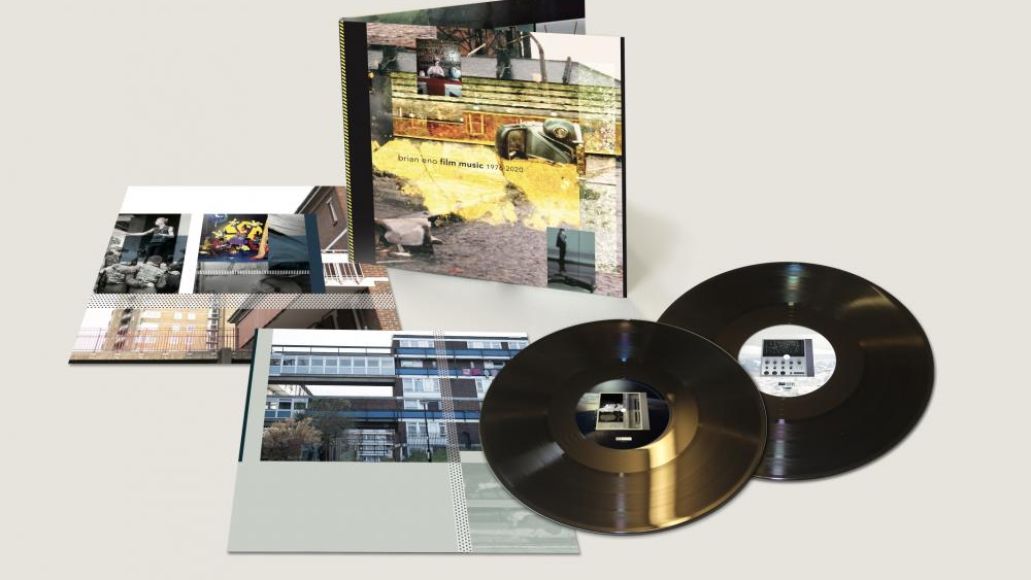