Corey Taylor has unleashed “HWY 666” as the third single from his upcoming album, CMFT. The track is the latest preview of the Slipknot singer’s debut solo LP, which arrives on October 2nd via Roadrunner Records.

“HWY 666” offers another example of Taylor’s genre-defying approach to CMFT, as the track combines elements of outlaw country and hard rock. The accompanying graphic-novel inspired lyric video features illustrations of Taylor, the Devil, and various monsters.

The song follows previous singles “CMFT Must Be Stopped” and “Black Eyes Blue”, which were both released on the same day as the album’s announcement roughly a month ago. “Black Eyes Blue” has already shot up Billboard’s Mainstream Rock chart, cracking the Top 10 and still rising.

CMFT, which recently landed on our list of the 20 Most Anticipated Metal Albums of Fall 2020, is available for pre-order here. Check out the lyric video for “HWY 666” below. 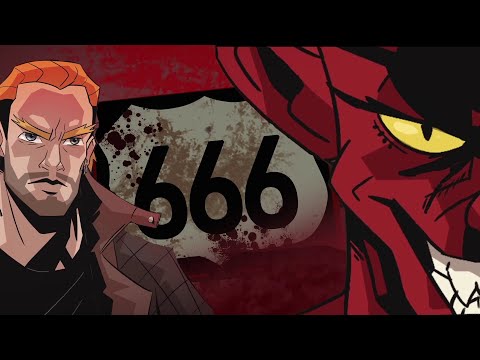