Emma Ruth Rundle and Thou are set to unveil their new collaborative album, May Our Chambers Be Full, on October 30th. As the release date fast approaches, they’ve now unveiled the second single, “The Valley”.

Whereas the lead single “Ancestral Recall” brought a post-grunge guitar assault, “The Valley” is starker balladry. Rundle and Thou have played their fair share of slow music independently and comfortably settle into those meditative tempos here, stretching the track to nine minutes.

As guitars mingle with strings, Rundle’s voice takes flight, sounding as captivating as ever. The song’s eventually builds to a Thou-driven climax, including the layering of harsh vocals with Rundle’s clean singing.

“Fragile yet powerful; sad but fearless,” Thou guitarist Andy Gibbs said of the song in a press release. “It’s the feeling you get when you listen to a lot of Emma’s music.”

Of “The Valley” depicted in the song, Rundle elaborated: “The Valley is a place. A landscape that lacks vistas and perspectives. An analogy for unrelenting, crushing mental illness, physical pain, addiction and the isolation that can arise as a result of these diseases. There is a choice one must make once initiated into The Valley’s fold; to press on living where no hope will ever show itself or to dissolve into its bleak grayness. On the journey, remains of those who came before us and succumbed are visible. Instead of hope, we turn to anger and defiance for fuel and with those we fortify ourselves. The ending doesn’t resolve, but successful escape from The Valley is unlikely.”

The collab is the latest in Sacred Bones’ Alliance series, which previously brought us such fitting collabs as Uniform and The Body, as well as Marissa Nadler and Stephen Brodsky — with a definite thread of dark music binding the series together.

Thou Unleash Crushing Cover of Alice in Chains’ “Them Bones”: Stream

Thou also recently contributed a cover of Alice in Chains’ “Them Bones” to a new tribute compilation, paying their respects to the Seattle legends. Thou singer Bryan Funck revealed that “Rooster” forever led him and fellow Thou member Matthew Thudium down a path of dark, heavy music. If you listen close enough, you might hear a bit of that grunge influence in the tracks with Emma Ruth Rundle.

Pre-order May Our Chambers Be Full via Sacred Bones and Amazon. Listen to “The Valley” below. 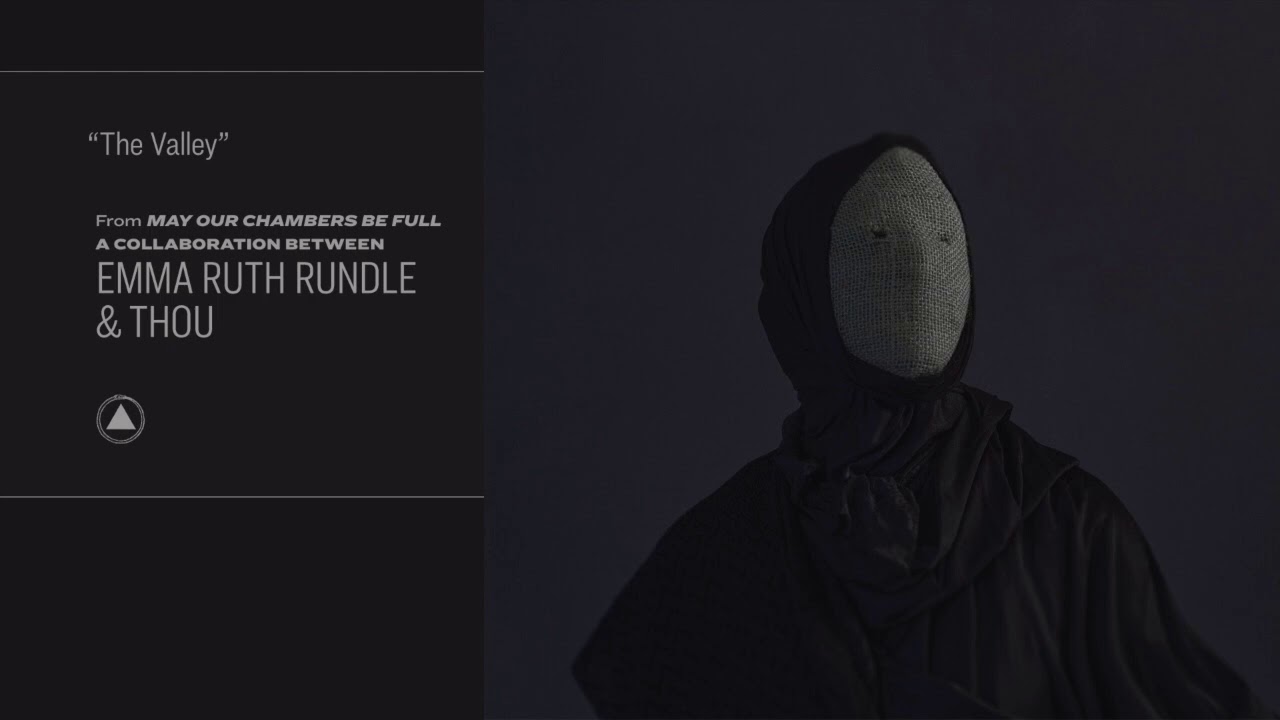 Emma Ruth Rundle and Thou Share New Song "The Valley" Ahead of Collaborative Album: Stream