West voiced Mayor Adam West, an eccentric and kooky version of himself, for over 100 episodes on the hit Fox cartoon. Though the actor passed away in 2017, Family Guy was able to continue with his character through the following year, as he’d already recorded a number of episodes prior to his death. The show paid tribute to West last year by renaming Quahog’s high school after him.

Now, as Entertainment Weekly reports, the series is ready to welcome its new mayor — a decision producers did not take lightly.

“We wanted to take the time to respect Adam,” said executive producer Richard Appel. “In having a conversation about ‘How do you replace him?,’ the universal belief was: he’s irreplaceable. And then the next question is, ‘Do you find a new mayor?’ In the world of Family Guy, he had an important role, and a role that was necessary for a lot of stories.”

Elliott made a lot of sense for the part, considering how recognizable his voice is and how open he’s been to using it for comedic purposes. He even had a vocal cameo in Family Guy before, reciting some of the lyrics to KISS’ “Lick It Up”. However, when producers approached him to play Mayor Sam Eillott, he wasn’t interested.

“He just felt like he didn’t want to play himself,” explained Appel. “Which made us go back thinking, ‘Well, all right, is there someone else?’ And we thought, ‘Wait a minute, that note is a smart note. Because that was more what Adam West was doing.'”

Instead, the showrunners came up with a new character, a cousin of Mayor Adam West named Wild. Oh, and his middle name is Wild, too. Described as having a “Elliott-adjacent” personality that’s equal parts “ornery” and “sexy and authoritative,” the new Mayor West will debut in the November 8th episode of Family Guy. Below, get your first look at the animated Elliott.

Season 19 of Family Guy premieres on September 27th at 9:30 p.m. ET. The premiere not only marks the series’ 350th episode, but will see Stewie utter his first real words. “It’s about what you’d think,” hinted executive producer Alec Sulkin. 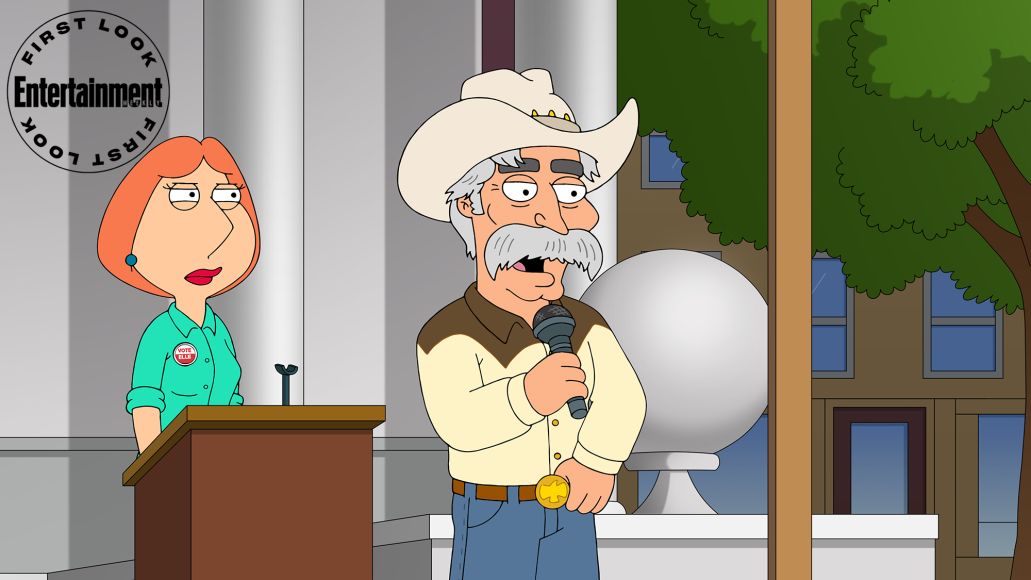 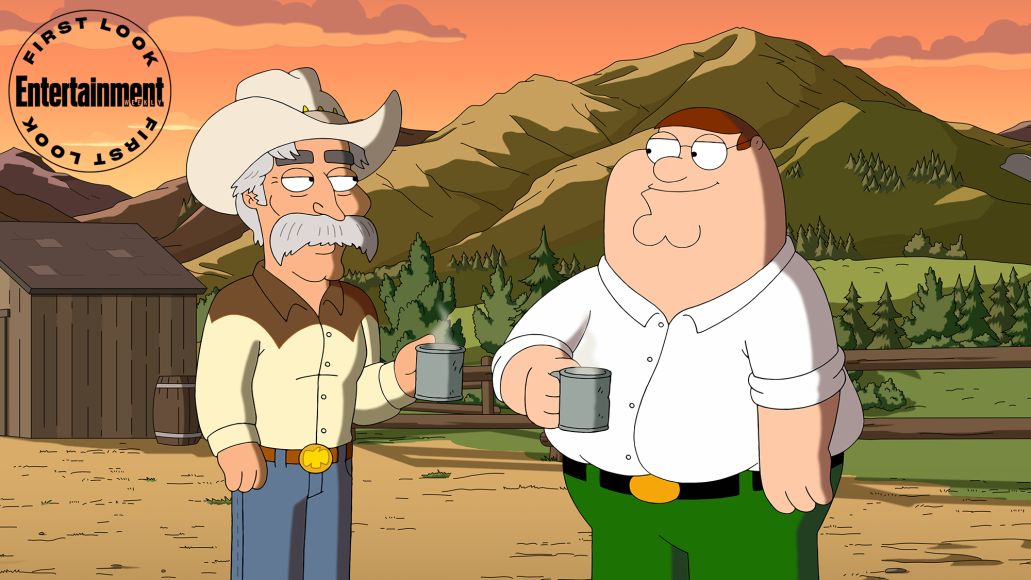