This review is part of our coverage of the 2020 Toronto International Film Festival .

Uniform-ity: Unlike conventional concert documentaries — and not too dissimilar from Jonathan Demme’s iconic Talking Heads feature Stop Making Sense — the stage of the Hudson Theatre is kept almost completely bare. Byrne remains under the spotlights for nearly the whole runtime, decked out in a visually bland grey suit and bare feet.

Over the course of the first few songs, members of his band and the ensemble – 11 in total — are introduced in identical outfits, which lends the proceedings a feeling of uniformity and equality. With his shock of white hair and commanding stage presence, Byrne is always front and center, but the identical unisex costuming elevates the other performers beyond mere supporting actors or background fixtures. It’s truly an ensemble. 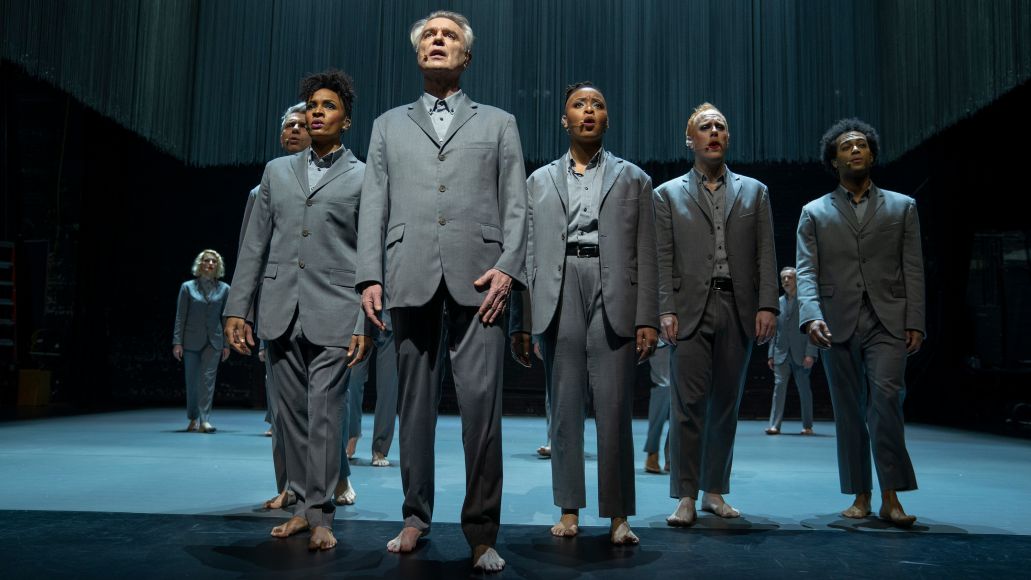 Minimalism: The slightly sombre and cerebral first song, “Here” (off Byrne’s album of the same name), utilizes a prop brain and an empty table. This is the only time that Byrne employs physical visual aids; the rest of the show is exclusively focused on the performers and their movements with an occasional visual assist by the curtain made of chain that encloses the stage.

Naturally, there are the requisite lighting changes to develop mood and signal the transition to new songs (checkerboards for one song; a rectangle that imprisons the musicians for another). For the most part, this works to keep the focus narrow and defined, but for a stretch, notably in the run-up to the final few numbers, the gray minimalism of the costume, lighting, and stage design dulls the senses and saps the energy. 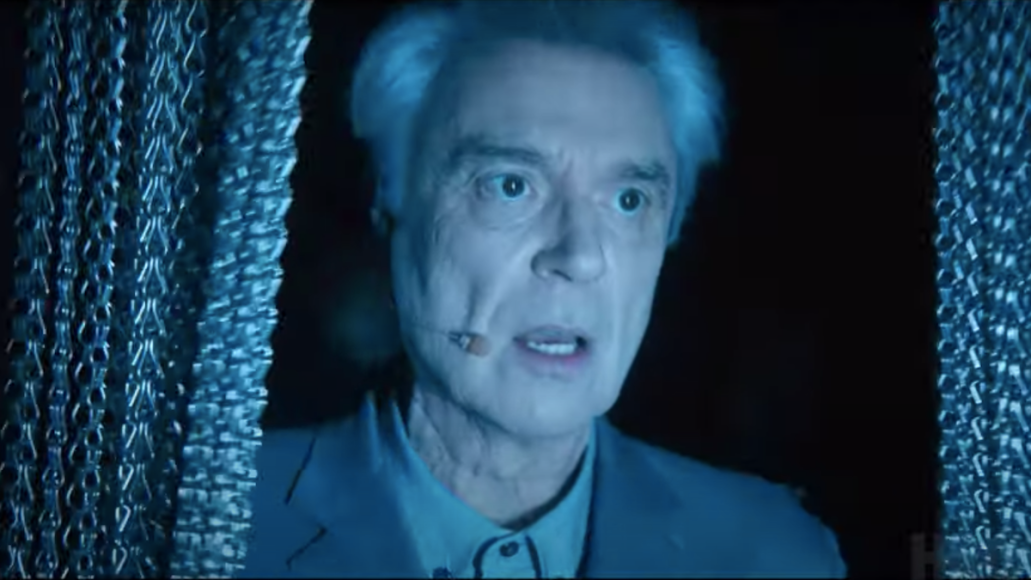 Connections: Throughout the documentary, Byrne explicitly and repeatedly addresses the importance of human connection, emphasizing the challenges of meeting and maintaining relationships with others. This is embodied in both a number of songs (especially the socially anxious “Everybody’s Coming To My House”) and the comedic riffs between numbers (at one point Byrne jokes that part of the audience met on apps).

At one point, Byrne suggests that humans find each other more visually captivating than other objects. It’s an idea that presumably informed his decision to not just refrain from cluttering the stage, but keep his colleagues untethered by amps and plug-ins. By using wireless sound, everyone’s free to roam and participate in the intricate choreography, which in turn effectively infuses energy into all the proceedings. There’s just so much life. 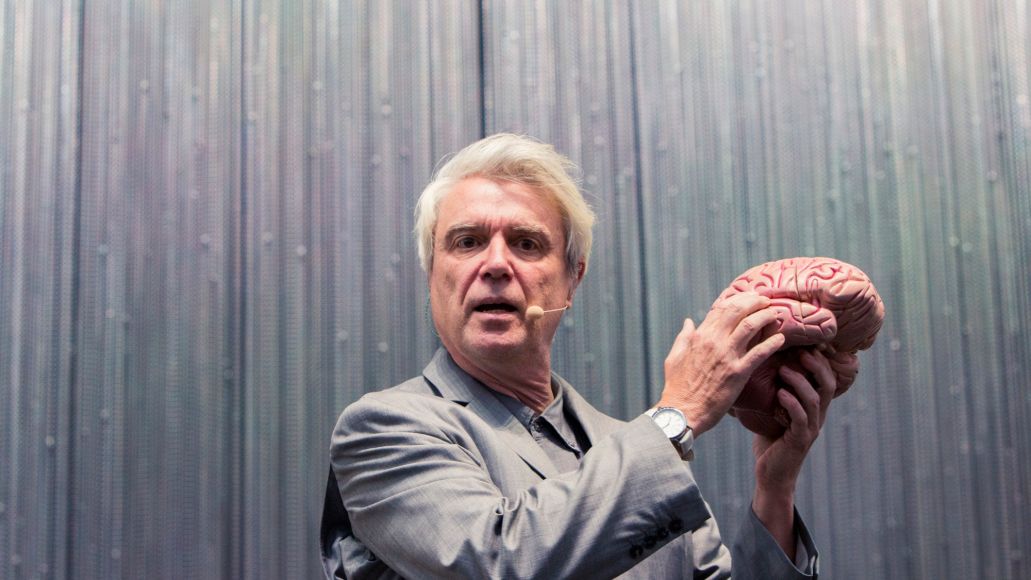 Political Messaging: Byrne’s belief in humanity’s inherent goodness and his fears that we’re losing our way could strike some as naïve, idealistic or even the antiquated ideology of a 68-year-old musician. Yet American Utopia elides those concerns by virtue of its sheer celebratory nature. At times, the whole enterprise verges on euphoric, culminating as a surprisingly timely anthem that exudes positivity while also emphasizing the need for change.

This comes into play in several ways. Late in the doc, Byrne lays out select voting statistics from both the 2016 federal and local elections, advocating that the percentage and the age of voters in the latter will eventually leave successive generations “fucked.” He also explicitly acknowledges the value and contributions of immigrants when he introduces his internationally diverse band, who hail from Canada to France to Brazil to Colombia, as well as the United States.

Arguably the film’s most significant moment, however, is a rendition of Janelle Monáe’s protest anthem “Hell You Talmbout” that includes blown up photos of prominent Black Americans killed by the police over the decades. Credit Byrne and Lee for editing in pictures of more recent victims of police violence such as Breona Taylor and George Floyd, in addition to those originally cited in the original performance when it was filmed (way, way) back in 2019.

Burning Down The Doc: Lee’s direction is as vital as Byrne’s music, Alex Timbers’ production, and Annie B. Parson’s choreography. There’s a vitality to Lee’s movement in that there’s very little static direction throughout the performance. Lee also offers a wide variety of vantage points from which to consider the on-stage action, cutting from close-ups of the performers, to rapid dollies on a staged tableaux, to overhead shots to emphasis the choreography, to voyeuristic shots from behind the chain link curtain.

There are also frequent perspectives from the back of the theatre, emphasizing Byrne’s ideology about human connectivity as the audience is seen dancing and swaying to the music at the bottom of the frame. It perfectly complements Byrne’s celebratory show, particularly during the handheld conga-line encore of “Road to Nowhere” as the band weaves through the audience and exits the theatre to inevitably bike through New York.

Spike Lee on Voting: “This 2020 Presidential Election Will Be the Fight for the Soul of America”

The Verdict: With energetic direction by Spike Lee and an engaging, joyous lead performance by its titular performer, American Utopia is a welcome rock doc that will appeal to all audiences, regardless of their familiarity with the Talking Heads and David Byrne. It is as much a celebration of song and contemporary dance as it is a call to action about the need to embrace our humanity and connect with others. Quite simply: it’s a joy. 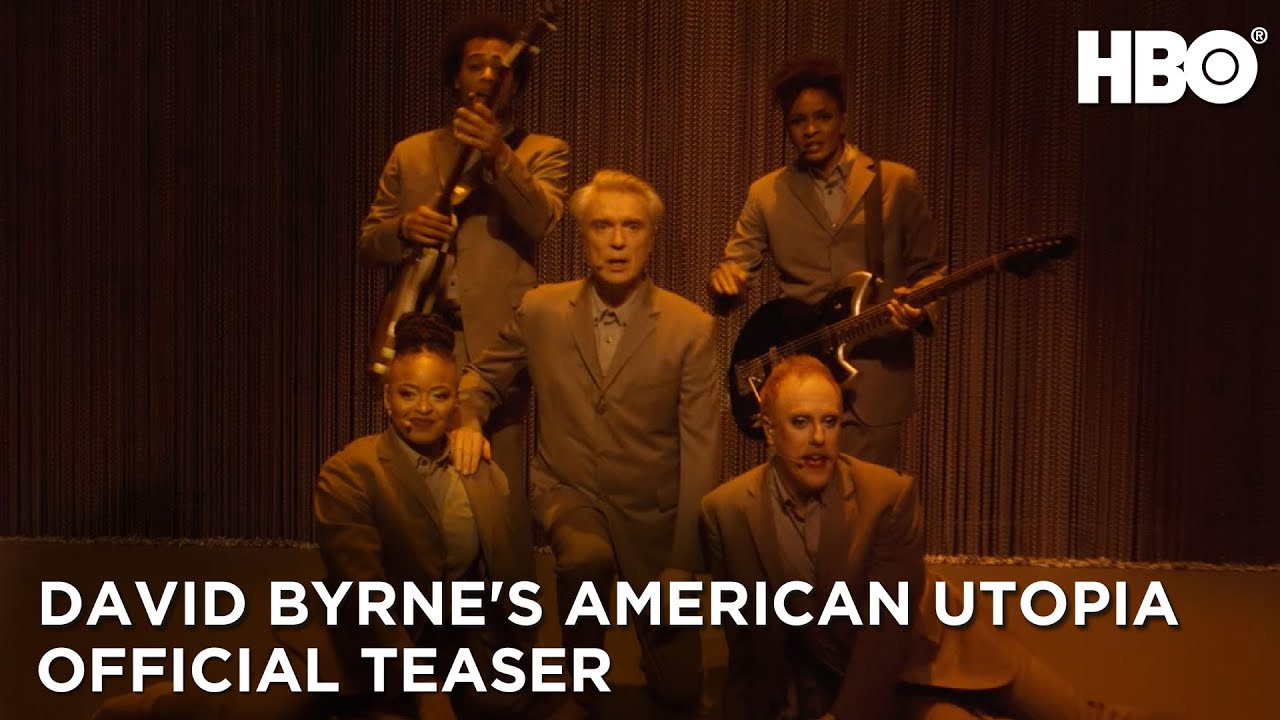