The Pitch: Amidst the backdrop of 2020 — the heady and often unpleasant mix of an impending presidential election and a worldwide pandemic that’s hitting the United States especially hard — five people deliver five different monologues (or, as they’re briefly dubbed, “unhinged rants”) about the Way We Live Now in the satirical HBO “special presentation” Coastal Elites.

Look at the Camera: Because of the very nature of the coronavirus pandemic, Coastal Elites is a decidedly un-flashy glimpse into the lives of a quintet of Americans. From sly writer Paul Rudnick, the 90-minute special presentation (that’s what HBO is calling Coastal Elites, and although it’s movie-length, frankly, the descriptor fits) is meant as a mix of earnest sincerity and dry wit. How is this disparate handful struggling to make things work during the pandemic … and during the rise of protests against police violence towards people of color … and during the current political climate?

That question is answered thanks to five actors — Issa Rae, Dan Levy, Bette Midler, Sarah Paulson, and Kaitlyn Dever — looking directly into a camera and talking for anywhere from 15 to 25 minutes. (Midler, whose connection with Rudnick goes as far back as The First Wives Club, has the longest stretch of screen time.)

There’s nothing remotely close to subtlety in Coastal Elites, as established during the first monologue, delivered by Midler’s character. She’s playing a retired schoolteacher from Queens pleading her case to an unseen police officer, after having been brought in for taking away someone’s MAGA hat. Levy’s a gay actor struggling with the callback process for a superhero role, Rae a rich woman with a surprising connection to the Trump family, Paulson is a live-streaming meditation expert with a dismissive family, and Dever a young Wyoming paramedic in New York helping out during the worst of the pandemic. 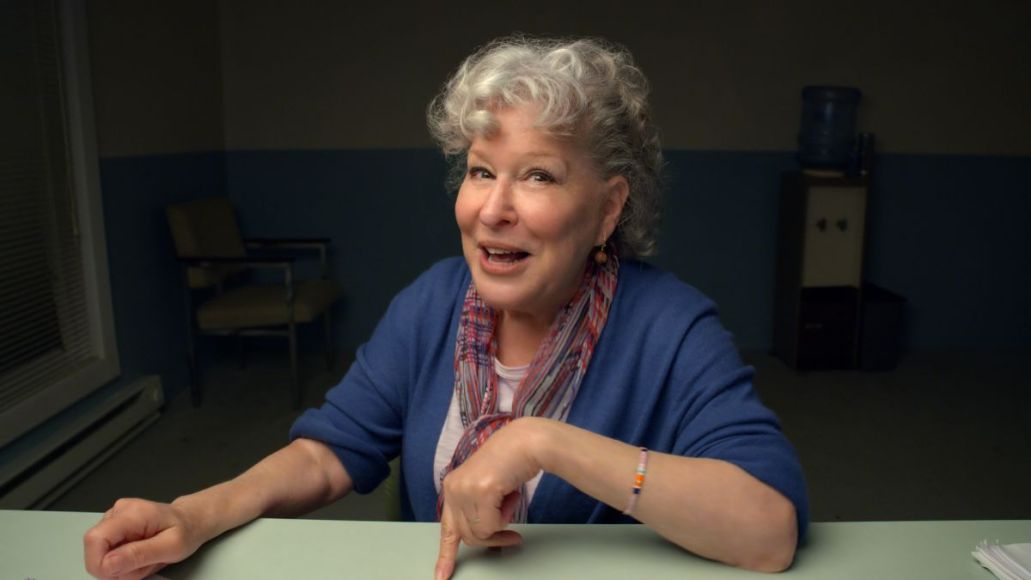 Talk To Me: Perhaps the weakest part of each monologue comes at the start, when each actor has to establish who they’re “talking” to and why. Midler, though spirited, has to constantly pretend as if she’s being asked questions by the cop (who we neither see nor hear). It’s an understandably theatrical technique that plays very poorly on TV. (It is unsurprising, per the press notes, to learn that Coastal Elites was originally intended to be a stage production.) Dever’s direct address is the most effective, in spite of being saddled with the shakiest connection to another monologue and a final line that’s eye-rolling at best. Dever, notably, is playing the one character who doesn’t fit into the lazy stereotype knowingly evinced by the title. As a young woman with a notable twang in her voice, and a willingness to tell a stranger that she’s registered as an independent, Dever is the closest Coastal Elites comes to representing the so-called “real” America.

It’s not so much that the other actors feel more stereotypical (though Midler’s character is especially caricaturish). It’s that Coastal Elites seems like it was designed for the nicest echo chamber you can find. We’re less than two months away from, putting it lightly, an enormously important election. We’re all still living through the COVID-19 pandemic. So yes, you too may be like these characters, fraying at the edges of sanity. But it’s impossible to understand what exactly the point of Coastal Elites is aside from achieving some bland sense of recognition. As a series of direct addresses, Coastal Elites intentionally gives the audience very little to look at, with director Jay Roach not doing anything fancier than — presumably — telling his actors to point the camera in a certain direction with props in frame just so. And considering who’s involved, it’s hard to imagine Coastal Elites piercing anyone’s preconceived notions of Hollywood actors. This special presentation is designed to make a limited target audience nod in vague recognition, and nothing else. 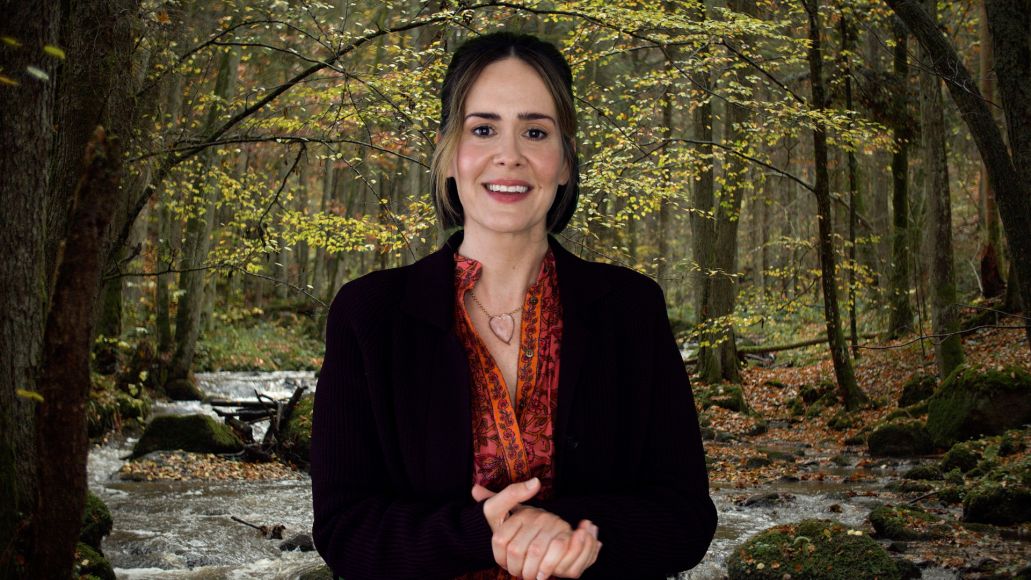 But Why: If you feel like you need the validation of knowing that, yes, your family is crazy and/or dismissive of your politically liberal concerns, or that people acting like conservative trolls just to get their rocks off in public is annoying … well, Coastal Elites will give you that validation. As frustrating as it must be for Hollywood productions to be so limited at this moment in history, there are few things more frustrating than such a creatively insular production. This special presentation wouldn’t benefit from giving voice to the American right wing, to be fair, as that would simply tip the event into the realm of both-sides commentary.

The problem is that Coastal Elites has so little, if anything, to say. The final segment, featuring Dever, is the strongest of the five even as it also pinpoints the issues inherent in this entire production. The pandemic and the election are discussed, either together or separately, in each of the preceding sections. But Dever, in a way, puts a face to the grim underbelly of the impact of the catastrophe we’re all struggling through. Rudnick’s way with a one-liner, with the classic set-up-to-punchline style of comedy writing, is evident in each section, yet Dever sidesteps any theatricality or bombast in her line deliveries. Her jokes are gallows humor, if that. The severity of the scene makes the others feel vastly more shallow than they did in the moment. 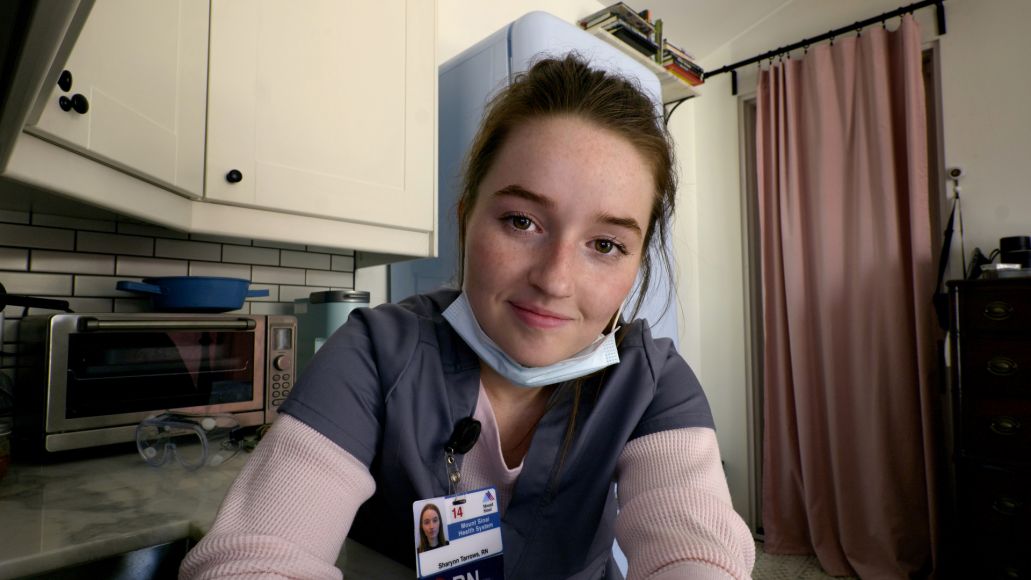 The Fab Five: All of the five performers acquit themselves as admirably as possible. Midler’s perhaps most comfortable — she, at least, sets an old-school, Borscht-Belt-y tone with her personality — yet Levy, Rae, and Paulson are all quite good as well. But there’s a glibness to the setup of each of their roles that’s wiped away with Dever’s performance, so much so that it renders at least of the three preceding segments so pointless as to be almost insulting. Dever’s proven herself to be immensely talented — yes, there’s Booksmart, but anyone who remembers Justified surely remembers her stellar work as Loretta McCready — and she stands head and shoulders above the rest of the cast.

But Coastal Elites buckles under the weight of her work, because her piercing talent only heightens how silly the rest of this special presentation is. This special doesn’t have any responsibility to the current moment, of course, and there’s nothing wrong with heightening people’s social awareness at such a fraught time in American history. But as sincere as this thing is, it’s a stab at cultural relevance from a writer whose most relevant time may have since passed decades ago.

The Verdict: If you’re a diehard fan of any of the five actors featured in Coastal Elites, and you can’t imagine a scenario without watching everything in which they appear, you’re in luck. But for anyone who’s just trying to survive, day to day, during this nightmare year, Coastal Elites feels like a 90-minute affirmation that things are terrible, voting is necessary, people’s innate humanity can still win the day, etc. It’s the same kind of thing you can find on your Twitter feed if you curate it carefully enough.