The Pitch: Disney has remade a number of its ’90s-era animated films into live-action and/or CG blockbuster epics. Now, the 1998 favorite Mulan gets the same treatment. Its story of a young Chinese woman impersonating a man in the Imperial Army has shifted from an animated classic into a live-action tale of empowerment and self-actualization. But does the translation pay off?

Breaking the Mold … Somewhat: Most of the live-action remakes from Disney follow a frustrating pattern in which A-List filmmakers and actors go through the motions of replicating magical moments from the classic films of our childhood, all while trying to make something new of those fairy tales. At the box office, these films have been largely successful, with Beauty and the Beast, Aladdin, and The Lion King all making at least a billion dollars worldwide. The shame of these financial smashes is that they have often failed to capture the magic of the originals or create a magic of their own.

Mulan falls into a somewhat different situation. The premise of the film, directed by Niki Caro, remains the same as it was in 1998 (and faithful to how the legend of Fa Mulan has been passed down through Chinese culture): a young woman (Liu Yifei) goes undercover as a man in the Chinese Army after the Emperor (Jet Li) decrees that one man from every family must serve against the onslaught of a fierce, nomadic tribe hellbent on revenge. Mulan makes this choice to protect her ailing father (Tzi Ma) and because her own talents and skills with arrows, staffs, and other weapons are quite remarkable. As in the animated film, Mulan initially struggles in basic training, both because of the physical acts required and because she’s trying to ensure that no one catches on to her ruse.

Otherwise, this Mulan is extremely different. Unlike the animated film, there aren’t any songs performed within the movie. (Christina Aguilera, who sang “Reflection” during the closing credits of the 1998 film, does so again here.) You may recognize the musical themes of songs like “Honor to Us All” or dialogue that mirrors the lyrics of “I’ll Make a Man Out of You”, but you’ll see no one burst into song. And there’s no chatty dragon voiced by Eddie Murphy to help Mulan either. One of the strengths of this Mulan is that Caro and the quartet of credited screenwriters lean heavily into the weightiness that permeates this story. At its heart, this is a wartime epic; where the original film felt comfortable being cheeky and cute in between its action-heavy sequences, this film approaches, but doesn’t quite tip over into, humorlessness. 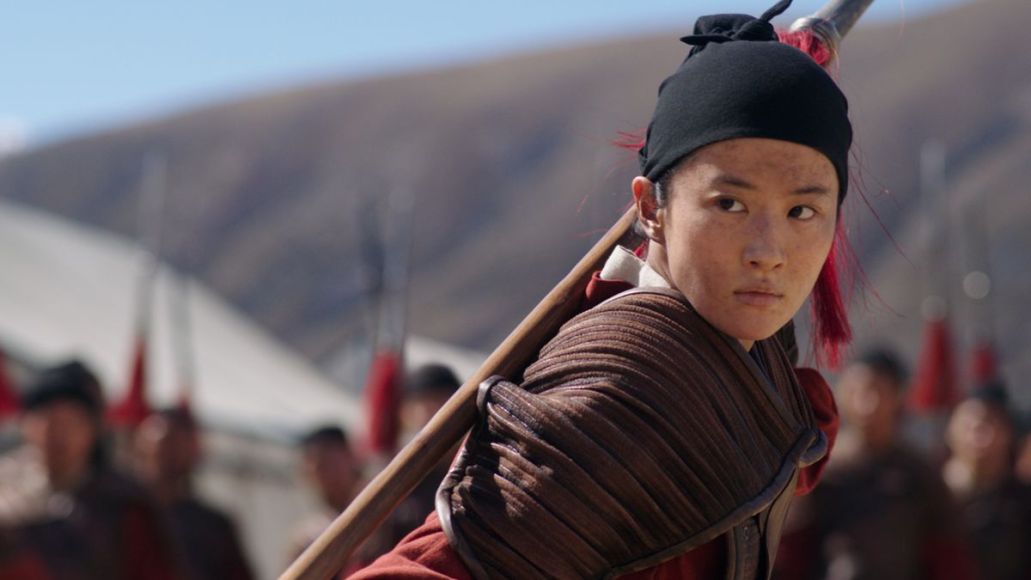 A Shift into Superheroism: Where Mulan struggles is in balancing its need to follow the storytelling beats of the animated film and wanting to be different from its predecessor. Now, Mulan must face two villains: Bori Khan (Jason Scott Lee), the tribe leader who wants to kill the Emperor for familial revenge; and Xian Lang (Gong Li), a witch in league with Bori Khan who senses in Mulan a kindred spirit.

The real shift comes with Xian Lang; her relationship with Mulan is unexpected, partly because her own powers and Mulan’s become intertwined to the point where Mulan is slightly positioned as a superhero. (Xian Lang even pulls the old “We’re not so different, you and I” bit that you can find in a lot of superhero films.) If you take a cold, calculated look at the current state of the Walt Disney Company, it makes sense. If you consider the story of Mulan, though, turning the reserved, but courageous, young heroine into a bad-ass out of Crouching Tiger, Hidden Dragon and having her debate aligning with a supernaturally powered villain is … A Choice.

The action scenes also attempt to differentiate this Mulan from other remakes, and while it’s an admirable creative choice to introduce wuxia-style action sequences, Caro feels a bit adrift in staging them. Where the original animated film had Mulan dealing with her complicated feelings for the soldier Li Shang, there are two male figures in the army with whom the live-action heroine connects, one of whom is played by the legendary Donnie Yen. As fans of Yen may hope, he’s got a few big moments in which he gets to show his skills; unfortunately, those scenes are edited down to the nub, with an excess of cuts and swinging camera moves.

Outside of the setpieces, Mulan is often beautiful to look at. Cinematographer Mandy Walker captures the Chinese setting in such a gorgeous fashion that, if nothing else, this is vastly more visually striking than its predecessor. Whether depicting Mulan’s homestead or the mysterious fog of a forest in which a battle takes place, this Mulan was clearly intended to be seen on the big screen. It’s as close to epic filmmaking as you’ll find among Disney’s newest releases. 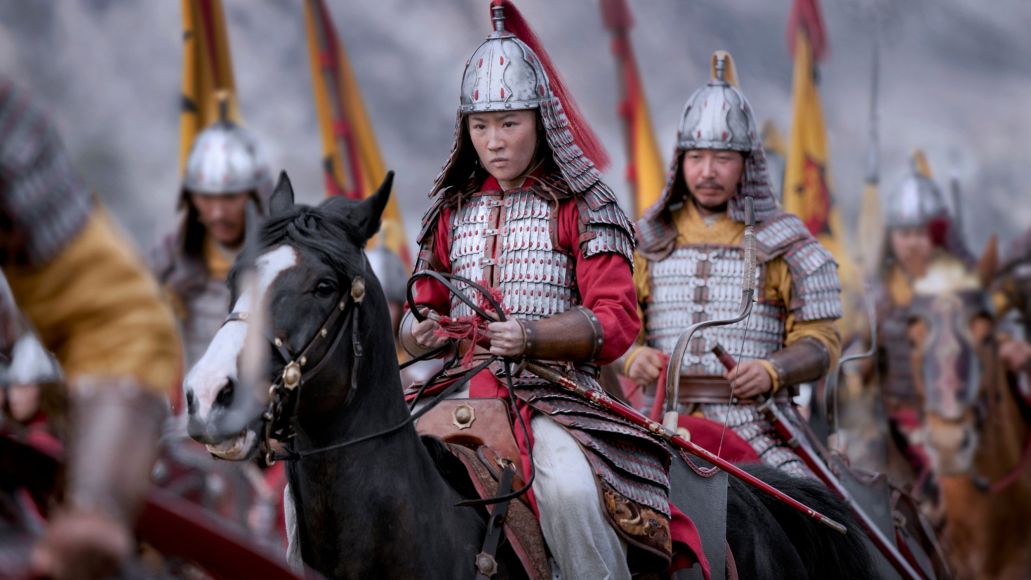 An Expensive New Viewing World: That, of course, leads to the unfortunate circumstances of this film’s release. Mulan was originally set for a release in the middle of March, to the point that a few lucky folks actually did see this on the big screen at the Los Angeles premiere. After a couple of release-date delays, Disney gave in and did the previously unthinkable: Mulan will be available in some major markets to purchase via Disney+ for $29.99. I’m not here to tell you what to do with your money — it’s your money. What is unavoidably true is this: aside from the recent Hamilton, Disney+ hasn’t had another original film even remotely worth spending money on separately. If you’re part of a large family, this would seem worth it just for a single viewing with snacks, compared with going to the theater, buying tickets and concessions, and hoping that your fellow theatergoers don’t interrupt your viewing with a phone call or idle chatter.

What Mulan comes close to is proving that there’s a future for the remakes of animated films, a future that previously seemed impossibly bleak when you watch redos of The Lion King or Beauty and the Beast. The framework is the same, but the tone of this film, and much of its presentation, implies that the filmmakers took their work incredibly seriously. Unlike other Disney remakes, the issue with Mulan isn’t that it hews to the formula too closely; it’s that when this movie veers away from that formula, it tries to be something approaching a Marvel movie, and that’s one crossover we still don’t need.