This review is part of our coverage of the 2020 Toronto International Film Festival.

The Pitch: Based on Jessica Bruder’s 2017 non-fiction novel, Nomadland follows 60-something Fern (Frances McDormand) over the course of a year as she moves from place to place, working odd jobs and living in her van. Throughout her journey, Fern comes across a multitude of communities: some who accept her as she is, others who try to pin her down and keep her stationary. These series of experiences offer a character study of a head-strong, mature woman working through her grief and searching for herself.

Authentic Experiences: Over the course of four features, director Chloé Zhao has repeatedly returned to stories of marginalized people, living on the fringes of conventional society. She favors stories of real people, living authentic lives and struggling with the adversity that accompanies an existence that falls outside of a traditional urban, capitalist model.

In Nomadland, Zhao and McDormand spent five months living in nomadic communities, in order to earn their trust and authentically represent their lived experience. As a result, McDormand’s character Fern feels authentic and lived-in. This extends to the supporting cast, which – as is par for the course for Zhao – includes several non-professional actors. In fact the three people that Fern connects and befriends —  Linda-May, Swankie and Bob Wells — are all real members of the Rubber Tramp Rendezvous (RTR) movement, which advises and educates on how to lead a van- and RV-dwelling lifestyle.

By establishing a narrative fiction within a real community, Nomadland therefore has a documentary-style feel, which is supported by Zhao’s naturalistic shooting style. 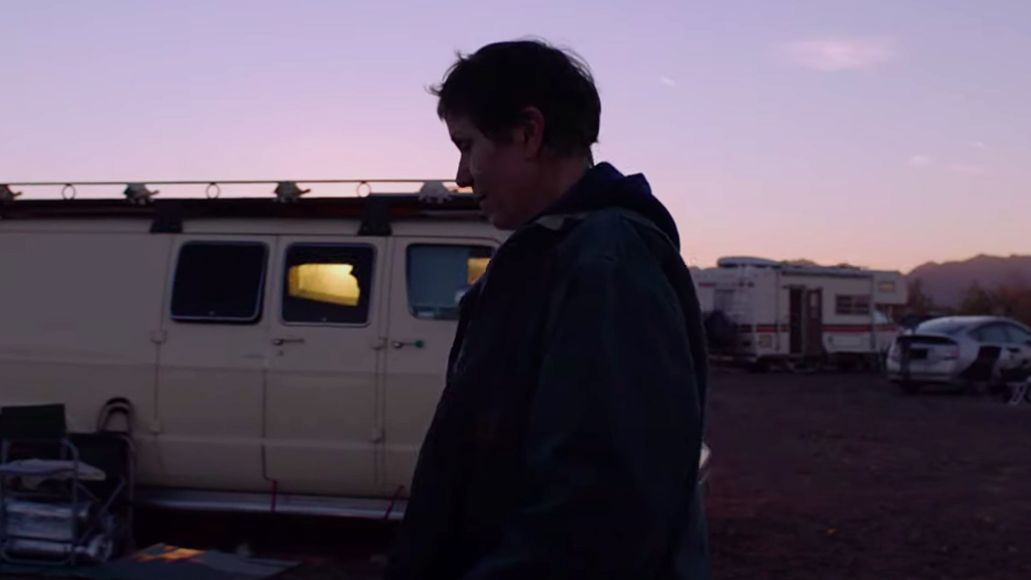 Mid-West Portrait: One of the distinctive visual traits of Zhao’s work is the lyrical beauty of her shot composition. She favors long takes with actors framed in the foreground, dwarfed by giant, picturesque landscapes in the background. There’s a kind of postcard aesthetic in these shots that evokes a travelogue, which is particularly apt for Nomadland as Fern traces her way through various states and different geographies.

The appreciation for the American Midwest is built into the narrative, which regularly contrasts the tight quarters of Fern’s van with the wild, open spaces where she parks. Throughout the film, there are few scenes that take place within cities or commercial spaces that feel jarring and uncomfortable. Not only is the environment boxy and artificial, the mise-en-scene confirms that Fern herself is not at home. This idea is continuous.

At one point, Fern visits her potential paramour Dave (David Strathairn) at his son’s country farmhouse. Cinematographer Joshua James Richards highlights Fern’s feelings of oppression and confinement in the way he shoots the interior of the house. So, when she eventually decides to leave, her relief is subtly communicated in the smallest movement — for instance, Fern gentling pushing in a chair at an empty dining room table. It’s great.

Another Spin Around the Sun: There is a cyclical element to the film in how repetition is used. Zhao either repeats sequences (scenes of Fern walking) or literally reuses the same shots (a shot of a cactus near the RTR hang-out) to instill both the passage of time and the timelessness of nomadic life. Characters are constantly on the move, chasing the warm weather, or seeking part-time work to supplement their income, but this mobility is dictated by the patterns and natural trajectories of the season. In turn, this lifestyle provides Nomadland a loose narrative structure, one that spiritually captures a life lived outside of a world ruled by “the tyranny of the dollar,” as Bob Wells intones at one point. 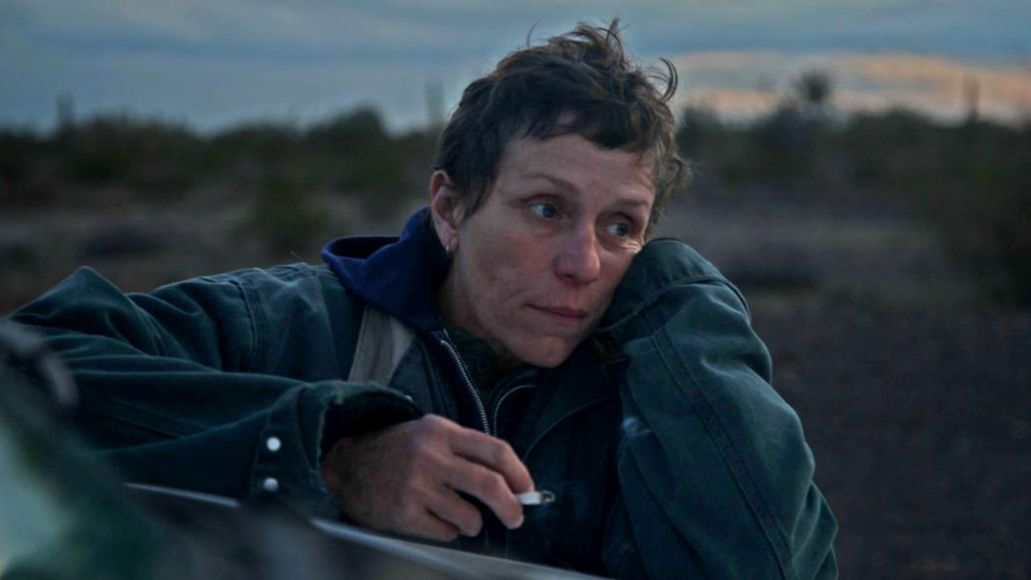 Wandering Frances: Fern is the lynchpin of the film around which everything circles, but it is an incredibly quiet, contemplative role. Fern rarely speaks unless she has something to say, which means the majority of McDormand’s performance is tranquil.

Not surprisingly, all of the subtleties and emotional weight of Fern’s struggle is as clear as day, particularly the weary resignation she wears on her face and in her body movements. In one scene, Fern is advised to collect early retirement and the indignation on McDormand’s face tells you everything you need to know about Fern’s pride and work ethic.

To be fair, Fern isn’t always an easy person to love, as her relationship with Dave and Fern’s sister Dolly will attest. In McDormand’s hands, however, Fern is a fascinating, head-strong woman that you can’t help but root for, even if you don’t always understand her rationale. In short: There’s every reason to believe that McDormand will be recognized for her performance come Oscar time.

Vanessa Kirby and Shia LaBeouf Stand Out In the Shrugworthy Pieces of a Woman: TIFF Review

The Verdict: Nomadland is a gorgeous, lyrical film featuring another standout lead performance by Frances McDormand. Chloé Zhao’s latest is a testament to the beauty of the American Midwest and the value of living an unorthodox life. 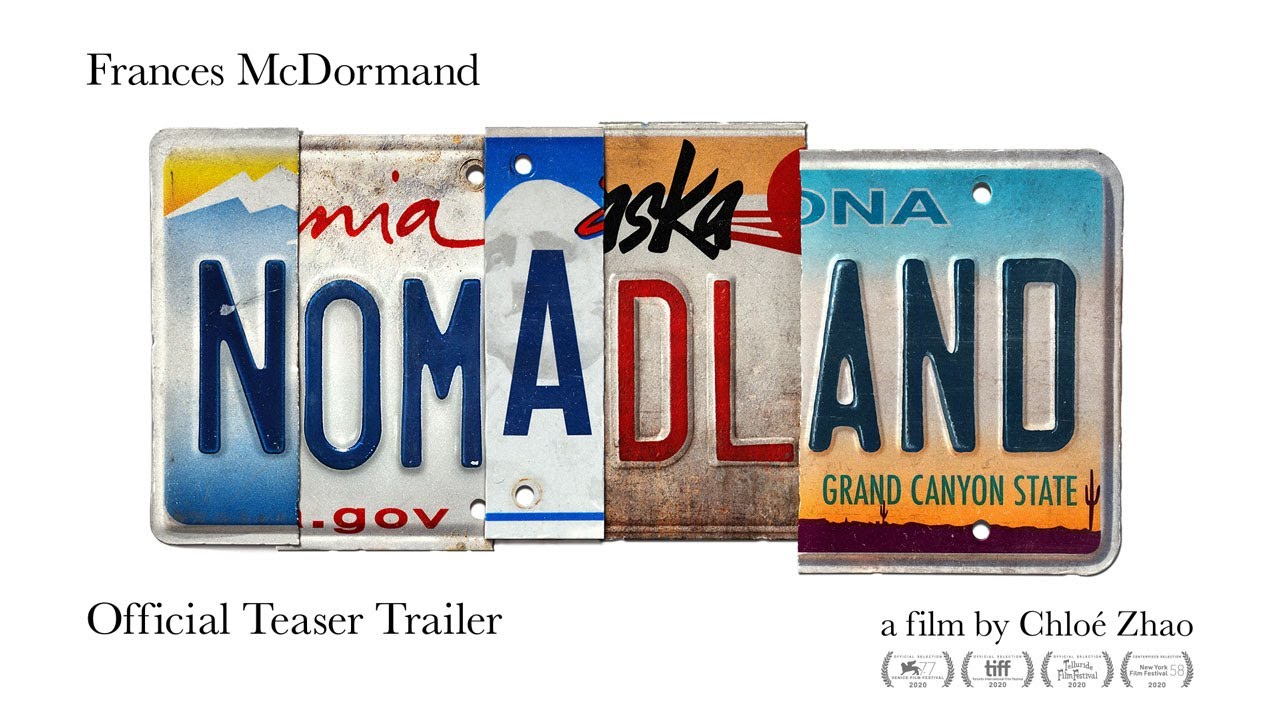