If you thought you heard some new guitar tricks from Jack White on The Raconteurs’ Help Us Stranger and their subsequent tour, you’ve got good ears. Turns out White was road testing a new guitar pedal made in collaboration with CopperSound Pedals: the Third Man Triplegraph. Four years in the making, Third Man has now announced a commercial release for the standard and limited edition versions of the pedal.

The story behind the Triplegraph begins in 2016, when CopperSound dropped off a one-of-a-kind Telegraph Stutter at the Third Man Records headquarters in a long-shot hope that White would receive it. Not only did he actually get the pedal, White was on the phone with CopperSound not even an hour later with ideas on how to expand the Telegraph to three keys.

That concept became the Triplegraph, featuring three Morse-code telegraph keys: The left key triggers an octave down, the right an octave up, and the middle activates the killswitch or an auxiliary loop. A press release explains the functionality best:

“In KILL mode, the middle key acts as a momentary killswitch, allowing the player to remove their dry signal and attain a fully wet octave up and/or down when used in conjunction with the octave keys. In AUXILIARY mode, the player can connect one or more of their favorite effects in parallel with the octaves via the send/return jacks, and trigger them in momentary bursts. The high and low octaves can be triggered in parallel with the dry signal when the octave keys are pressed independently. The octaves themselves track seamlessly with zero latency, and can be triggered in latching or momentary modes, using our ‘Loctave’ toggle switches. The telegraph keys themselves are composed of custom stainless steel and aluminum components, making them indestructible and exceedingly durable for both hand and foot operation.”

Available now, the Standard Edition Triplegraph is matte black with yellow and white print, while 100 Limited Edition units come in yellow with black and white print. The Limited Edition model is housed in a special box and includes a custom steel machined serial badge plate and a White-signed certificate of authenticity. Both versions come with a 130-page book documenting the origin of the pedal.

The Third Man Triplegraph is currently only for sale through the Third Man store, but you can also grab other Third Man guitar pedals here. Below, get a closer look at the pedal and watch White give it a test drive alongside drummer Carla Azar and bassist Dominic Davis. 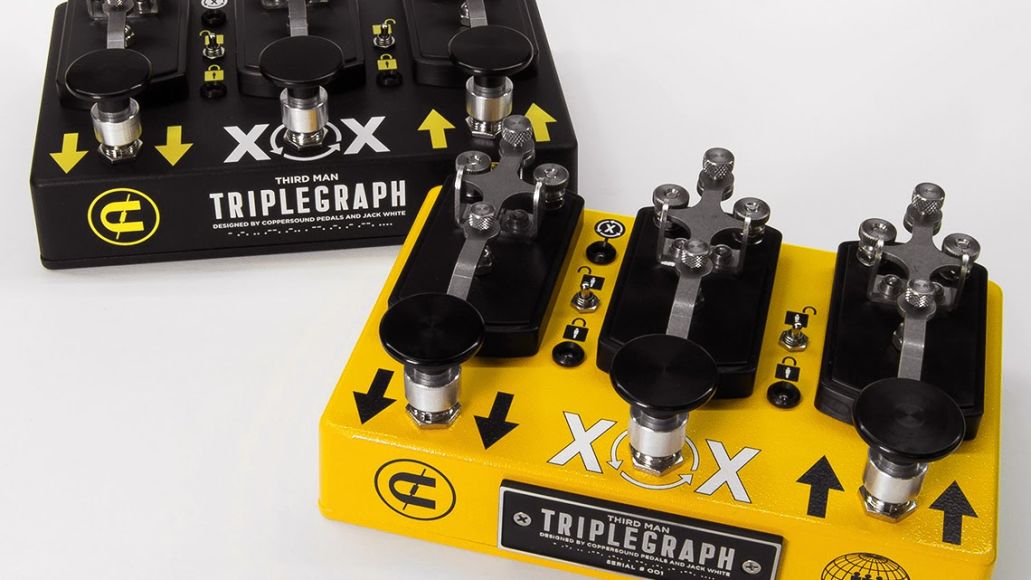