The Best of Bond…James Bond, a compilation of every theme song from the iconic film franchise, is getting a new update. UMe has announced they’re releasing a limited-edition 3xLP gold vinyl version featuring all 25 James Bond themes, including Billie Eilish’s recent addition to the canon, on November 20th via uDiscover Music and Sound of Vinyl.

Contributing a track to soundtrack 007’s suave spy antics is a musical rite-of-honor that reaches back to 1962, the year Dr. No debuted in theaters with the official “James Bond Theme” as performed by The John Barry Orchestra. After Matt Monro, Shirley Bassey, Tom Jones, and Nancy Sinatra recorded original numbers for the initial sequels, the James Bond team began branching out to acts like Louis Armstrong, Paul McCartney & Wings, and Carly Simon in the years that followed.

Since then, each decade has brought iconic touchstones to the plate: Duran Duran, A-Ha, and Gladys Knight in the ’80s; Sheryl Crow, Garbage, and Tina Turner in the ’90s; and Alicia Keys with Jack White, Madonna, and Chris Cornell in the ’00s.

The Best of Bond compilation was first released in 2000 and was later re-released with updated tracklists in 2002, 2008, and 2012. In the time since the album’s most recent pressing, three more Bond themes have been added to the canon: Adele’s “Skyfall”, Sam Smith’s “Writings On the Wall”, and Eilish’s “No Time to Die”.

The newly updated The Best of Bond…James Bond will also be available to purchase as a 3xLP black vinyl, a double CD release, and a digital download. Pre-orders are currently ongoing.

Every James Bond Theme Song Ranked from Worst to Best

The highly anticipated 25th James Bond film, No Time to Die, is still scheduled to hit theaters worldwide on November 12th. It’s the fifth and final outing for Daniel Craig, who returns as 007 to battle Rami Malek as main villain Safin. Thankfully, Craig won’t have to shoulder all of the action himself due to Ana De Armas and Lashana Lynch joining him as Paloma and Nomi respectively, the latter of whom even takes over Bond’s coveted number.

The Best of Bond…James Bond Artwork: 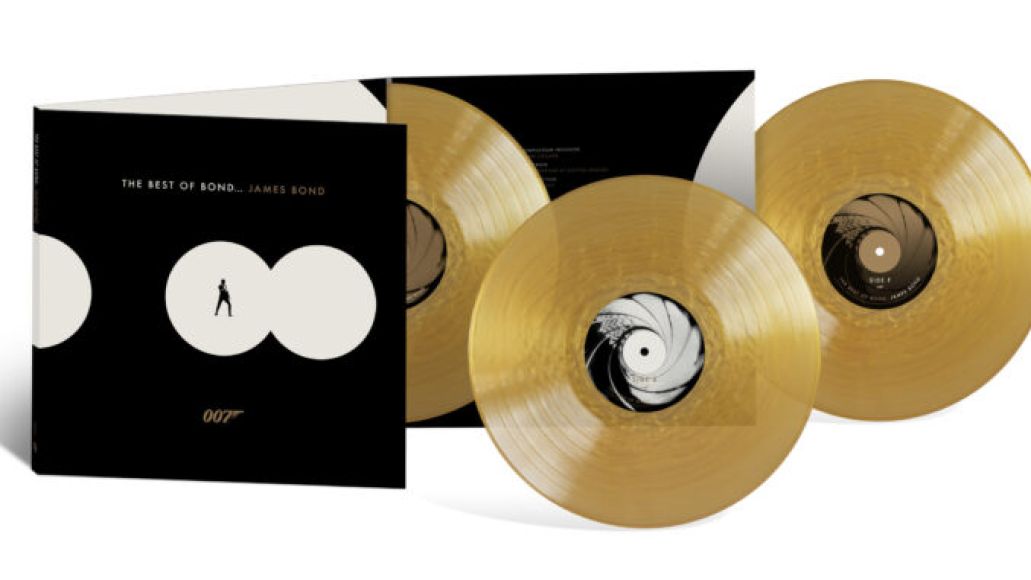 The Best of Bond…James Bond Tracklist:
LP1
01. James Bond Theme — The John Barry Orchestra
02. From Russia With Love — Matt Monro
03. Goldfinger — Shirley Bassey
04. Thunderball — Tom Jones
05. You Only Live Twice — Nancy Sinatra
06. On Her Majesty’s Secret Service — The John Barry Orchestra
07. We Have All The Time In The World — Louis Armstrong
08. Diamonds Are Forever — Shirley Bassey
09. Live And Let Die — Paul McCartney & Wings
10. The Man With The Golden Gun — Lulu