After putting out garage rock records for the last two decades, King Khan is looking to try something new on his next effort. Enter: The Infinite Ones, his first-ever jazz album, due out October 30th via Ernest Jenning Record Co. and Khannibalism.

According to King Khan, The Infinite Ones comes from “a place from deep within the soul” and serves as a tribute to iconic composers like Alice Coltrane, Ennio Morricone, Miles Davis, Sun Ra, John Carpenter, and Quincy Jones.

“In my 23 years of being a composer of music I have had the great opportunity to score several films all of which never got any commercial fame. These films were made from the blood and sweat of film directors and their crews who tirelessly made incredible documents that were ultimately ignored by humanity. But that never stopped them nor will it stop me. These tracks are from the infinite celluloid that runs deep in my mind, body and soul. In my lifetime i never thought i would see the deaths of ‘Celluloid’ or ‘analog recording’. I refuse to accept the coroner reports on said fatalities, so here is my offering to the canon of cinematic overtures and analog self-preservation, for the films in our heads yet to be made.”

Additionally, the new album contains a specific tribute to the late producer Hal Willner (“Hal”), “whose devotion to celebrating the weird and insane was like an insatiable thirst leading to deep introspection and joy in harmony and sonic dissidence.” Another one of the tracks, “Tribute to the Pharoahs”, is offered up in remembrance of Sun Ra Arkestra’s Danny Ray Thompson.

Iron and Wine and Calexico Re-Assemble in Solitude

As an early look at the forthcoming LP, King Khan is sharing “Wait Till The Stars Burn”, which features Sun Ra Arkestra’s Allen and Scott. It’s said to be a “planetary ode to the Sun.”

Stream the single below and pre-order The Infinite Ones here.

The Infinite Ones Artwork: 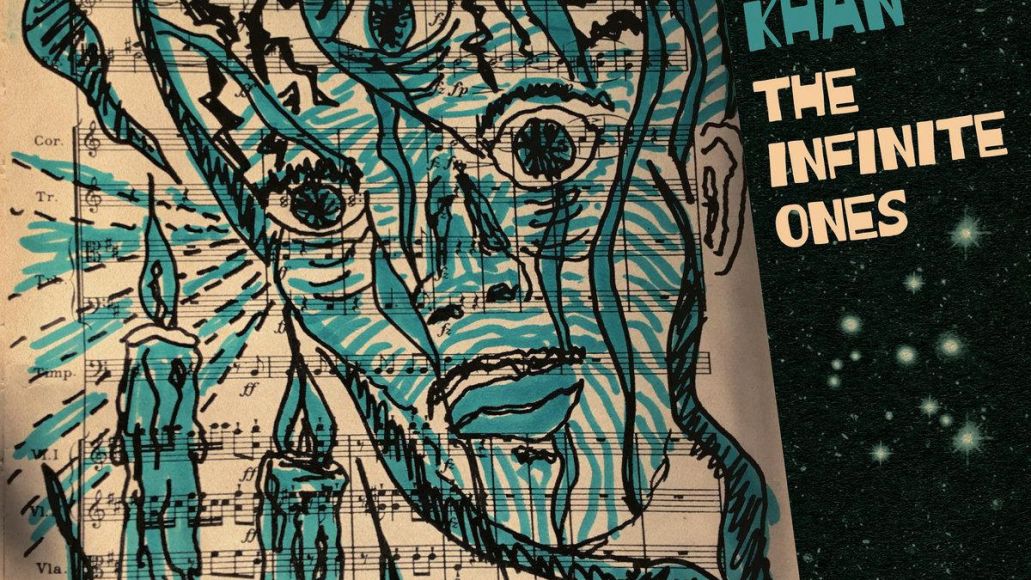