Kraftwerk brought their German-language albums to high-definition streaming for the first time back in July. Now, the pioneering electronic artists are giving fans another way to bring the rare music home. Kraftwerk have announced colored vinyl reissues of all six of their German LPs as well as the eight UK releases that made up 2009’s 12345678 – The Catalogue box set.

Arriving October 9th via Parlophone Records, the limited edition, individually available releases will see many of the featured albums pressed on colored vinyl for the first time. The 14 total records utilize the same remasters from the 12345678 release, and each comes packaged with an illustrated booklet highlighting Kraftwerk’s iconic imagery.

Among the German titles is Radio-Activät, which, while featuring the same audio as the UK edition, sees German-language titles on the artwork. That’s pressed to translucent yellow vinyl, while the other DE titles include Trans Europa Express (clear), Die Mensch-Maschine (translucent red), Computerwelt (translucent neon yellow), Techno Pop (clear), and the remix album The Mix (white).

The UK versions of the studio albums will be pressed on the same colors as their German counterparts, while Autobahn comes on translucent blue vinyl and the two-disc Tour De France will come on translucent blue and translucent red. Take a look at all the albums and their vibrant cover sleeves below.

All these reissues come just months after Kraftwerk co-founder Florian Schneider passed away at the age of 73. The current iteration of the group had intended to head out on a 50th anniversary 3D tour this years, but called off those plans due to the COVID-19 pandemic. 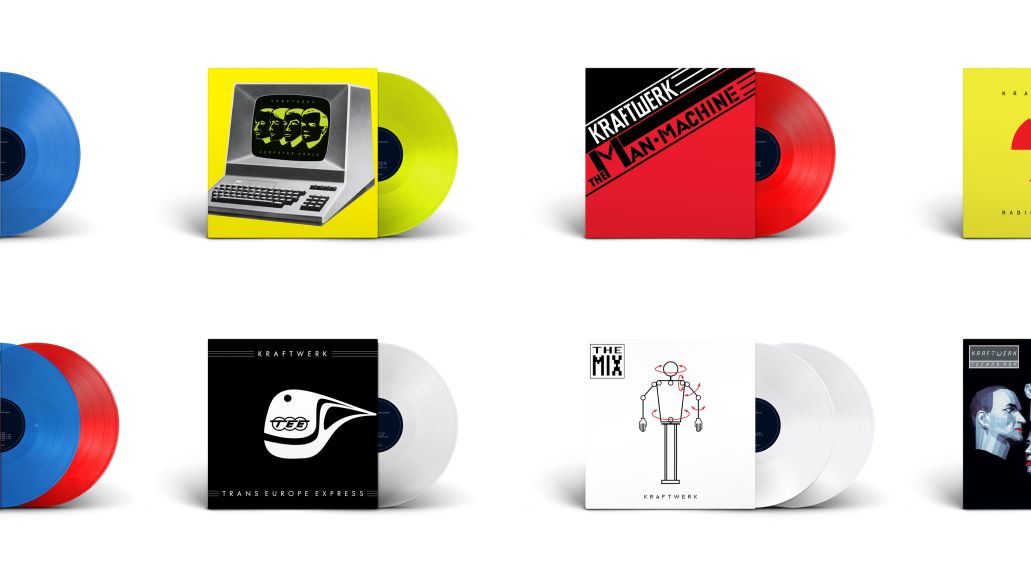