Howard Stern stirred up a debate on his SiriusXM show this week when he sought to determine the greatest drummer of all time. To settle the argument, he and his co-hosts called upon Metallica stickman Lars Ulrich to cast the deciding vote.

Prior to Ulrich’s involvement, the Howard Stern Show personalities seemed to narrow it down to Led Zeppelin’s John Bonham and Rush’s Neil Peart. Stern himself appeared to settle on Bonham, but the most qualified person on the staff, Richard Christy, made a strong case for Peart.

In addition to being a longtime writer and personality on The Howard Stern Show, Christy is a gifted drummer himself, having played in the bands Death, Iced Earth, and his current supergroup Charred Walls of the Damned.

A caller named Joe from New Jersey suggested they contact Ulrich to settle the debate, with Stern betting Joe $100 that Ulrich would pick Bonham. The show did just that, and had Lars on the next day.

Adding to the suspense, Lars didn’t reveal his pick right away, throwing in Deep Purple’s Ian Paice and AC/DC’s Phil Rudd into the mix, as well.

Lars went on to talk about a phone call he had with Peart when Metallica were first starting out. “The first time I ever met Neil, it was 1984,” recalled Ulrich. “Our manager Cliff [Burnstein] signed Rush, and I had drum questions about gear and this and that. He goes, ‘Neil loves to talk to younger drummers.’ He goes, ‘Call Neil. He wants to hear from you.’ And it was, like, ‘Huh?!'”

Ulrich continued, “I was 20 years old with not a pot to piss in. And I called him, and we spoke 30, 45 minutes on the phone and were geeking out on drums.”

Despite that memorable phone call with Peart, Ulrich ultimately agreed with Stern and picked John Bonham as the greatest drummer of all time.

10 Moments That Show the Awesomeness of Rush’s Neil Peart

Last month, Metallica emerged from lockdown to make a lengthy appearance on The Howard Stern Show, during which the band chatted and performed three songs. In recent interviews, Metallica have suggested they’ll continue work on a new album in the coming months. 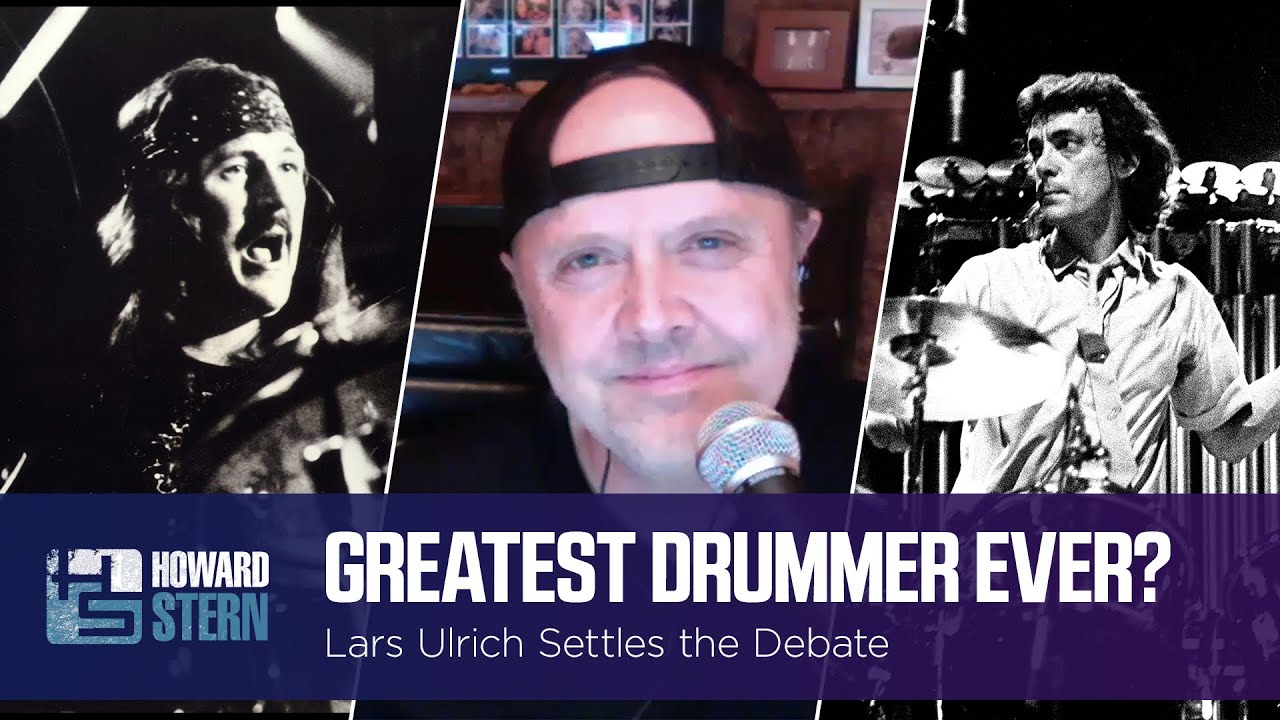