HBO’s Lovecraft Country has been a wild ride so far. In just four episodes, we’ve seen haunted houses, vampiric monsters, and mysterious cults, along with the real world horrors of Jim Crow laws and white supremacy. The series’ fifth episode — this past Sunday’s “Strange Case” — manages to top all of that with one of the most disturbing scenes in recent memory. In a twist on Robert Louis Stevenson’s novella The Strange Case of Dr. Jekyll and Mr. Hyde, Ruby (Wunmi Mosaku), a Black woman takes a potion and wakes up in a white body. At first, she’s shocked and horrified, but begins to see the value in this new “currency” of whiteness. The potion eventually wears off, causing Ruby to violently shed her new skin in bloody chunks.

As her white counterpart “Hillary” (Jaime Neumann), Ruby takes her dream job as assistant manager at a department store. She reports to Paul (David Stanbra), a white man who is quick to note that Ruby is overqualified even for his own job. On a group outing to a nightclub, he attempts to assault Tamara (Sibongile Mlambo), the store’s only Black employee. She clearly says no and bites him in order to escape. As she runs away, Paul hurls a disgusting racial slur at her. Ruby watches this happen, but is unable to intervene having just completed a bloody transformation back into her original body. 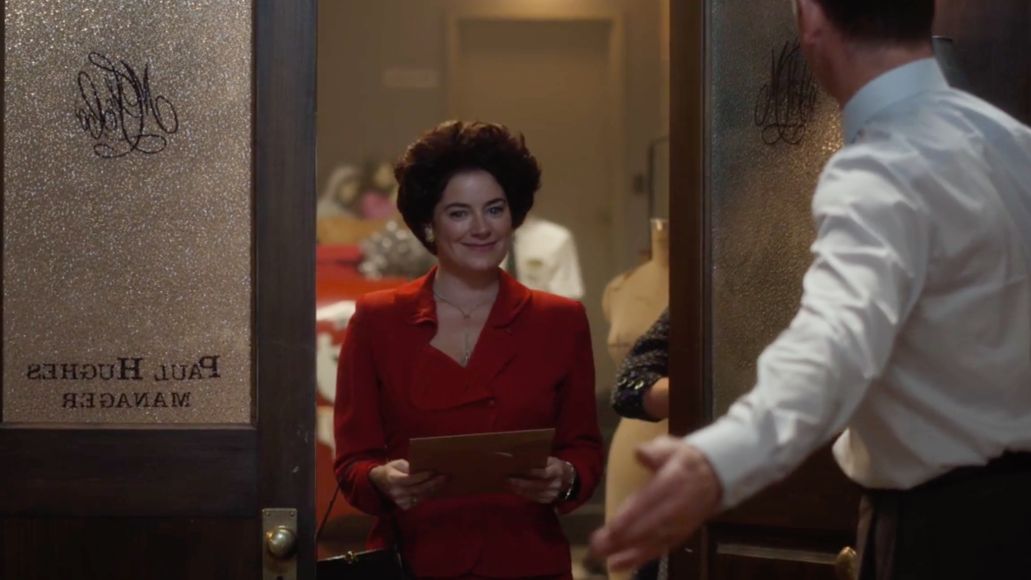 The next day, Ruby offers her resignation under the guise of wanting to sleep with Paul, but what she has in mind is more vicious. She seduces him, strips him, binds him, wraps his belt around his neck and commands him to suck the heel of her shoe. She then violently rapes him with this stiletto heel, letting her rage flow out with each strike. During the attack, the potion begins to wear off and she transforms again. Each time she assaults Paul, more of her skin melts off of her body in bloody globs, leaving a puddle of gore and white skin on the floor. It’s one of the most shocking, triggering, and cathartic scenes I’ve ever seen.

Make no mistake, this is a rape. Paul is brutally assaulted and I’ve been both disturbed and conflicted about it since first viewing. I am a survivor of sexual assault, and I’ve dealt with my share of rage through the course of my recovery. My attacker eventually went to jail for attacking someone else, and a friend asked me if it made me feel better knowing he was probably being raped there. I’ve thought about that question many times over the years, and my answer is always no. I would never wish that on anyone else. But damned if it doesn’t feel good to see here.

By logical moral codes, what Ruby does to Paul is wrong. But it feels earned because we know that he will never face any other consequences. He’s planning to fire Tamara and will continue assaulting women because he knows he can get away with it. When justice is unavailable, sometimes it feels like the only option is revenge. Ruby is not a victim, but she becomes a vigilante exacting this absent justice for every victim who will never see the person who assaulted them punished. It is simultaneously problematic and extremely cathartic. 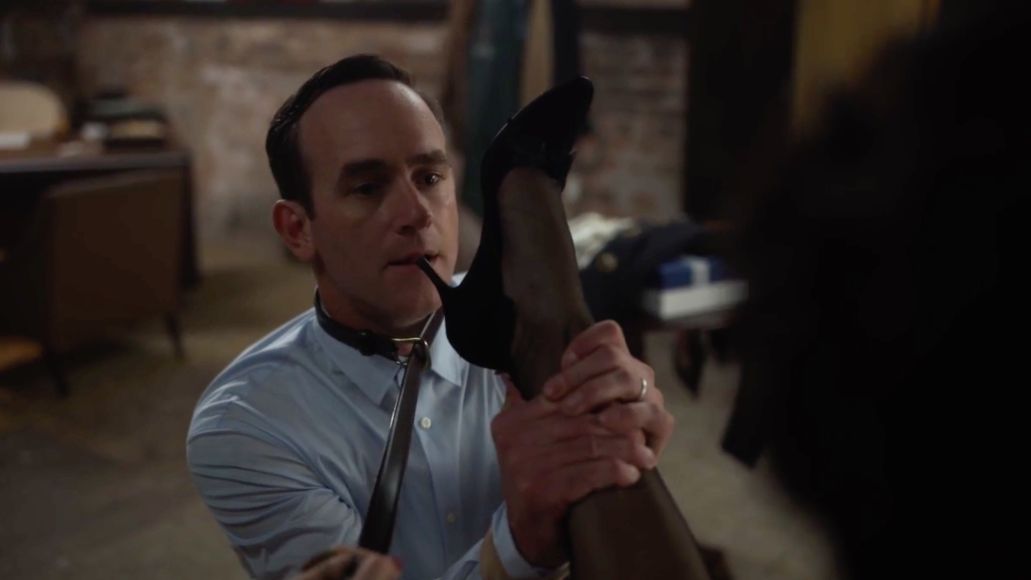 Rape is physically damaging, but the psychological damage mostly comes from losing your power; losing control over what happens to your body. It’s terrifying and humiliating and nearly impossible to explain to anyone who hasn’t experienced it. This is why justice often feels so hollow. True justice would see rapists fully comprehend the emotional pain they’ve caused, as well as the physical, but unfortunately many never will. We see that understanding in Paul. The look in his eyes as he tries to make sense of what is happening, wonders how much longer it’s going to last, and panics at losing control tells us he is suffering mentally as well, and allows survivors to vicariously experience the vengeance they will likely never get in reality.

As a Black woman, Ruby is also avenging the racism and oppression that allows Paul to prey on Tamara. When she is finished, she steps on his chest with that same heel and uses Paul’s own racial slur against him when revealing her true identity. She is not only avenging victims of sexual assault, but for victims of racist oppression. She’s calling on the silent rage of generations of Black women and men whose power was stolen by men like Paul and giving it a voice.

Whenever we right a power imbalance, there’s a pull towards vengeance. It’s tempting to want to regain that power by taking it from someone else. I’m not judging Ruby’s actions because I know how strong the need to lash out in rage can feel. But that kind of power only masks the pain for a short time. Maintaining that feeling of satisfaction requires holding onto someone else’s pain and fear, which only adds toxicity to our own lives. However, when justice is unavailable, it feels better than nothing. 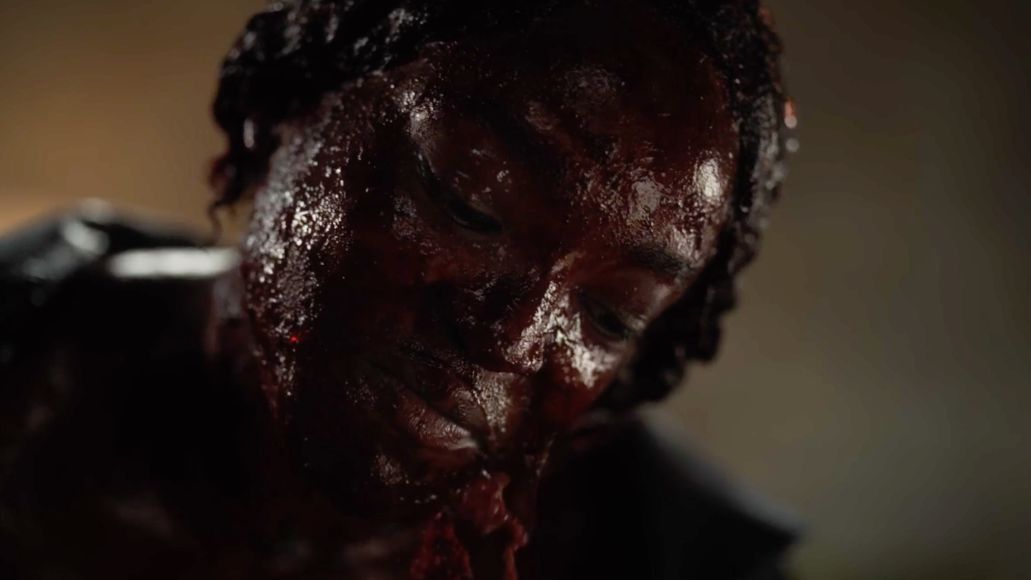 The most cathartic aspect of this scene is Ruby’s metamorphosis. As she vents her rage, she literally transforms into someone who is allowed to let her anger show. After a lifetime of being forced to submit to white men, she is finally able to express her true feelings. Ruby not only sheds her skin, she rips off the shell she’s been forced to hide in for fear of attracting attention. Her skin melts off like the rage oozing out of her pores. When she’s finished, she is a bloody mess, but she is fully herself.

When we tell our stories, we are revealing a side of ourselves not designed to please a world demanding female perfection. It’s empowering to let that pain and rage show, even though the world may find it horrific. But it’s the world that should change, not us. I will make a moral judgement on Ruby’s actions after we start holding racists, rapists, and those who enable them accountable for theirs. Not before. 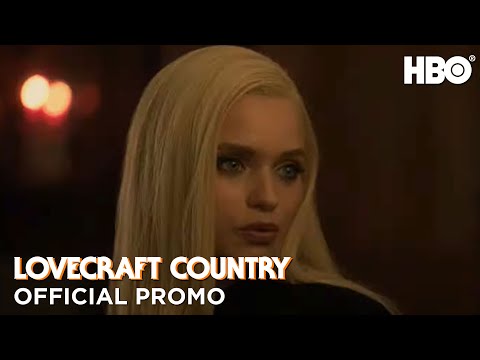