Two Minutes host Gwarsenio Hall (in corpse-paint) often assembles an all-star team of metal luminaries to carry out these performances, and this latest grouping is formidable: Mastodon’s Brann Dailor on drums and vocals; guitar-work from Cave In’s Stephen Brodsky and Russian Circles’ Mike Sullivan; vocals from Justin Sailor of Painted Wives; and bass from Gwarsenio Hall (aka Jordan Olds).

As per usual, it’s an excellent rendition and mixed well — an under-appreciated element of these socially distant performances given all the disparate parts that were recorded separately.

“Martin Scorsese’s Alice in Chains doesn’t live here anymore,” the YouTube caption reads. “We covered ‘Rain When I Die’ and we did it with some added panache.”

The cover versions have been immensely entertaining, with metal musicians staying sharp during a pandemic that’s left them confined to rehearsal studios and home-recording setups. A recent Two Minutes to Late Night collaboration featured Max Weinberg covering the Misfits with members of My Chemical Romance, Hatebreed and more, while another included members of Coheed and Cambria, Tool, Mastodon, and Primus covering Rush.

The Alice in Chains nostalgia remains palpable. The band celebrates a pair of significant anniversaries this year for 1990’s Facelift and the 1995 self-titled album, which turns 25 on November 7th. This has brought with it some Alice covers, including a new Dirt tribute album featuring a crushing version of “Them Bones” performed by Louisiana sludge band Thou.

Check out the Two Minutes to Late Night cover of “Rain When I Die” below. Help keep more “Bedroom Covers” coming via Patreon. 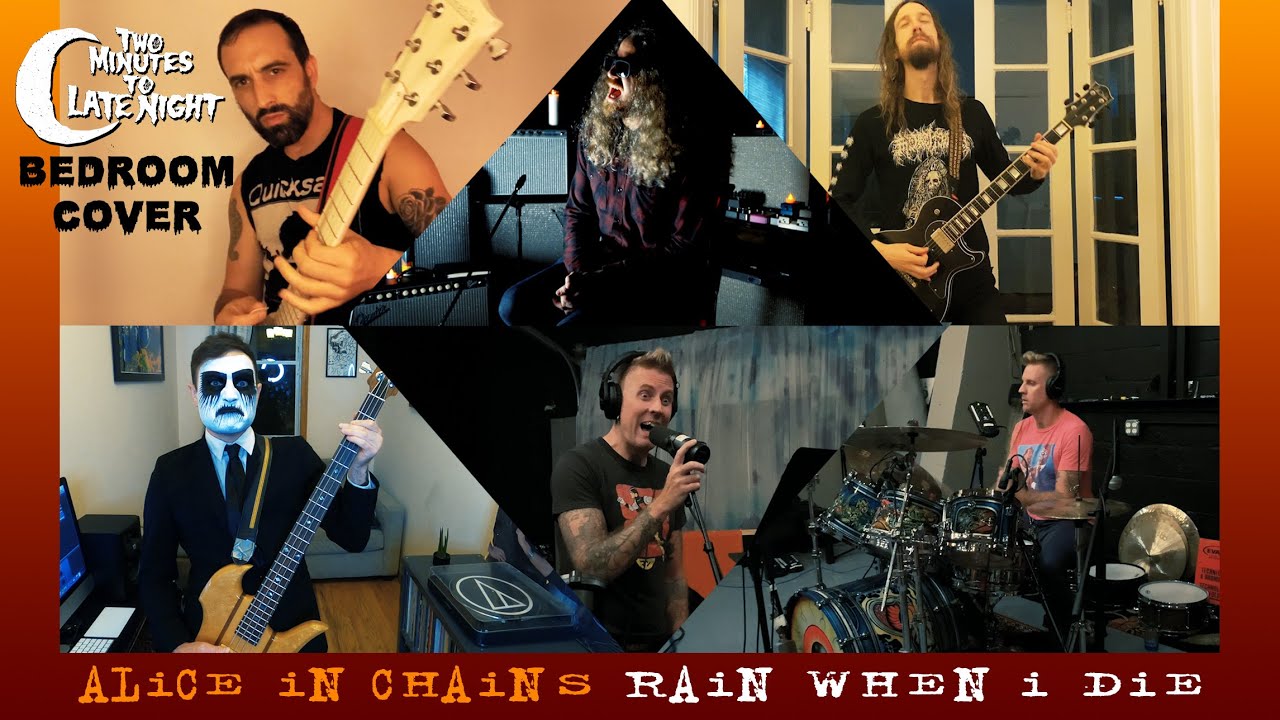 Members of Mastodon, Russian Circles, and More Cover Alice in Chains' "Rain When I Die": Watch