Sade Adu and her eponymous band have announced a new vinyl box set that collects every Sade album to date. The career-summing This Far will be available October 9th through Sony Music.

Over six luscious LPs, Sade has written about the great human passions with disarming sincerity and a killer instinct for the smooth. The lady herself was always the star, ensnaring and elusive, with a rare gift for retaining her charms even as she maintained her privacy. But real ones know, Sade is a beloved band and not just a beloved singer, and the contributions of Stuart Matthewman (saxophone/guitar), Andrew Hale (keyboards), and Paul Spencer Denman (bass) should not be dismissed. Now, all six records — Diamond Life (1984), Promise (1985), Stronger Than Pride (1988), Love Deluxe (1992), Lovers Rock (2000), and Soldier Of Love (2010) — are available in a crisp new remaster.

For This Far, the band used a slightly unusual remastering process. Working with longtime co-producer Mike Pela and engineer Miles Showell at the famed Abbey Road Studios, Sade began with digital transfers of the original stereo master mixes. They then utilized Showell’s restored Neumann VMS80 cutting lathe in what a statement called an “elaborate, half-speed mastering process.” This method promises “exceptionally clean and detailed audio whilst remaining faithful to the band’s intended sound.” That same spirit of faithfulness extends to the album sleeves, which have been reproduced in exact detail.

This Far arrives October 9th, and pre-orders are off and running. Check out the artwork below.

While the new box set will contain all of Sade’s albums, it will still be short a couple of songs. In 2018, the band returned with contributions to two film soundtracks, “Flower of the Universe” and “The Big Unknown”, the latter of which was shortlisted for a 2019 Oscar. 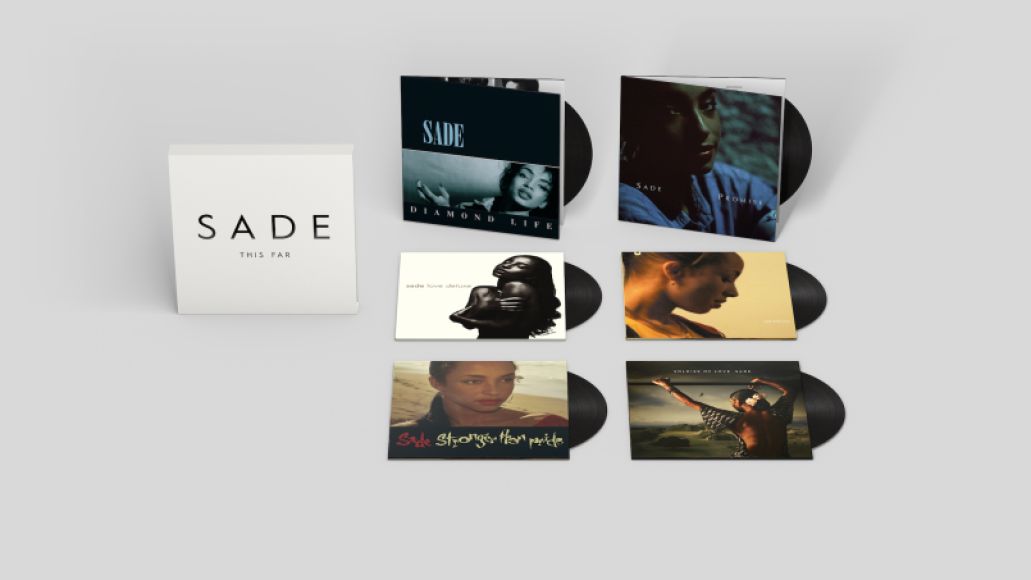