If you were wondering what a couple of smart-mouthed assholes think of 2020, wonder no longer: South Park has announced a new hour-long episode addressing the novel coronavirus. “The Pandemic Special” airs Wednesday, September 30th, at 8 p.m. ET.

Season 23 came to an end in December of last year, and “The Pandemic Special” kicks off Season 24. As with each of the hundreds of previous episodes, it will be written, produced, and edited by Trey Parker and Matt Stone. A trailer for the special episode is out now, and while Stan, Kyle, and Kenny are expected to be present, the season opener seems to be driven by the show’s agents of chaos, Randy and Cartman.

The trailer finds Randy with a galaxy-brain idea to capitalize on quarantine. He announces his own “Pandemic Special,” which the clip emphasizes with the sound of a cash register. Meanwhile, as classes resume, Cartman schemes to stay home. He yells that, “They’re going to try and make us go to school. Do you really want to go back to that slavery?”

Along with the preview, Comedy Central released a synopsis of the episode. It reads,

“Randy comes to terms with his role in the COVID-19 outbreak as the on-going pandemic presents continued challenges to the citizens of South Park. The kids happily head back to school but nothing resembles the normal that they once knew; not their teachers, not their homeroom, not even Eric Cartman.”

Check out “The Pandemic Special” trailer below. Last fall, Comedy Central renewed South Park through 2022. The previous season was among the most controversial yet, featuring a take on ICE and immigration in which Cartman separates Kyle’s family, as well as the infamous “Band in China” episode that got South Park (and DJ Zedd) banned in China. Even so, the show landed on HBO Max, minus 5 episodes mocking religion. Last April, Trey Parker and Matt Stone picked their best and worst episodes. 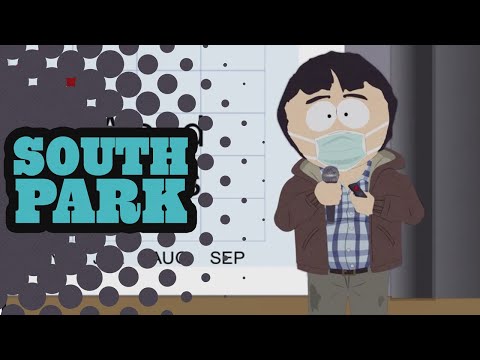