In our new music feature Origins, we give artists the opportunity to delve into the backstory of their latest single. Today, Emile Mosseri tells us about the making of his original soundtrack for Miranda July’s Kajillionaire.

In addition to colorful characters and engaging story arcs, a good chunk of what makes a Miranda July film so alluring is its music. That’s certainly the case for Kajillionaire, a comedy-drama about a family of con-artists and July’s “most coherent and story-driven effort to date.” After premiering at Sundance earlier this year to rave reviews, the film is due out later this week and comes with an original soundtrack beautifully crafted by composer and pianist Emile Mosseri.

Known for his work on The Last Black Man in San Francisco and Homecoming Season 2 starring Janelle Monáe, Mosseri creates a compelling narrative with his compositions, one that works in tandem with — rather than stands apart from — July’s own. In other words, Kajillionaire finds its magic where these two creatives meet.

We had our first glimpse at Mosseri’s deft touch on “Mr. Lonely”, his gorgeous cover of Bobby Vinton recorded in collaboration with the Angel Olsen. Now, the musician is sharing a piece called “Infinite Love”. As its title suggests, the song was made to fully consume its listener — offering an abundance of everything from warm fuzzy feelings and tantalizing drama to delicate whimsy and the spark of hope. (Think of a soundtrack helmed by The Shins and Arcade Fire.)

“Infinite Love” is led by Mosseri’s lilting vocals, which grow stronger and grander with every passing second. Continuous waves of rolling piano keys accompany him, adding to the build-up that finally gives way around the 1:15 mark. At this point, listener, you’ve successfully been swallowed whole.

Stream it down below, and then read on for Mosseri’s Origins on the track.

Nino Rota was my first favorite composer. I loved this score in particular as a teenager and would write music influenced by him but it never found a home on an album or film score. It became a starting point for how I wanted to approach the romantic side of Miranda’s score. His music has this circus-like vibe that dips in and out of darkness but is always beautiful. It was fun to play around with writing my version of that kind of classic film music. Also, Kajillionaire has a new and unexpected angle on a LA story, so this kind of Old-Hollywood via Italian cinema music reimagined leant itself to the world Miranda created. Full of darkness, wonder and romance.

I love this record so much. This song is particularly beautiful and fearlessly romantic but never saccharine. It’s stylistically very different from the score, but spiritually connected to me. Also his solo records are so cinematic. Would love to see a film use this or another song of his as an ending sequence or during the credits. (May have already happened for all I know.)

“Noontime Twin” was one of the first pieces of music Miranda sent me when we started getting calibrated and sending each other music. It kind of loosely informed the vibe of the score. I love that the voices sound like an organ (or whatever that sound is) and the organ sounds like a voice. It all bleeds into itself and becomes this kind of unidentifiable synthetic yet human wall of sound. There’s also something very primal and hypnotic about it.

This piece is so beautiful and calming. I don’t know much about this band, other than that they are from the 70’s and from Canada but they sound like they could be from the future and from anywhere on this planet or another. Even the name of this track “Hollywood Dream Tip” feels connected to Kajillionaire. This kind of dreamy, timeless LA vibe that’s both alien and deeply moving. Also seems fitting, this whole score and the process of making it was like a Hollywood dream. 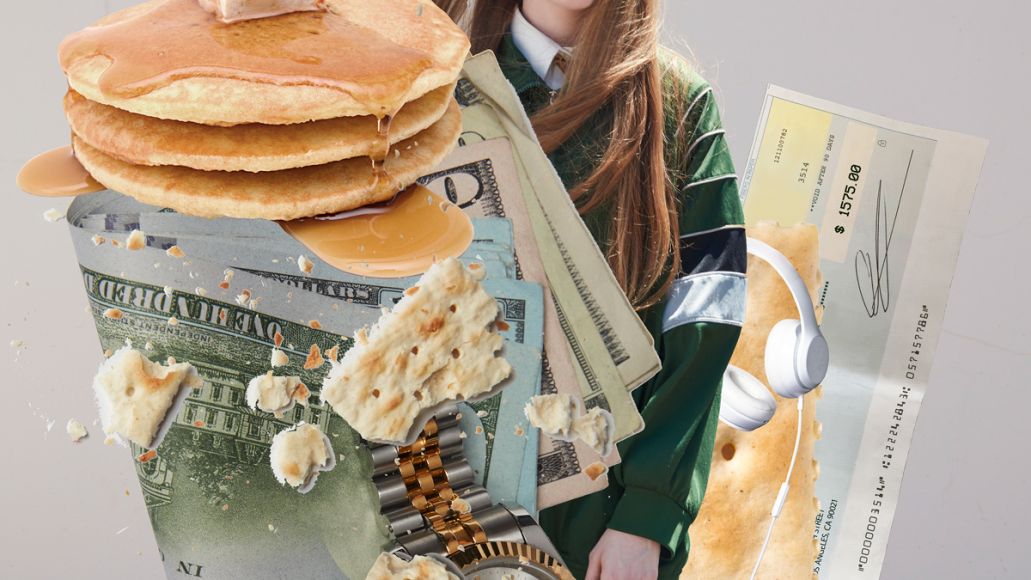