Tekashi 6ix9ine has released his new album TattleTales. Stream it below via Apple Music and Spotify.

This studio effort follows his 2018 debut Dummy Boy, which charted at No. 2 on the Billboard 200. TattleTales features his No. 1 single “TROLLZ”, as well as other singles “GOOBA”, “YAYA”, and “PUNANI”. Notably, it’s the first album 6ix9ine has dropped since his early release from prison back in April.

Everything about this record, and his career for that matter, is a radical shift in the way rappers earn credibility. Back in 2019, the rainbow-haired MC born Daniel Hernandez pleaded guilty to racketeering, firearm possession, and drug trafficking charges that stemmed from his involvement with the Nine Trey Gangsta Bloods. In a bewildering contradiction to the age-old street code of not snitching, Hernandez cooperated heavily with prosecutors to get a reduced prison sentence, effectively making him a rat with a target on his back. If that doesn’t make him unlikable enough, he’s also a convicted sex criminal with a history of domestic violence against the mother of his child.

However, none of this has stopped Hernandez from continuing his career as 6ix9ine — in fact, it’s only fueled it. The 24-year-old allegedly signed a $10 million record deal from prison, and he’s obviously doubled down on his public persona as a snitch by titling the album TattleTales. No one in the history of popular hip-hop has been so flagrant about their willingness to turn on their fellow gang members, but clearly it’s been working out for 6ix9ine. His fan base hasn’t backed down, as the success of his recent singles prove, and TattleTales will likely place extremely high on the charts once again.

Tekashi 6ix9ine Spills Everything About His Former Gang, Names Cardi B in Testimony [Updated]

In a brilliantly confrontational interview with the New York Times, 6ix9ine offered up a whole bounty of unsurprisingly brash and controversial quotes. Among the topics addressed: why he’ll continue to use the N-word (Hernandez is not black); how he’s voting for Trump; and what it’s like to live with a security team of almost two dozen.

“There’s no difference between me and Tupac Shakur,” he said at one point, comparing himself to the late icon both artistically and in relation to their respective histories of sexual misconduct. In response to being asked why he isn’t more thoughtful and introspective in his music, Hernandez chalked it up to careerist strategy:

If that’s your thing, TattleTales is out now via Scumgang and Create Music Group. 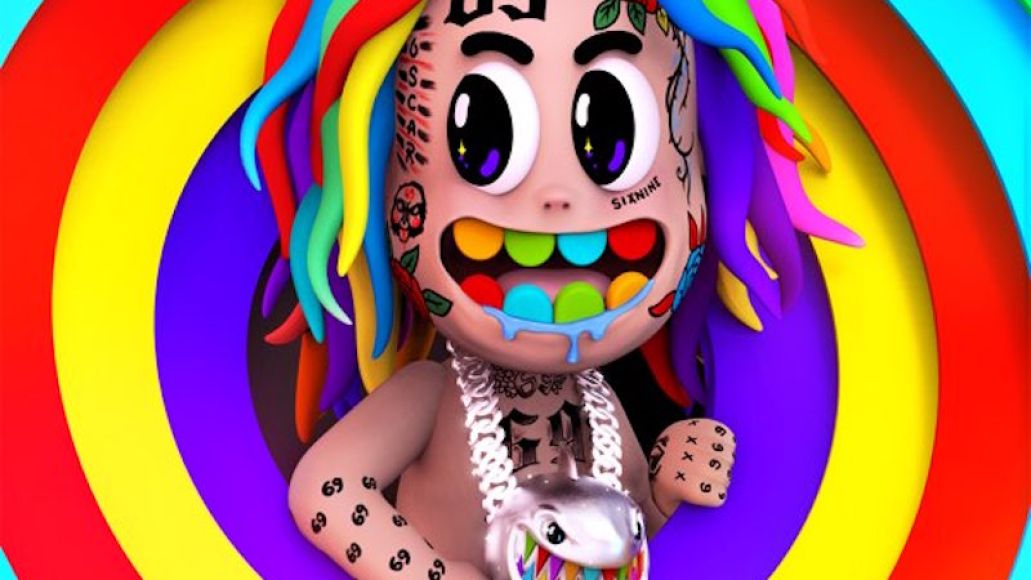