U2 will mark the 20th anniversary of their 2000 album All That You Can’t Leave Behind by releasing a new 51-track Super Deluxe Box Set on October 30th.

The expansive tracklist boasts a fresh remaster of the album and 39 bonus tracks, including remastered B-sides (“Summer Rain,” “Always”, “Big Girls Are Best”, “Don’t Take Your Guns To Town”), studio outtakes (“Levitate”, “Love You Like Mad”, “Flower Child”), an acoustic version of “Stuck In A Moment You Can’t Get Out Of”, and various remixes. Additionally, the set touts a 19-track live performance from U2’s “Elevation Tour”, recorded at the Fleet Center in Boston in June 2001, plus a 32-page hardback book featuring unseen images of the band captured by Anton Corbijn.

In addition to the Super Deluxe Box Set, the remaster of All That You Can’t Leave Behind will receive a standalone release. Pre-orders are now ongoing.

Below, you can stream U2’s acoustic version of “Stuck In A Moment You Can’t Get Out Of”. 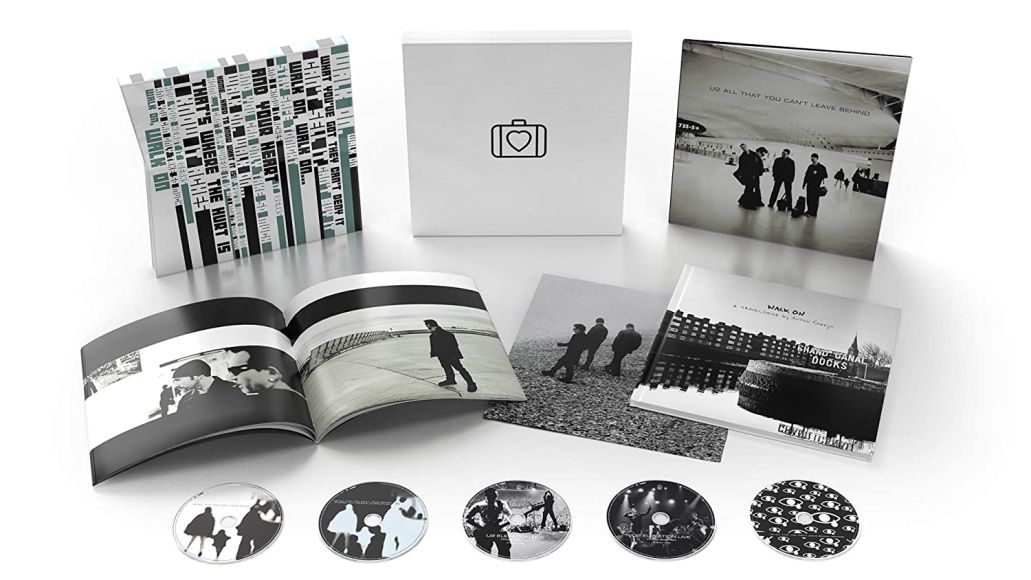