The Pitch: Adolescence is rough enough in the best of circumstances; hormones rage, rebellion rises, and you’re left wondering about the state of the world you’re growing into. But try growing up on a military base in a foreign country during the 2016 election — surrounded by conformity in a terrifying year for budding authoritarianism — with the promise of joy and freedom just one town over. That’s the world in which rebellious iconoclast Fraser (Jack Dylan Grazer) lives, his mother, Sarah (Chloë Sevigny), having just been promoted to the commander of a US military base in Italy. He bristles against the move, taking out that frustration in exasperated shrugs and outbursts at both Sarah and her partner, a fellow soldier named Maggie (Alice Braga), who tries to negotiate their dysfunction from the outside.

Fraser eventually finds a sense of community with the other kids at the base, particularly the shy, thoughtful Caitlin (Joran Kristine Seamón), whose father (Kid Cudi) resents having to take orders from a lesbian. Both struggle with their genders, their aesthetic presentations, and the perplexing expectations of their military parents. As they navigate both their friendship and that of the others in their friend group, they may just come to a better understanding of themselves, and each other.

I Am He Who Aches: It’s tough to really dive into the meat of Luca Guadagnino’s series for HBO, considering only four of the eight episodes were made available for review. But We Are Who We Are (or as Nigel Peake’s title cards so preciously abbreviate it, WRWWR) is less interested in story than in mood. We don’t so much learn about our characters as we linger next to them, craning our necks to intuit what they must be thinking as they share a glance or stare out at the beach.

Comparisons rightly abound to Guadagnino’s Call Me by Your Name, with its languid explorations of American youth set among an idyllic Italian setting. Like Elio and Oliver (without the troubling age gap), Fraser and Sarah move through time at a snail’s pace, Guadagnino seemingly drawn to the innate timelessness of adolescence. Many of us remember the idle summers of our youth, days where time seemed to stand still, and we had nothing to do but sit with our conflicted emotions and changing bodies to figure out what we were going to become. It’s an instinct Guadagnino seems obsessed with, and it plays out among the slow, airy pace and deliberate meanderings of the show’s rhythms. 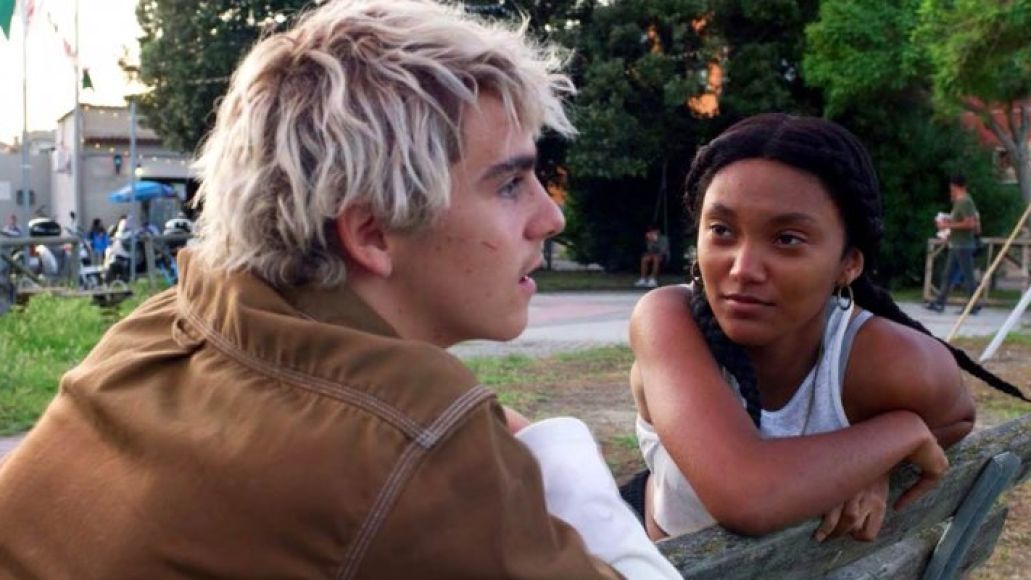 The Battlefield of Youth: It’s not just the kids who exist in a liminal state, however — everyone on the base navigates a messy web of connections between Italy and America. “Americans can only be happy in America,” Fraser complains to Maggie, who replies, “This is America.” At the base, they’re home without being home, Guadagnino contrasting the identity-shifting teens at the center of WRWWR (Fraser’s bold fashion choices include baggy streetwear and bleach-blonde hair) against the groups of uniformed soldiers marching in formation. Everything’s shot with an observational elan, lingering over the spaces where our characters are existing and have existed; Dev Hynes and John Adams’ scoring is dynamic and plaintive and nicely accompanies the narrative uncertainty of Guadagnino’s subjects.

But just beyond the confines of the base, there’s the coastal town of Chioggia, with its striking architecture, open beaches, and relaxed drinking age. Fraser, Caitlin, and their friends take every chance they get to go there, and it’s in these moments Guadagnino’s lilting, observational eye takes the greatest interest in his young charges. They frolic, stew, and contemplate with all the urgency of people who don’t quite realize they have their whole lives ahead of them. One episode, in which one of the friends hastily marries his Italian girlfriend the day before he ships out, is a masterclass of unspoken tensions and liberating frivolity as the friends break into a modernist town house while the owners are away. There, they hold a messy, horny bacchanal of a reception, bathed in blue neon lights and the detritus of discarded clothes and cigarette butts.

Chioggia proves a powerful temptation for the adults, as well. The third episode sees both sets of parents celebrating a local festival in the town, splitting off to occasionally lament the undefinable ways they’ve themselves changed. “I used to be a lot of things,” Caitlin’s mother Jenny (Faith Alabi) confesses to Maggie, two women who’ve subsumed themselves to more dominant spouses who pull them along the direction of their lives. “Then I stopped being a lot of things. Truth is, I don’t know who I am anymore.” 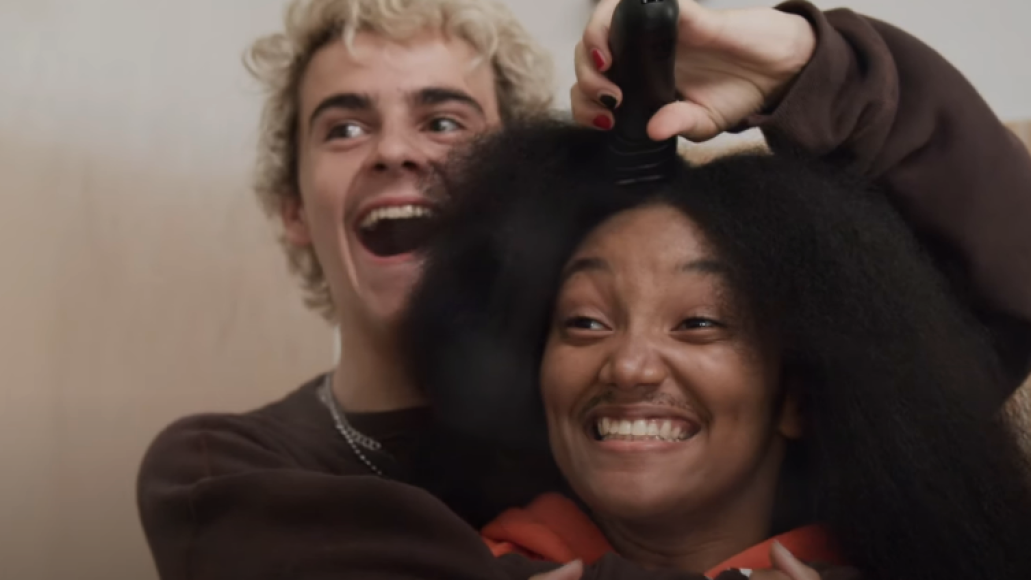 Fast Fashion, Fast Feelings: It can take a while to warm up to We Are Who We Are, especially given the relative staticness of the show’s first two episodes, which play out the same day from Fraser and Caitlin’s perspectives, respectively. Guadagnino’s idleness can take some getting used to, and the slow pace of the episodes challenge you to forget any notions of a plot-driven series. Like with Sarah, Fraser’s personality takes a great deal of patience to be around at first: at first blush, he’s the worst kind of 14-year-old, a snotty, rebellious brat who plays at world-weariness (he reads Burroughs and opines on the state of the world with smug overconfidence).

But once he finally fully enters Caitlin’s friend group, and grows closer to her in ways that aren’t quite friendship and aren’t quite love, the show opens up to its broader ensemble and turns what would be a cloying story about two misfit teens finding each other into a broader story about the way identity changes throughout our lives. Given more context to study Grazer’s compellingly lonely performance, we better understand Fraser’s outbursts as the flailings of a boy trying on a bunch of identities to see what fits. Same goes for Caitlin, Seamón’s face embodying a quiet calm that hides a hidden tempestuousness; she’s the studious center around which so much of We Are Who We Are gravitates.

The Verdict: “There’s a revolution going on inside of you,” Fraser says to Caitlin as they marvel over pictures of a trans man’s evolution from who he was to who he is now. It’s a moment reflective not just of the pair’s own experimentation with gender (it’s not an explicitly trans story, but both characters play with androgynous presentation), but of the tempest of teendom itself. If there’s one thing Guadagnino knows how to do, it’s capture the feeling of characters in limbo, whether by age or circumstance; if spending eight hours in that kind of gorgeously fitful purgatory appeals to you, there’s a lot to appreciate in We Are Who We Are.

Where’s It Playing? We Are Who We Are figures itself out on HBO starting tonight, with new episodes airing Mondays.

Luca Guadagnino's We Are Who We Are Lingers on the Limbo of Adolescence: Review